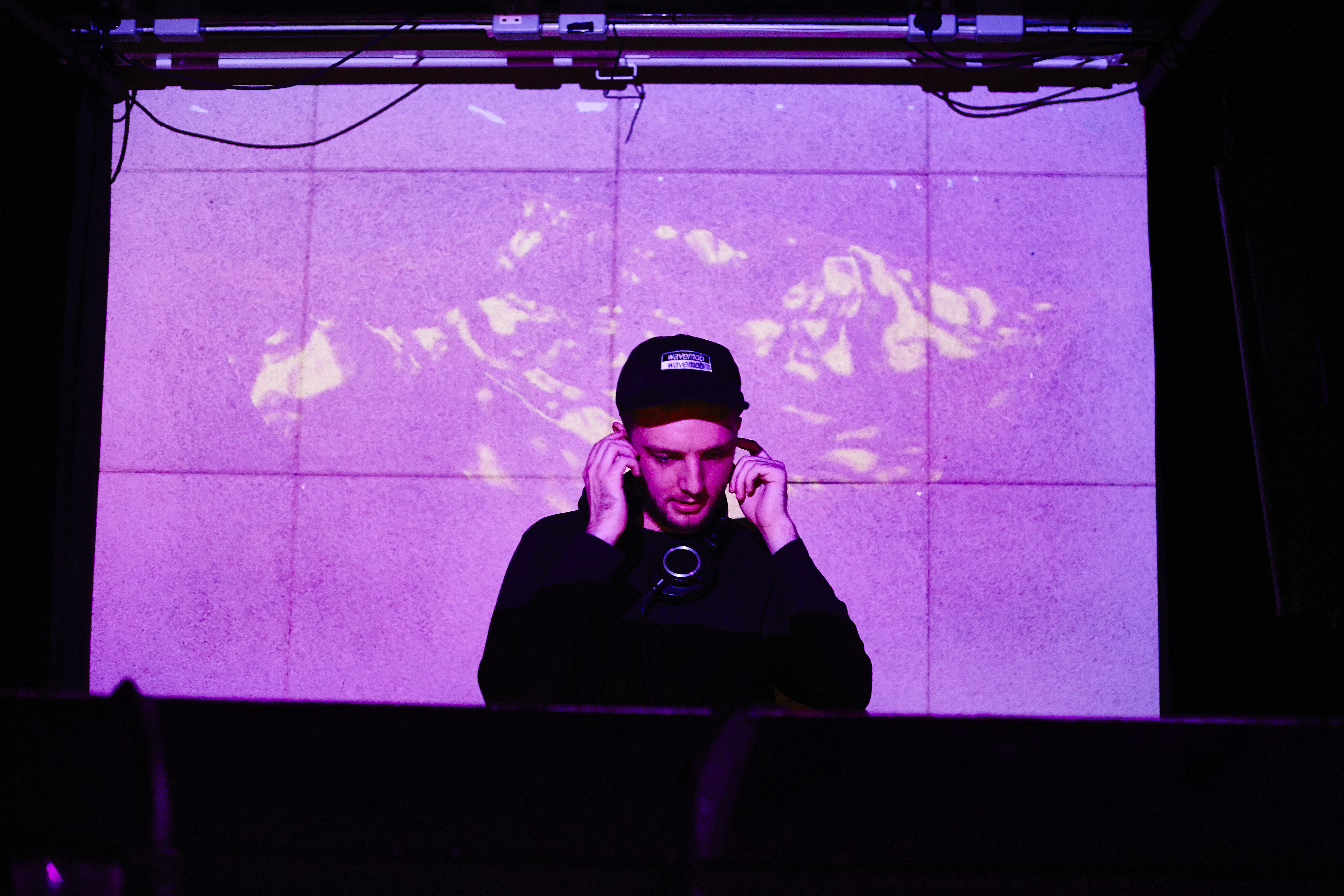 The interconnectivity between the internet and our society has never been as alarmingly apparent as it has in our day and age. Plenty of millennials can share familiar tales of losing valuable hours by aimlessly scrolling through meme pages, dry Vice (RIP) articles or even ’52 photos of the most fucked up shit ever! You won’t believe #33’ vibes for the especially brave. I am one of those afflicted who has lost days to this poisonous content, yet others seem to have taken the bull by the horns and used this as the foundation to build the onset of a genre bending, aesthetically pleasing scene.

This pioneering genre is known as ‘Wave’; blossoming from the low end of dubstep, the rolling hi-hats of trap and a certain large dose of je ne sais quoi. It is difficult to adequately define or provide a snapshot of ‘Wave’, but in layman’s terms it features ambient sounds that guide a deep, rumbling bass and can range anywhere between 110-140bpm.

Its uniqueness being that is was almost entirely curated by the web. In the same way that dubstep was birthed in the age of Myspace, it would not be far-fetched to say that this is music founded by the Facebook generation.

Tumblr kids from across London, Europe and beyond have subsequently jumped on this original sound that was otherwise used to accompany abstract and often colourful pictures and videos. Although it is a relatively niche scene with limited commercial success, Plastician has exploited wavemob’s curiously delicate sound via Rinse FM & beyond.

I was lucky enough to catch up with one of the frontrunners of this exciting new genre, the certified dude Jude Leigh-Kaufman, famously known as Kareful and taking the liberty of chewing his ear off about his recent exploits. 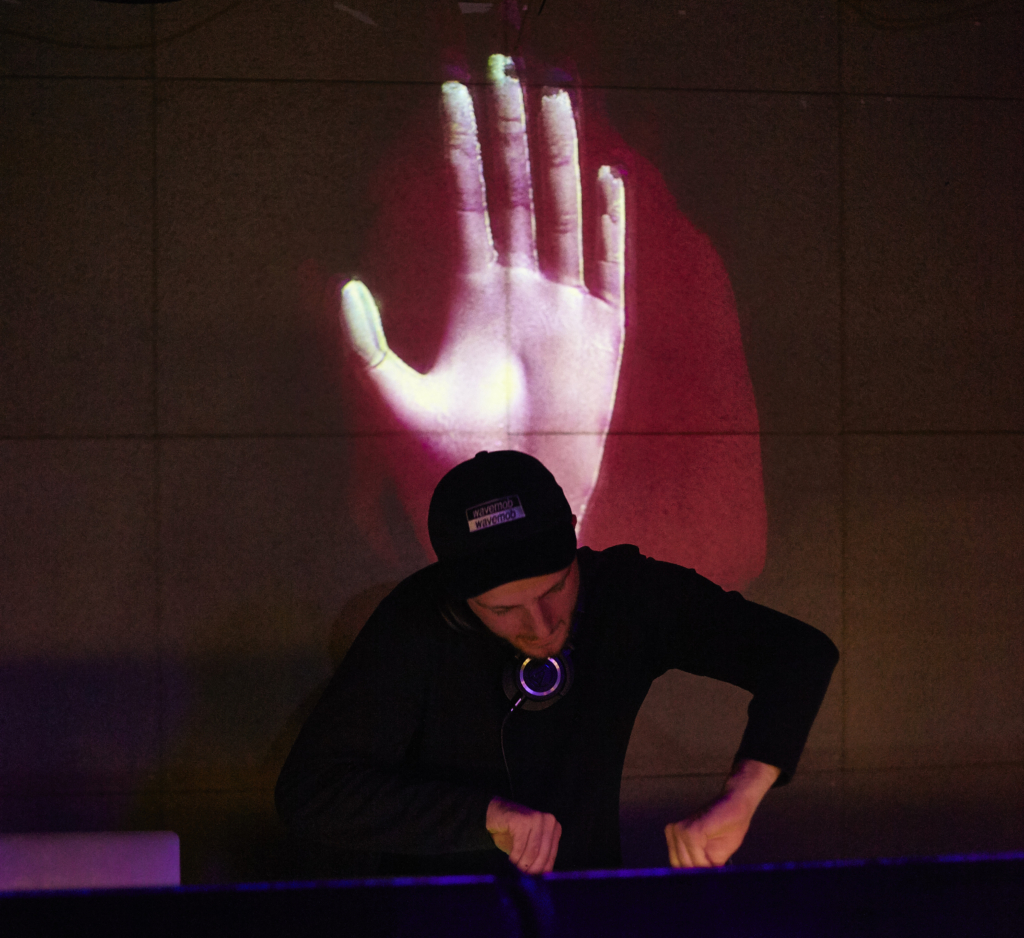 Let’s go back to college, what was your production style like then compared to how it is now, has there been any noticeable shifts and if so, what/who shaped the shift?

Well in the early years of my production I kept it very simple, it was more of a hobby and I wasn’t 100% serious. At this time I was listening to a lot of rap stuff and was having fun tracking down unusual records to sample, cutting them up and laying some 808s over the top. Parallel to this, like many people my age, I was always on Tumblr, and a lot of the blogs I followed often created music to play when you click on their page. Some of this stuff is what I’d call early ‘wave’ music. I found a few artists who I was into, this must have been 2012/2013. Eventually I ditched the samples and started using synths instead, this really opened me up as a producer. Samples were slowing me down, and I got to this point where it was like if I couldn’t find a good sample I couldn’t make a good track, so I decided to just start playing stuff in myself. Things started evolving and I finally found my sound.

Good question, real hard to pick only three, would probably be easier to name three styles I grew up listening to a lot which you can still hear in my music. Think my main one would be all the early dubstep guys and their labels, most notably Deep Medi. Still listen to Mala and Goth Trad a lot. Their music is probably the most interesting out of all the dubstep guys. Secondly all the early Soundcloud beat stuff, I used to download all of Lil Ugly Mane’s beat tapes and listen to them on repeat. He always had amazing samples and though he couldn’t mix very well his music had amazing character and a strong collection of unnerving vibes. Picking one more is almost too hard, I’m tempted to say Liquid Drum and Bass for all the vocal, pad and of the bass work, but honestly I don’t listen to it enough to say it had a major, major impact (though I reference it often while creating my synths). I’m going to have to go with something completely different and choose CocoRosie for the song writing techniques I’ve picked up over the years, they’re a really strange little French group with a lot of dreamy songs that really get your imagination running wild. I’ve always tried to introduce a lot of unconventional instruments in my music and I’d be lying if I didn’t say it was because of this group. 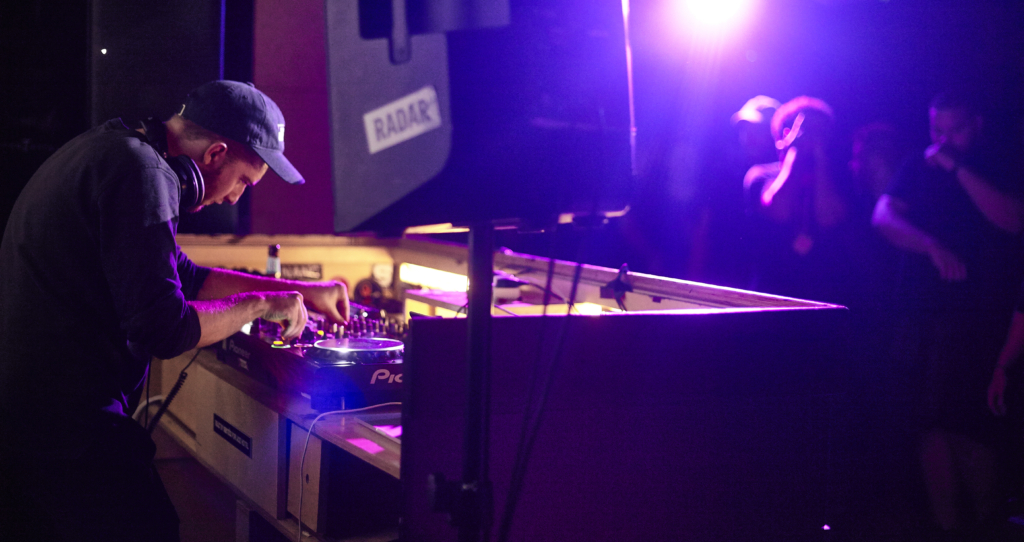 I can see that your network spans across Europe and beyond, how did you create this list of contacts and what was the reception like at your recent gig in Poland?

I often wonder if my music would have made it if I was doing this say 10 or 20 years ago, I’d hold the internet 99% responsible for my success and using websites like YouTube and Soundcloud it’s not too difficult to build a global fanbase now. Playing shows abroad is always a mind blowing experience, I can never get over the fact I can travel so far and still find fans wearing wavemob merchandise chanting along with the intro of Emerald Halls all over the world.

A lot of fans message me like, ‘I’ve finally found my genre’ and I often reply, ‘Me too’.

Where does the genre go from now, do you see it as a ‘work in progress’ or can you see it staying pretty exclusive and dare I say it, underground?

There is no doubt in my mind ‘wave’ will be a huge thing one day, It’s a bit like dubstep in a way, but from what I’ve heard from a lot of those heads it’s growing a lot faster than their scene did. Our events are fairly popular for something that has only popped up in the last year or so. The community is very active and open, and there’s new music out every day. People are pushing the sound and it’s not got over saturated just yet which is important. I’ve been working on a new EP at the moment and I don’t think anyone else in wave is making anything similar sounding.

I know Plastician has been supporting you with the introduction of wave on the radio etc, what else would you say draws kids to the sound?

It’s just the sound of our generation, it captures the imagination of people who hear it. Plus everyone loves something new, I think people are just bored of older genres getting rehashed and being sold back to them, it just seems boring to me anyway, don’t get me wrong I love grime but it’s a sound from 15 years ago that has almost nothing to do with me. Same with house and techno, it’s good music but it doesn’t belong to this generation. A lot of fans message me like, ‘I’ve finally found my genre’ and I often reply, ‘Me too’.

If you could play a venue, where would it be?

It was always my dream to play Fabric, but that dream actually became a reality last year! I think the next goal is to play some festivals. I always thought wave is more of a festival sound anyway, it would not stick out at a weird stage at Boomtown or on a Croatian beach over at Outlook. I think I’d love to see what the North American festivals are like.