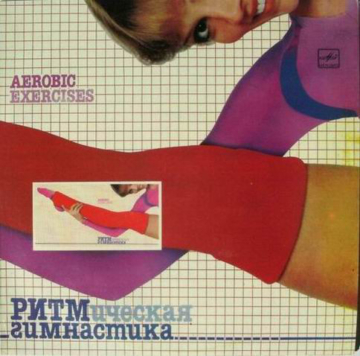 Starting off with everyone’s favourite genre, Belgian new age!!! All jokes aside, this is an absolutely mesmerising piece of music. Intricately layered and endlessly poignant, it is both a masterpiece of sound design and of emotional depth. The percussion is some of the most complex and multifaceted that I have encountered, and steadily dictates the pace of the song while tinging it with a tribal flavour. The strings are also fantastic; drawn out and achingly evocative, they effectively work with the longing vocal to create a riveting crescendo. This is a proper sunrise song, absolutely guaranteed to blow some heads off if played right.

This is a song that I have to thank IoMG for, as there’s no way I ever would have found it. Motor City Drum Ensemble played it at his closing set at Dekmantel 2016 and it absolutely booted off. However, no one seemed to know what it was and I believed it to be lost, never to be found. Thankfully, some legend pulled through and successfully ID’d it on a posted video in IoMG and here we are. Bigups to MCDE for finding this as its only existence seems to be on a b-side of a medley of The Police cover songs. Super weird I know… but who cares, I now own a 7” of this badboy and I can’t wait to play it out. It’s got an absolutely killer guitar hook combined with an anthemic vocal and a hardworking bassline. It’s energetic, hyper and potentially the most ‘epic’ disco song I know. This has the potential to be absolutely massive, but for now it remains a hidden gem.

It’s been a long time coming for a Sex Tags cut to make it onto this feature, and I’ve included perhaps Fett Burger’s best song here. One of his more simplistic songs in terms of structure, but is still devastatingly effective. I absolutely love the analogue synth that drives the song. It is asymmetric in its progression; often looping and pivoting in different keys, yet is steadfastly insistent in its melancholy and dreaminess. I prefer the song before it takes on the weird and needless extra synths from about 7 minutes in, but it is long enough to use to great effect in a set before those parts come in. I actually used this in the most recent 909 podcast, of which you can listen here. The 17 minute beatless version of it is also awesome, but I thought you lovely people could use some doof in your life so I included this version here today.

Yeah… not much I can tell you about this release as everything’s in Russian and I cannae understand a fucking word. Having done some research about this record though I’m a bit baffled, as it appears that this song was made by the Soviet Ministry of Public Health as music for aerobic exercise… I kid you not. The woman talking over the top is a female fitness instructor calling out aerobic commands… You literally couldn’t make this up!! I think it’s absolutely amazing. At least we now know as well that italo-disco made its way past the iron curtain, and this is something to celebrate. Music transcends politics and borders and everything else that divides us, and this is an embodiment of that. I absolutely love this. It has a super cheesy synth line, but is pleasingly progressive and suitably retro. Behind the main synth line, there is impressive atmospherics at work, showcasing the ability of whoever made this to create a really cool, multilayered song. Every Soviet italo song you can find is worth listening to, as everything is delightfully unique and superbly produced. I’m gonna find a copy of this shit asap and get it. Stuff like this makes me love music so much… like seriously, this is literally exercise music from the Soviet State… and it’s fucking AWESOME.

Nick Höppner – All By Themselves (My Belle)

Nick the bubble has been one of my favourite DJs for ages now, and his Resident Advisor podcast is one of the most underrated mixes around. The Panorama Bar resident and ex-head honco of Ostgut Ton records has quietly been doing his thing for over a decade now, and has a solid catalogue of work to show off. This is the first single from his forthcoming LP which is due out in June, and principally is an impressive statement of his production expertise. Intriguing and heavy percussion drives the song, yet the structure is loose and fluid, with erratic synths and floaty vocals gliding effortlessly into your ears. Although the drums are heavy, this is certainly not a club-focused record, and being freed from this constraint really allows the song to come alive. This is a very strong offering from the Ostgut mainstay, and I’m expecting the same quality to infect the whole of his album.