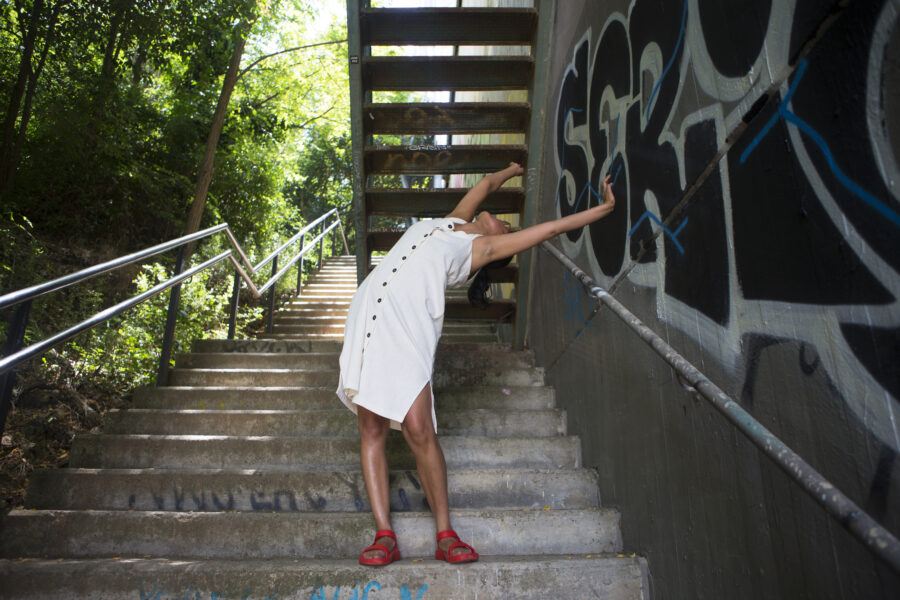 Originally from Maryland, Ivy Barkakati has lived in Barcelona since 2012 and has firmly found her feet within the local scene and beyond. A DJ, producer, and vocalist, Ivy has lent her vocals and productions to the likes of Roza Terenzi, Cardopusher, SOS MUSIC, Furious Frank, and more as well as working within collaborative projects alongside Phran as IVAN and Eneko Balzategi as Proceed. For the past four years, she has hosted the show Casa da Crega on Dub Lab’s Spanish platform. Having come across Ivy through her collaboration on Roza Terenzi’s Modern Bliss, I was then drawn to her sets which perfectly encapsulate that woozy, daydreaming Sunday morning feeling. They are a go-to of mine for when I need a dash of warmth and sunshine in my life as they usually span across soulful house, jazz, and disco.

Most recently Ivy has contributed to Australia-based label Butter Sessions 10th-anniversary celebrations, featuring on their mammoth three-volume compilation with the new single ‘Descarga’. We catch up with Ivy to discuss her contribution to the compilation, her emotion and motivation behind producing music, and the power of collaborations.

You’ve contributed a track to Butter Sessions forthcoming 10-year anniversary compilations. How did your relationship with Butter Sessions begin and what initially drew you to the label?

My relationship with Butter Sessions began when they released the Furious Frank record Ahora Sí. In 2018 Furious Frank hit me up on Soundcloud to contribute vocals to his track because he was a fan of my work with Phran under the alias IVAN. He suggested Phran do a remix, which ultimately turned into us doing an IVAN remix. Then in June 2019 Phran and I DJed at LAUT in Barcelona with Sleep D (Maryos and Corey, who run Butter Sessions). It was really nice getting to hang out with them. Unfortunately, we have yet to meet Furious Frank in person, but hopefully, that will change sooner than later.

Did you have a concept/mood/sound in mind when it came to selecting/producing a track for this compilation?

I had already made the track and uploaded it to Soundcloud when Maryos and Corey wrote to ask if I had anything to contribute to the compilation. They particularly liked this one so I just took it down after they chose it.

Can you talk us through the making of this track and what your usual production process looks like?

I made this track in 2019 so I can’t remember, but I used my Dave Smith mono Evolver keyboard. I don’t have a usual production process, honestly. I have been making music for years but it’s not been on a consistent basis.

You mentioned in your social post that the track title ‘Descarga’ means download as well as release, emotional release – was there a particular moment or experience that inspired this?

Yes, but I can’t remember what it was. All I know is that making the track was cathartic at the time.

If you had to visualise this track what would it look like?

A wall of sound.

Would you say that your productions are emotionally driven?

How do you know when a track is complete and ready to be released?

You’ve mentioned that you tend to be on the impulsive side of things when it comes to producing, how do you get yourself in the headspace to have those stream of consciousness moments in the studio? Do you have an environment that you like to work in?

I just have to feel like making something, I really have no idea how to make it happen. I have rented a studio in Poblenou (the neighborhood I also live in) for two years, but I am moving out of there at the end of the month and setting up my studio at home. I will probably be more productive then because I love being at home. It was nice having my studio there but it was a windowless room whereas at home I will have a window. Natural light makes such a huge difference in mood. 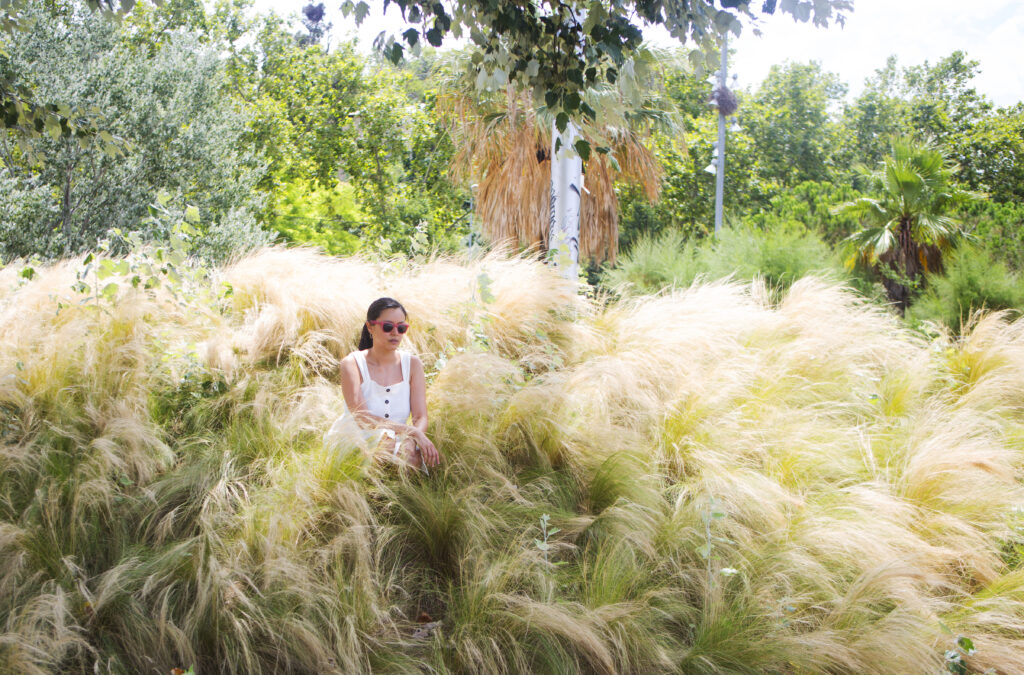 What’s the purpose of your music?

To heal myself, and to subsequently share the fruits of my healing with the world.

Having taken piano lessons between the ages of 5 – 17, do you feel that gave you an advantage when transitioning into production, or did you find that having some sort of formal training can restrict certain aspects? I often read about people having more freedom going into productions without any background in music.

I would feel restricted if I had formally studied production. When I took piano lessons I was playing Chopin and Rachmaninoff, which I view as totally separate from what I do nowadays on synth.

You’re also involved in two collaborative projects, IVAN and Proceed, what is your approach to collaborations and what does it allow you to do?

Collaborations enable me to learn from the other person, and they give me the freedom to do things I wouldn’t do otherwise solo.

Originally from Maryland, now based in Barcelona, what inspired your move?

My ex is from here.

What has living in Barcelona taught you?

How do you feel your heritage and upbringing have informed your creative voice?

I think it’s informed my creative voice in ways I’m not even aware of. I feel like I’m making music for the people in my family, including my ancestors, who didn’t have the opportunity to express themselves through art. I am the product of immigrants, but one came to the US by choice (my dad, from India) whereas the other was a refugee (my mom, from Vietnam). I have observed that it is a privilege to even be able to make a choice in what you do with your life. I feel lucky to have discovered my creative voice at all. 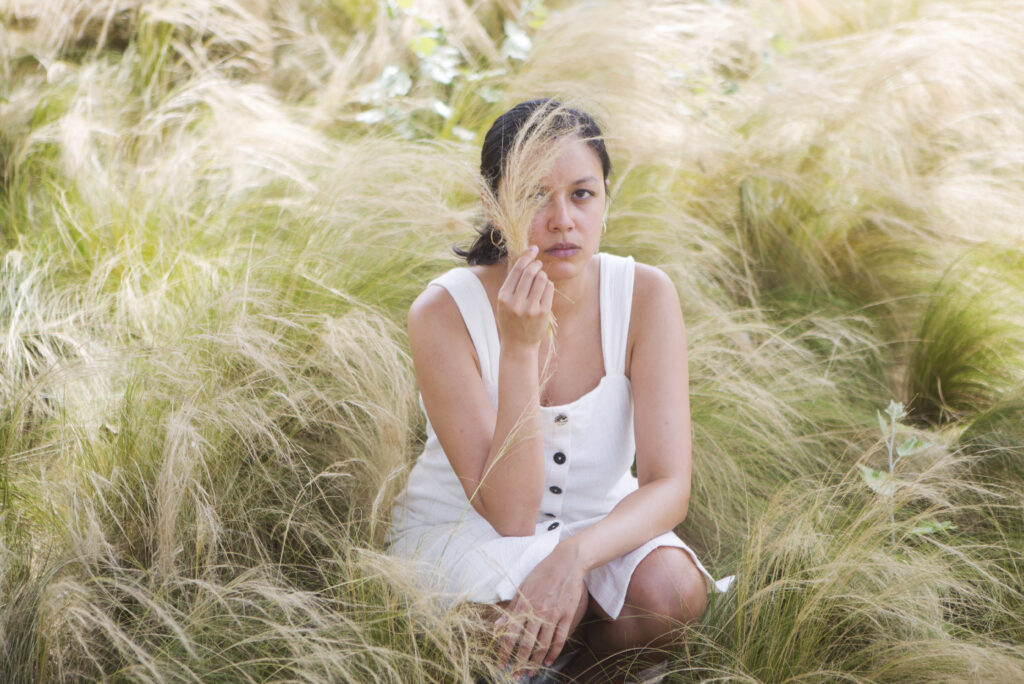 How has the pandemic affected your creativity and the way you make music?

It made me not want to do much of anything at all last year, but I’m getting back on track now. It hasn’t affected the way I make music.

Have you found yourself drawn to anything in particular during these times for comfort? For me, at the moment I’m finding myself listening to or watching things I’ve previously seen or heard with nice memories tied to it and to reflect upon.

Yeah same, it’s comforting to revisit music tied to the past. Music in general is just such an endless source of comfort.

What is exciting you the most right now?

Fantasizing about playing live in 2022.

’10 Years of Butter Sessions’ by Various Artists is out now – buy here.