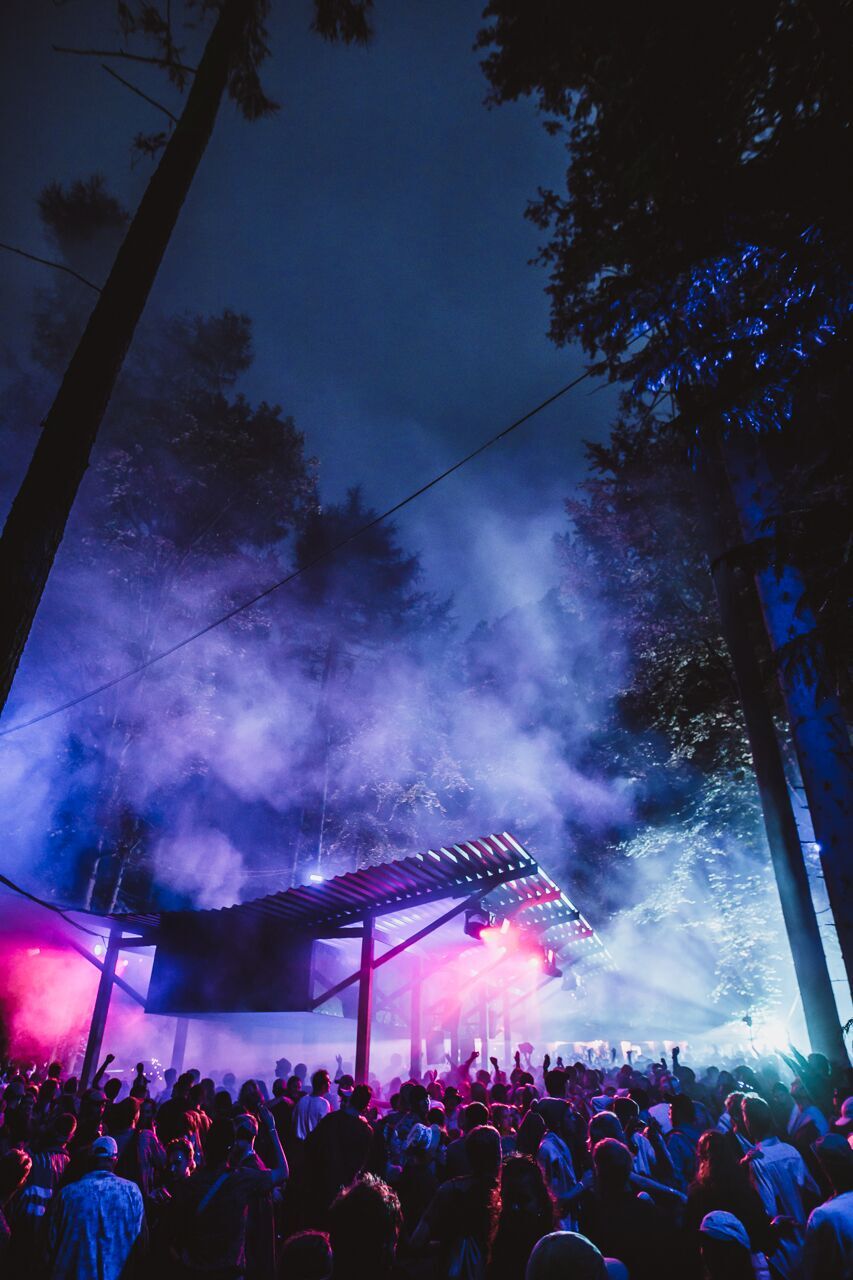 The second edition of Craig Richards’ Houghton Festival may have fallen on one of the wettest weekend’s in the last three months but that didn’t dampen anyone’s spirit.

Held at Houghton Hall, Richards transformed the ground into one of the most beautiful and atmospheric festival sites in the UK, working closely with architects to build stages that make the most out of the stunning surrounding environment. From the magical teepee’s to lake-view wooden structures hidden in the midst of sky scraping forests, each area of the site had an immense amount of thought and attention to detail put into it – it was a real labour of love. The Orchard was the perfect chill-out spot to escape the 24 hour madness, with fairy lights glistening gently in the trees whilst revellers relaxed in hammocks and deck chairs – with an ambient tent close by to take a moment to be present. Away from the overwhelming music programme there was Trevino’s, a record store that homed a variety of releases spanning all genres, named after the Manchester born producer and DJ who died in May of last year. Workshops and yoga classes are on offer to give campers a glimpse of relaxation before chaos ensues once more. It was as if Craig had thought of every situation guests might encounter over the weekend and created a suitable area to overcome it.

When it came to the music programme, the 24 hour license allowed Craig to give each artist extended sets and several slots across the weekend. Although, the licensing seems like a good idea from afar but trying to keep up with the ever-changing schedule became difficult at times and the Saturday through to Sunday programming left us with 30 hours of music we were desperate to see but unfortunately our stamina only got us through 12 hours of it. However, over the course of the four days guests were treated to a wide variety of different genres but on the Thursday night we were left wandering the site in need of music that wasn’t the 4×4 rhythm we were hearing across the board.

On Friday, our day started with a downtempo electro live set from Paul Blackford which soon transitioned into a full P Bar powerhouse as Tama Sumo and Prosumer took control of The Pavilion for the rest of the day. Moving into the early hours of Saturday morning DJ Sotofett treated us to four hours of dreamy house in The Quarry and left us on an emotional high. As things started to get a bit tiring and the rain taking it’s toll on us on Saturday night, Radioactive Man performed a relentless electro workout whilst Call Super took to The Quarry with the highlight set of the weekend. Spanning across house, techno, breakbeat, hardcore and garage, the set pulled the crowd through 3 hours of madness as classics such as ‘The Bells’ and ‘When The Weak Become Heroes’ were dropped. On Sunday, the focus was on the minimal scene as the day was filled with several stand out sets from the likes of Margaret Dygas, Nicholas Lutz b2b Craig Richards and Sonja Moonear. At The Pavilion, the UK scene was represented by Joy Orbison and Ben UFO, playing raucous sets filled with breaks and dubs, leading the crowd suitably into another killer closing set from the most in demand artist right now, Helena Hauff. The Golden Pudel resident took charge of her three hour performance, driving through with relentless techno and stand out electro tracks from The Mover – it was exactly what the crowd needed to get through the last hurdle of a 72 hour stint.

And as I write this nearly a week later, I’m left still reflecting and understanding our first Houghton experience. Throughout the four days, the festival felt very personal and you were often in awe and inspired by what Craig Richards’ has created. There is no festival quite like this, especially in the UK. From the stage production to immersive activities and the carefully curated programming, not a single detail was left out and with the festival only being in its second year, we’re excited to see what’s to come from Richards and co. Our only hope is that Houghton becomes more inclusive.