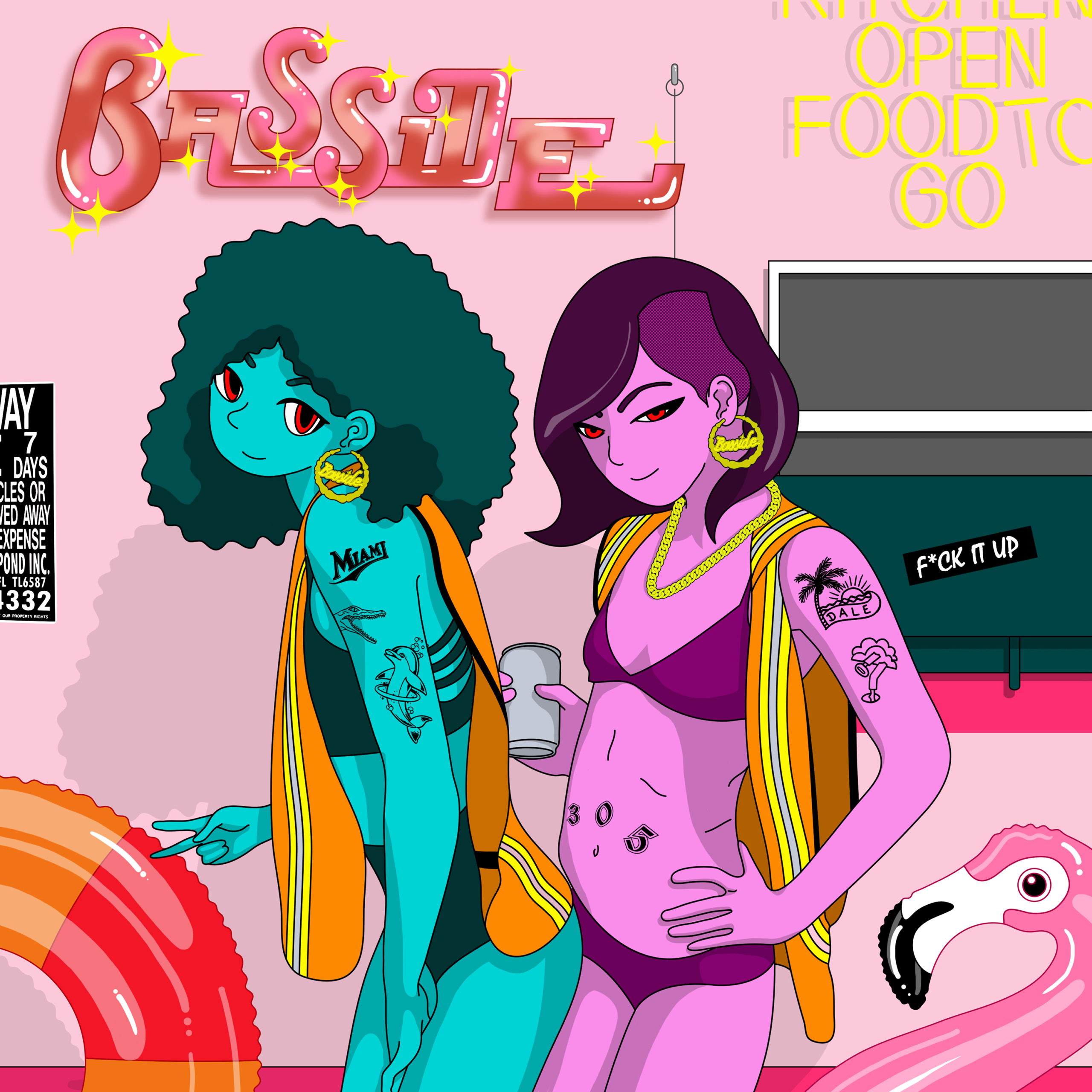 5 years in the making, Miami Bass duo Basside return to Brooklyn label Sorry Records with ‘FUCK IT UP’ for their second EP, out tomorrow. The six-track release is entirely produced by SOPHIE after inviting them to her studio in LA in 2016 following seeing the duo at Miami ii Points Festival. All six tracks were produced during that session.

Basside are childhood BFFs Que Linda and Caro Loka who have been local Miami legends for a while now, having been performing since 2015. Bringing their booty-rattling bass to the masses, the duo have shared stages with Miami Bass icons such as L’Trimm and 2 Live Crew and released their first self-titled EP in 2017, also on Sorry Records and was later remixed by label affiliate Drummy.

The tracks featured on the ‘FUCK IT UP’ EP have long been fan favourites and supported within sets from PC Music founder A. G. Cook, Charli XCX, Jimmy Edgar, and Machinedrum, as well as SOPHIE herself including them in her DJ sets at the likes of Primavera Sound and Miami’s Ultra Music Festival.

In a previous interview with Crack Magazine, the duo mentioned that they want their music ‘to make people feel loose, empowered, sexy… but also make them laugh a little bit’ which is certainly showcased throughout ‘FUCK IT UP’ – the last track ‘CRAZY EXPENSIVE’ is the ultimate power anthem, reminding you to know your worth.

In the wake of SOPHIE’s passing, Basside and Sorry Records have decided to finally share these tracks, leading with SOPHIE’s remix of NYC2MIA – a track that was previously released on Basside’s 2017 self-titled EP. The rework combines SOPHIE’s signature hyperreal production style and Basside’s catchy, playful chant “New York to Miami/no bras, no panties”. It’s the perfect pairing.

Talking about the timing of the release, Que Linda said to Miami New Times, “the passing of Sophie made us realize that time is short and we shouldn’t wait any longer. We also wanted to give a gift to everyone that’s heartbroken.”

The proceeds from the single are being donated to Sylvia Rivera Law Project; a collective organisation that works to guarantee that all people are free to self-determine their gender identity and expression, regardless of income or race, and without facing harassment, discrimination, or violence.

Pre-order ‘FUCK IT UP’ EP here.