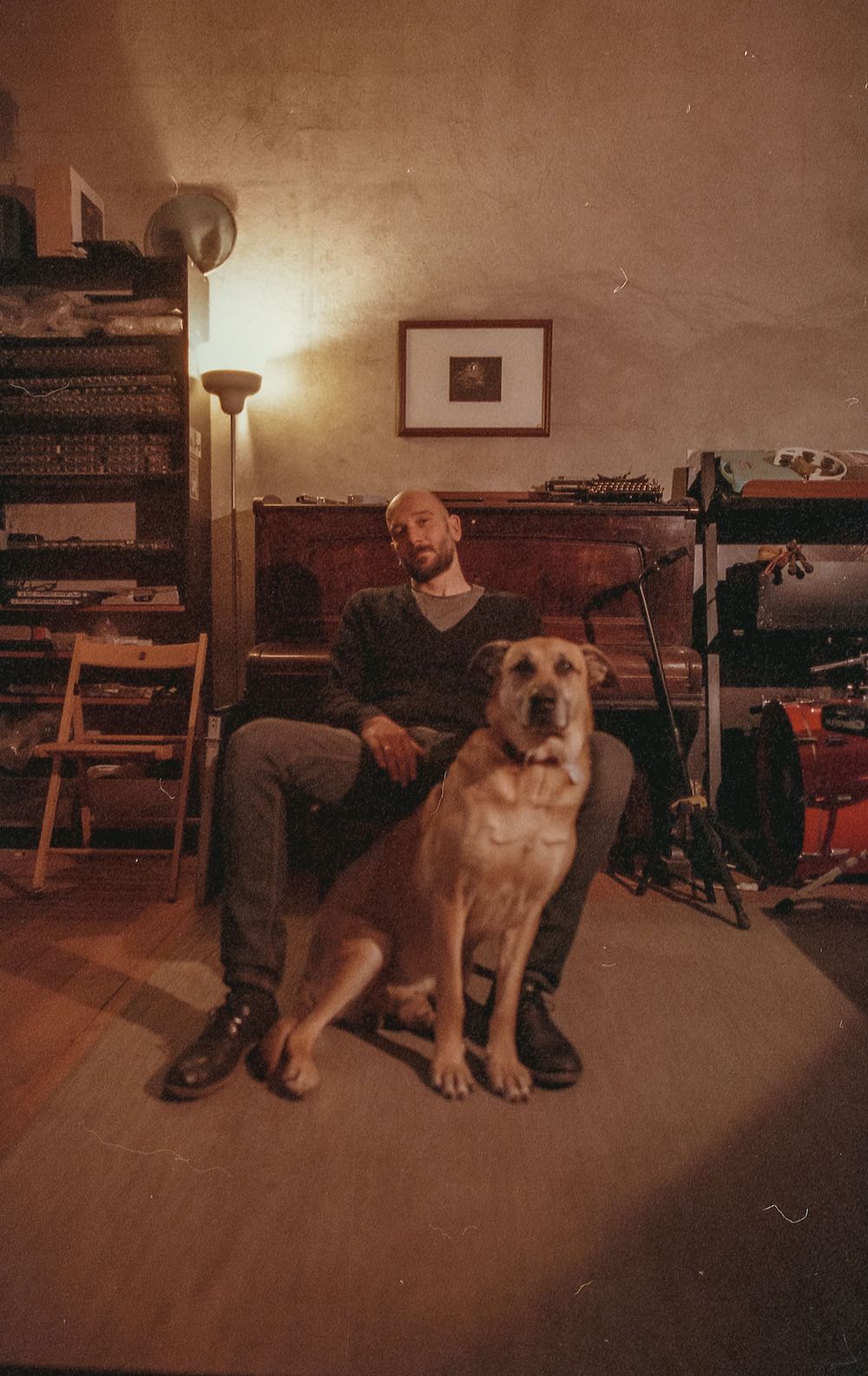 Turin producer Phoet has been previously described as ‘an artist without a past’, however, as you delve into the concept behind his debut album ‘Broken Symmetry’ you discover there’s a lot to unpick. Inspired by a very personal moment in his life, ‘Broken Symmetry’ was born from an epiphany he had on a beach in Portugal after a traumatic experience. Also seeking themes from Carlo Rovelli’s book ‘The Order Of Time’ – track titles ‘Standard Model’ and ‘Symmetry Breaking’ are based around some of Rovelli’s theories – the multifarious project sees Phoet touch on everything from techno, trip and African rhythms alongside very strong and colourful visuals such as the latest video for the single ‘Symmetry Breaking’. Acting as a nod to the ongoing global migrant crisis, the video was inspired by the current political climate in Italy, a commentary on how the government has made migrants the scapegoat for the country’s problems. It’s another layer in Phoet’s dynamic, powerful outreach – giving a better understanding of the drive behind his productions.

Growing up wanting to be a rapper, Phoet looked to 90s hip hop legends Wu-Tang Clan, Cypress Hill and Busta Rhymes as influences, with some of their boisterous attitudes pouring through the album. Phoet’s productions go back 20 years and some of his early recordings and samples made the cut for ‘Broken Symmetry’, adding to the uniqueness of the project alongside field recordings of objects around his studio and beyond.

We speak to Phoet about how living in Turin city affects his musical output, the reason behind waiting so long to release an album and digging deeper into the stories and concepts behind ‘Broken Symmetry’.

You hail out of your studio in Turin currently, how does the city affect your musical output?

Turin is a city that I love deeply.  It has a soul and a past in the hardcore scene and, in the 90s, the hip hop scene was incredible.  All of this has influenced my sound and my attitude.  The part of the music scene that keeps screaming: go fuck yourself, that’s my sound.  There are incredible musicians, beautiful festivals and some great clubs that bravely keep fighting against politics to stay open.

You’ve been producing music for over 20 years but have only just released your debut album ‘Broken Symmetry’, why did you hold off releasing a long player for so long?

My path has been strange.  I don’t like to talk about the past.  I’ve been working with other people’s music for years and the few things that came out of me no longer exist.  I made a clean slate a long time ago.  I can only say that everything I did, listened to and played was a test bed to get to Broken Symmetry.  “The rest is dross”

The way you have used sampling across Broken Symmetry is incredible and gives a unique feel to each track, how did the concept come about and what story are you telling throughout?

Thank you very much.  I bought the first sampler when I was 15 or 16 years old, it was an Akai 2800.  I spent a huge number of nights looking for the perfect kick, snare drum or hi-hat.  It was an obsession.  This research forced me to listen to a huge amount of music and everything settled down.  Over the years I felt that sampling started to limit me.  Sometimes not finding what you are looking for becomes frustrating.  I started studying piano and everything changed.  In this record, I think I have put together these two souls.  I recorded a lot of material on tape, then re-sampled it and play everything again.  So all the rhythms of the record were born, I recorded on tape sounds of keys, bottles, sheets of paper, then I slowed down the tape and sampled those sounds and then play them back.  At the same time, I dusted off the old floppy disks, which are now 20 years old, and started talking to myself 20 years later. I happened to hear a sample and find myself laughing, remembering when I recorded it.  Sampling remains the heart of what I do perhaps more as a form of mind than in practice. 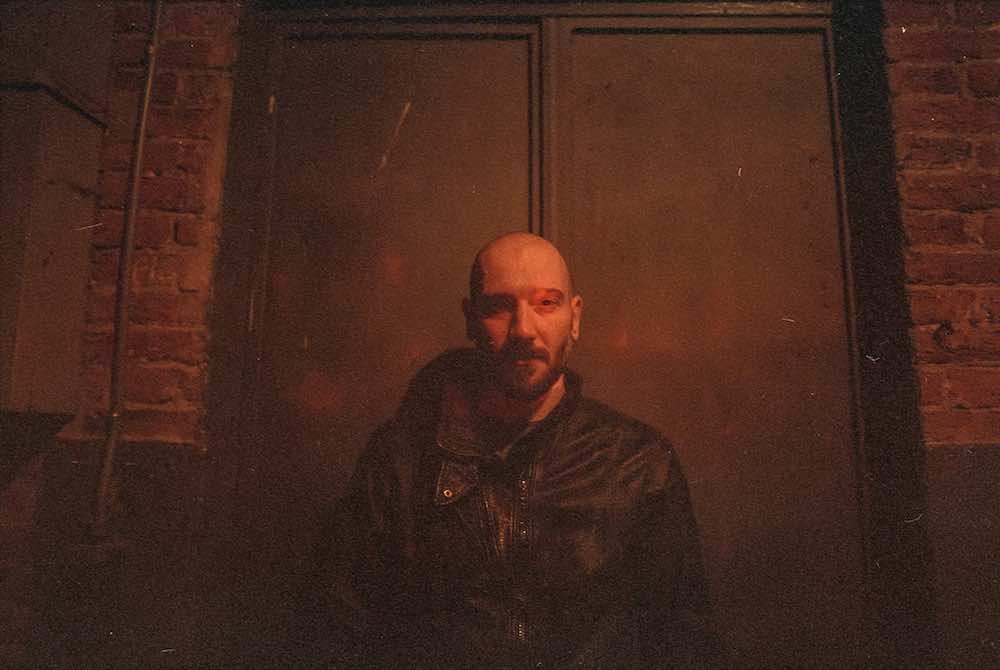 You drew heavy inspiration from Carlo Rovelli’s book ‘The Order of Time’, what messages did you take from this book and how does it translate within the album?  What’s your relationship with the specific concepts you picked for track titles such as ‘Standard Model’ and ‘Symmetry Breaking’?

Professor Rovelli’s book is magnificent.  At one point, to try to explain how time is perceived, he wonders how we set the time, and the answer is that we do it with memory and anticipation.  It also happens in music, you know you are at a certain point of performance because you have a memory of what it was and you anticipate what it will be.  I tried to bend this concept.  Symmetry breaks down in many tracks in this way.  In many cases, the track breaks and from what remains something new is born that plays with our memory.  But I also wanted there to be the concept of relativism, summarized in the record in a phrase by Ezra Pound: “The ant’s a centaur in his dragon world”.  Just as there is no such thing as absolute time, I wanted there to be elements that could be perceived in different ways from different points of view.  So I started playing with the phases, and here I become even nerdier.  The record intro starts with an anti-phase, the two channels, left and right, have the same signal with the phase reversed.  Progressively the phases rotate until they are aligned again.  In practice, if you listen to it in mono there is no sound, in stereo there is.  The same thing on the outro but with the opposite direction.  The record is full of these tricks, which makes it not very mono compatible.  It was also a way of saying to myself: don’t worry, you can’t have control over how others will listen to your music.  The beginning and the end of the record coincide because there is no end and no beginning.  The first track is in A minor and, in progression for fifths, to the twelfth track, you go back to the starting point.  Because time is circular.  At least I hope…..

Standard Model, On A Mexican Hat, Symmetry Breaking, Simultaneity, etc…. are titles that refer to the world of physics.  In each track, I tried to draw a parallel between concept and music but I think that, in the end, it exists only in my head.

When approaching a conceptual album such as this, what’re your initial motives and goals?  Is it always a personal standpoint that drives the project?

In this case, there is a very personal reason.  It all started on a beach in Portugal, Odeceixe, where many years ago my father wrote a poem named after that beach. Walking on the sand, I wondered what divided me from him.  I was there, in the same place where he was, so why not see him?  Because of the time.  I wanted to understand what that thin invisible veil was that divided us.  It all started this way.  I had no goal but to go deep into that concept and to make you all dance while I lost myself thinking about it.

Who have you taken inspiration from over the years, particularly around shaping this LP?

I listened to a lot of music, electronics, blues, dub, funk, dubstep, jazz… I needed everything.  I think, in some strange way, there’s all this in Broken Symmetry.

In terms of the album itself, we hear pads, breaks, synths, spoken word and all sonic outputs in-between, how did you ensure the album remained linear enough to tell such without becoming jumbled?

Putting me in a cage.  I said to myself: I do the rhythms like this, kick 909, rimshot recorded on tape with wood and sometimes through a megaphone, hi-hats with keys, shakers with plastic bags or crumpling paper.  Bass with op-1 or ms10, synths on many layers, distorted with a Waldorf 2pole, voices pitching with tape and using the technique of reverse reverb…. in short, I was forced to a precise workflow.  It was an established path after many rehearsals and not a desk choice.

What do you think is the ideal environment to listen to this project in?

I’d really like it to be a club experience.  I play live with a tape recorder with 16 separate tracks, mixer, effects and synth.  So I like it when there’s a big sound system to hear the tape blowing. But even in the car, it’s not bad, I think it lends itself very well to being listened to during the trips, in headphones.

Tell me about your deep-seated love for hip hop, how do you draw from that 80’s sound and implement it in a fresh new way in your own productions?

Actually, I’m a super fan of the hip hop of the 90s.  I love Wu-Tang, Cypress Hill, Pharcyde, A Tribe Called Quest, Busta Rhymes, Missy Elliot and Timbaland etc… I think that hip hop has been a great revolution and that in those years it reached its golden age.  The rhythms of the record are very hip hop, even if applied to another bpm… but maybe I just like to think that it is.  As a boy, I wanted to be a rapper.

Outside of music, are there any major factors that influence your music?  Making music can often be quite a solitary place so I’d like to know what else (if anything) provides inspiration.

I really like being alone, especially in the studio.  But I realize that most of my ideas come to me during my travels.  The main scheme of the record, for example, I drew during a trip to Corsica, if I remember correctly. 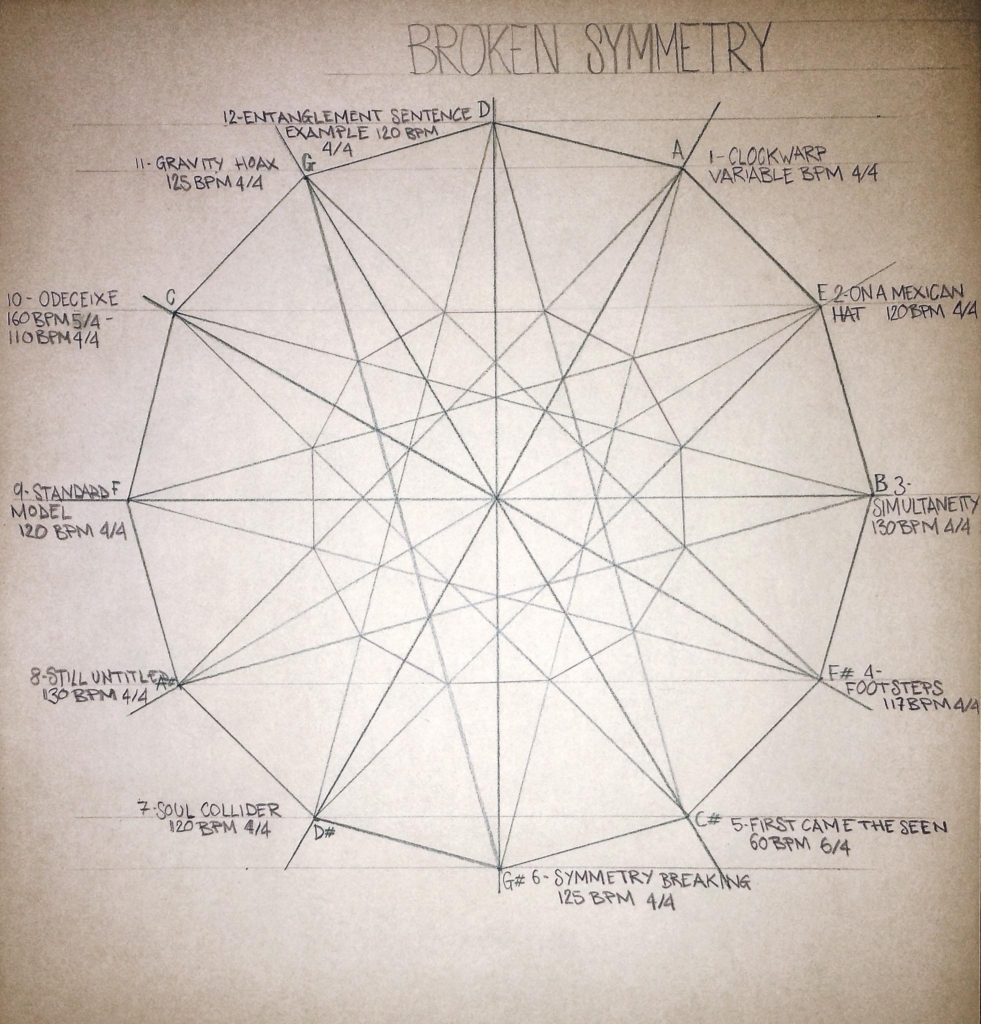 Your social media/press presence is very minimal, with little to no reveals about you as a character.  Is a certain level of anonymity in the scene an advantage in your mind?

I don’t think it’s an advantage but I don’t want to be a character.  I don’t think I’m important, I want what I do to be.  I understand the mechanism of social media but I’m not particularly fascinated by it and I’m not good at taking selfies.  In the record, there is a warning to myself “Pull down thy vanity”.

‘Broken Symmetry’ by Phoet is out now – buy here.