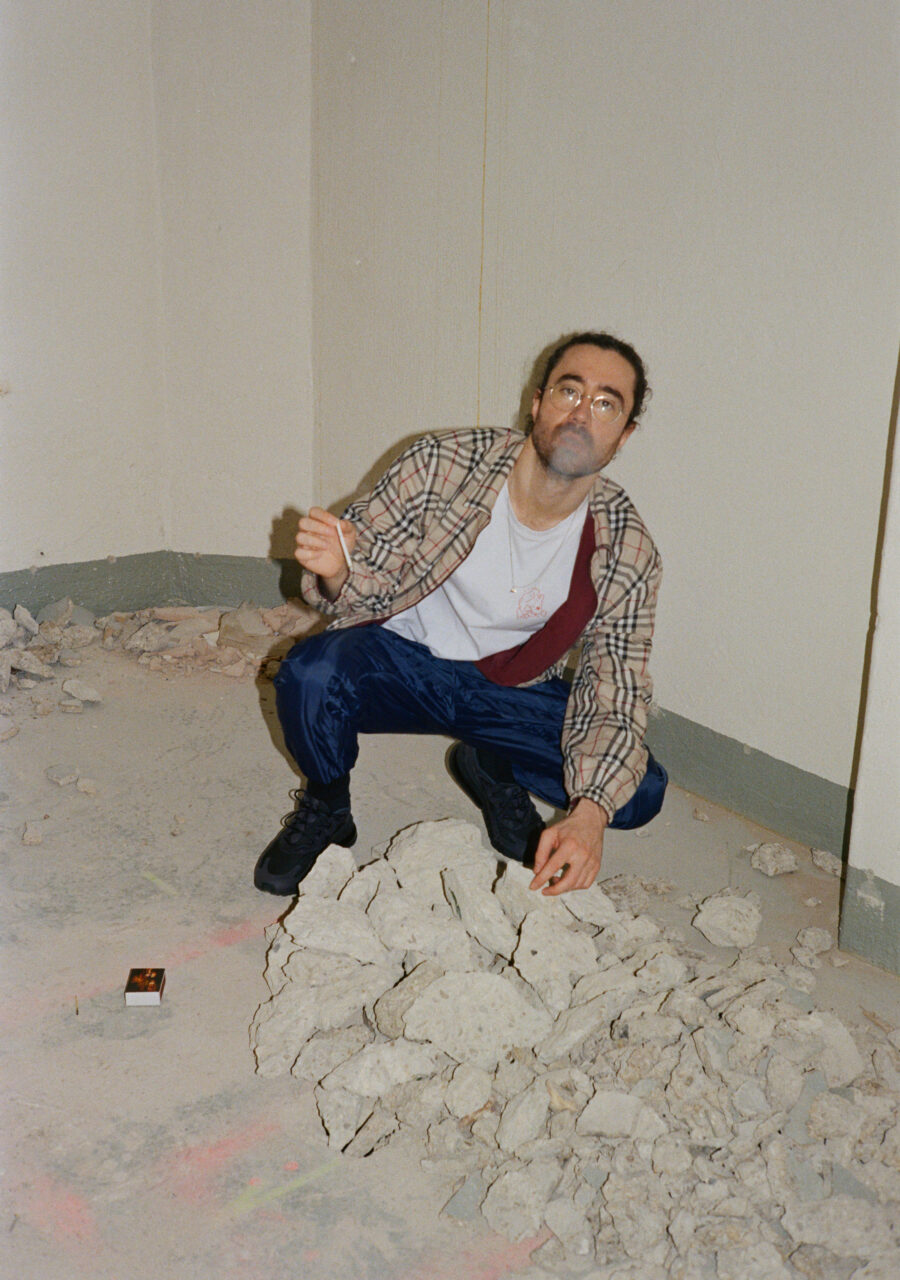 Parisian artist Le Dom is one of the artists behind the Paradoxe Club label which he has been running alongside Birol, Sunareht, De Grandi and To Van Kao since 2016, building a reputation for pushing the new sound of the Parisian underground. Le Dom himself creates boundary-defying club music, being co-signed by the likes of Aphex Twin and releasing on labels like Mama told ya, TV Showw, and Tessier-Ashpool to name a few. Following the release of the Schism EP in 2019, Le Dom once again returns to his Paradoxe Club imprint with ‘Caesura’. Released last month, the EP is filled with gritty, charged, left filed club music with an upfront, genuine energy.

For this month’s Influences feature, Le Dom talks through some of the formative records and music that has shaped his artistry including cuts from Dizzee Rascal, Dragonball Z, Errorsmith, L-Vis 1999 and more.

Probably the first Grime tune I listened to, without even knowing what grime was until few years later. It just instantly melt my brain and I could never forget that feeling, the square bass and the broken beat combined with the flow was too much. Very efficient, mad energy, raw and kind of minimal yet “futuristic”, perfect.

Classic among classics. I was obsessed with the whole album when I discovered it. The typical bass sound instantly became one of my favorite sound ever, I’ll probably like any track that uses this sound. Some stuff you just can not explain.

Fuckaloop is Para One + Tacteel. This track is from 2005 I probably heard it first around 2007 and it’s the perfect blend of crazy powerful sound deformation and emotion. First time I heard it, it immediately felt like it was everything I wanted to hear in an electronic music track and I still regularly think about it to this day.

Three 6 Mafia – I Thought You Knew

Memphis Rap has a special place for me, I always come back to it. It’s a mix of lots of things I like in music, the melodies, the dark vibe but with a special groove, the distorted sound… When I hear this snare I’m like 100% pleased. And this track I can’t describe I mean it’s just really good, one of my favorites.

I love shonen anime fight sound effects (also just anime sfx, also just sfx in general). It’s 50% why I would watch them. I find them creative, expressive, just satisfying to listen to really. When it’s done the way it’s done in Dragon Ball or in Jojo’s Bizarre Adventure it’s like music to my ears.

This EP completely blew my mind when it dropped. It sounded unique, the choice of sounds and the way they play together is a lesson. Perfect balance between reference and innovation. It’s radical in the sense that it’s minimalistic but the aesthetic is mastered, it’s surprising yet this has a really immediate appeal.

Errorsmith – In a Sweat at Empty Bottle

I think I heard this track in a Para One set back around 2007. It’s a live performance by Errorsmith that was released in 2004 from a selection of different recordings. It sticked with me as being one of the most extreme yet enjoyable piece of electronic music I heard. Once again, it sounds unique and very powerful, two things I’m naturally aiming for when listening to or making electronic music. In my new EP the track conveying this idea the most would be the eponym “Caesura”.

Thunder sounds then amazing synths melodies and fighting robots, what more could 6 years old me ask for.

At The Gates – Slaughter Of The Soul

I just had to put a metal song. I listened to this album quite a lot at some point in my teenage years.

I never played Castlevania but I love the music. Plus I’m the Castle Owner.

‘Caesura’ by Le Dom is out now via Paradoxe Club – buy here.