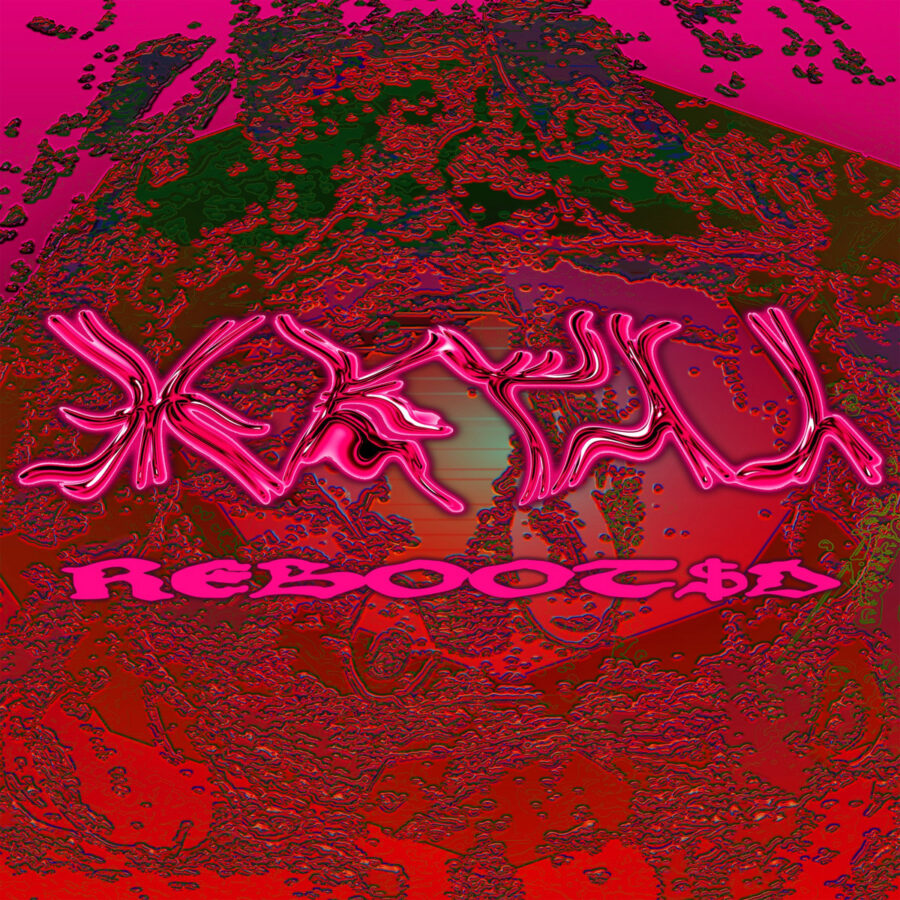 GLOR1A is a multidisciplinary artist within music, technology and visual art, and the co-founder of Nine Nights TV. She challenges the underrepresentation of Black females in sci-fi and myth, performing at venues and festivals such as Glastonbury, Mutek Montreal and Somerset House. GLOR1A also premiered a piece as part of British Council Amplify Artist Residency, to develop technology laced live art. Support by the ICA London and Deformal Gallery in New York, the showcase also included an online-only performance and talk series Dystopian Futures.

For the latest influences feature, GLOR1A breaks down the curation and inspiration behind the METAL REBOOT$D release which featured remixes from Manuka Honey, Ikonika, Yazzus, Lila Tiando A Violeta and Flora Yin Wong – some of which have contributed to this piece.

METAL EP was a year in the making; during lockdowns and heartbreak, the world switched up, and I felt utter clarity. It was a labour of love for all the producers involved. When the opportunity arose to dedicate the remix EP to charity, i wanted to raise awareness of Sistah Space. An organisation campaigning for justice for victims of domestic abuse of African descent.

They are fighting for new legislation called Valerie’s Law to enable more cultural training for police officers who respond to domestic abuse calls and cases after the tragic death of Valerie Ford and her daughter, whose lives were taken by an ex-partner. They are raising money to provide short-stay refuge spaces for Black domestic abuse victims. All proceeds from this EP will be given to Sistah Space. The below list explores the sounds that influenced METAL REBOOT$D by the producers and me. Enjoy! – GLOR1A

GLOR1A: I wrote Control as a love song, a memoir, a transcript and a plan. When Lila took it I was so excited! Below are her inspirations for this alt RNB twister.

GLOR1A: I love Yves. They constantly push an off-kilter approach to sound, flowing in and out of tuned consciousness. The rolling bass and sharp keys remind me of a daydream im passively part of; everything is floating away, im floating with it.

GLOR1A: This track gives me Frank Ocean vibes, slyly soft but hard-hitting, its something we wanted to achieve with Control, and this makes so much sense to be a reference for the remix

Ikonika: I think I was thinking about Kelly Rowland’s ‘Kisses Down Low’ and some other Mike Will Productions for the original.

Ikonika: For the remix, I wanted to give it a UK Funky and Amapiano flavour, something with a bit of a buildup and drop. Functional for the club. ‘Awoa’ by unlimited soul & DBN gogo was in heavy rotation at the time. I was drawn to the melodic spectral sounds and wanted to capture that for this remix

GLOR1A: A Balie club twist on an angular IDM tune, Manuka switched it up hard. Ive chosen a couple of her tracks to spotlight below.

GLOR1A: I love the vocals on this and i can see similarities in the call and response in Running Man. The bassline is so angry i love it. Hard and fresh, despite being released 3 years ago.

GLOR1A: I first listened to Flora’s music after a meeting to throw an experimental theatre show in a venue she was managing. I was owe struck by how this sound artist blurred the lines between reality and fiction, I always felt in a numbed state of consciousness, and this one, which she brought out with PAN records, stayed on rotation for the whole summer.

GLOR1A: This track makes me feel like im in the middle of the club scene in Blade, soft enough to build the tension with a heavy thud to keep you focused. During the lockdown, I missed partying. Now I feel like im making up for lost time #clublife

Yazzus: I wanted to create a bouncy floaty ethereal remix that can still hit hard at the clubs. The synth lines come from the really sick arcade music from most fighting games like street fighter; video game music, in general, is always a significant influence also. The drums are dipped in reverb, giving a hazy background for all the elements to come together. I named it stone-free after my favourite manga, jojo’s bizarre adventure part 6!

GLOR1A: I picked 2 tracks I can’t get enough of for Yazzus.

Yasss. Me = the club = good times. This gives me high energy Berlin rawness, i miss that place so much. I used to go about 5 times a year i contemplated moving there many times but never followed through. Ill just sit and listen to Yazzus instead 😉

GLOR1A: Again, why not. This track reminds me of being in a hard house club in my teens, fist pumping the air giving it stacks, maybe not even moving my legs, all arms, all fist pumps, all vibes. I love the chilled vocals too, a really nice contrast.

‘METAL REBOOT​$​D’ by Various Artists is out now – buy here.