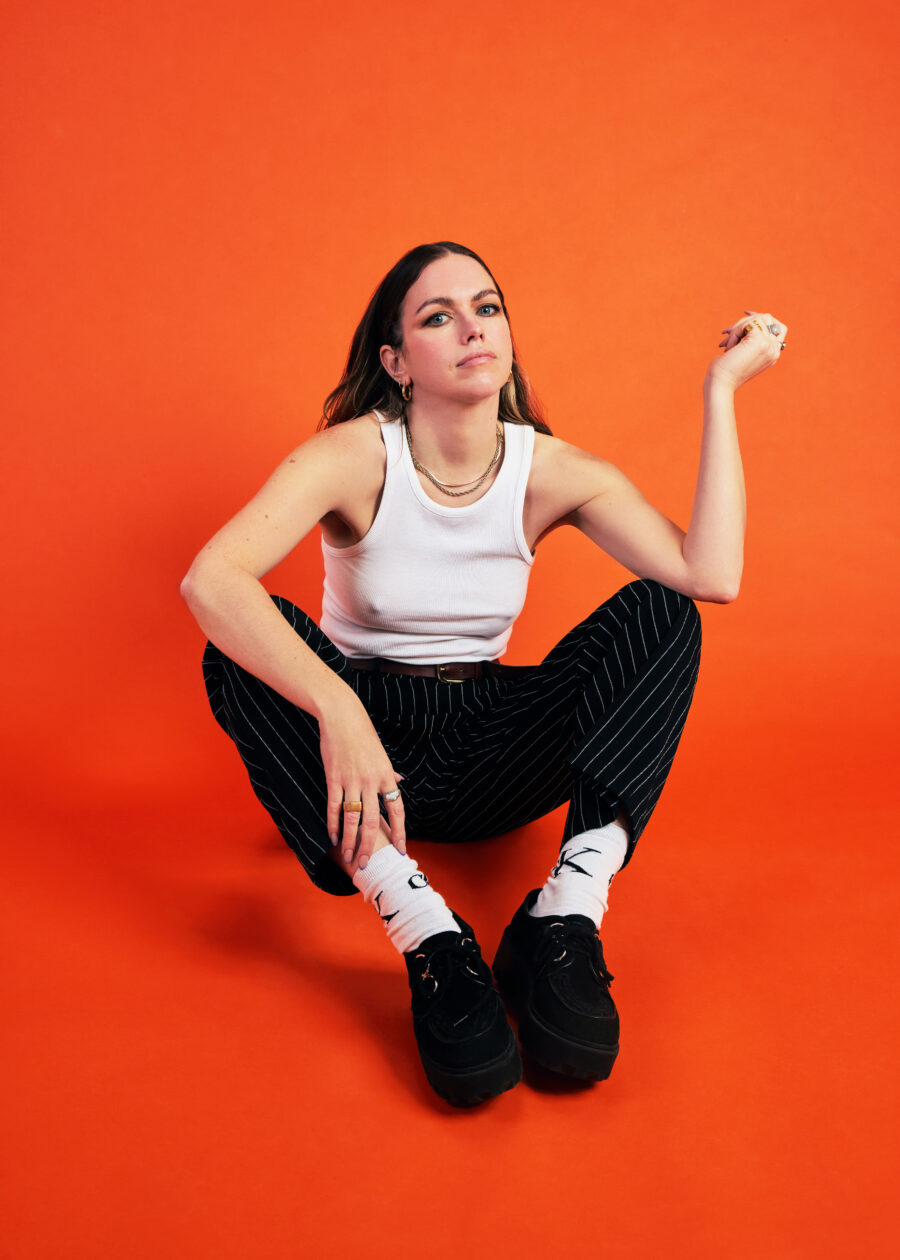 London-based artist ELLES has been devoting herself to music since an early age, immersing herself in everything from alt 90s indie and shoe gaze through to R&B and pop. A creative spirit through and through from writing songs to drawing and customising clothes, ELLES was drawn to London’s legendary queer parties, warehouse raves, and live music scene, giving her the drive to start DJing. Now she’s a resident on Rinse FM with a show spotlighting female, non-binary and queer talent as well as a regular on Netil Radio. Bridging this with her love of production, ELLES has appeared on labels such as Naive, Naivety, Love On The Rocks, Dark Entries and Super Drama. Continuing on her successful trajectory, last month ELLES released her debut album ‘A Celebration of The Euphoria of Life’ on Naive, marking the label’s first album an their 5th anniversary. To tie in with the release, ELLES talks us through some of the key influences that have impacted her the most over the years.

In no particular order!

I used to co-run a blog that was all about acid house, Balearic, Detroit techno etc and all the attendant scenes and sub-genres of early rave the 80s and 90s. Andrew Weatherall, Terry Farley et al’s zine, parties and label (Junior) Boy’s Own got a lot of airtime on those pages and still inspire me now. Actually this one covers a lot of passion points: acid house, the DIYness of the original zine and zines in general, Andrew Weatherall, the cultural intersection of football, style and music.

The Streets – Blinded By The Lights

The first time I heard Has it Come To This? on the radio I was like omg what’s this and the whole Original Pirate Material album is obviously great but he really hit his stride with this one. The melancholic rave impressions and lyrical eye for detail feel effortless, real thing of beauty. I love that it perfectly captures the experience but in itself is not a club banger, something I think about a lot in my own work. The video is also amazing.

Three of my faves and a venue that no longer exists, think this was the launch party for Actress R.I.P, a title/ memory with additional poignance since we lost SOPHIE last year.  I still think about all three of these sets that night all the time. They each brought something so different to the table and encapsulated a lot of what I love about dance music at its most interesting , whether its colourful and playful or brooding and experimental.

When I was at school I had two groups of friends – one lot were like indie girls and we just listened to bands and in the other group we listened to rap, RnB, UKG. In the latter group one of my friends had an older sister and she would nick CDs off, old albums, new ones whatever. One time she stole ‘Hardcore’ by Lil Kim for us to listen to and honestly my mind was blown. I was obviously super innocent in terms of like sex but had never heard a woman sing or rap so directly about this stuff, hearing this cemented me as a fan. Her influence is everywhere atm in music and fashion, she deserves all her flowers. Side note, and not on this album, but her duet with Biggie, ‘Another’, with the massive Barbara Mason sample is prob my fave break-up song ever.

The track Anthem on my album is in part about the spirits of dead loved ones appearing as momentary apparitions in a club setting- not in a frightening way but more like a comfort that they can be found in settings that had meaning for the relationship like I’m always carrying them with me. I have a couple of friends (unconnected to each other) who died young and when I think of them it’s in those environments, so I wanted to honour them in a small way. This film deals with a similar idea – a sort of guardian angel motif wrapped in magic realism – I saw it on tv once when I was little and it struck a chord for many reasons, I think about it often and still love it.

When I first read bell hooks I was reading a lot of quite dense critical theory on race, class and gender, her warm and engaging style, ideas on love as a radical act and deconstructing language really cut through. Part of her genius also was in weaving in all these cultural touchpoints, unpacking lots of pop culture references and demonstrating that this level of critical thinking is not just something required for universities but for all of us in every day life. She wrote loads of interesting stuff on hip hop and engaged rappers in dialogues when other feminist academics would never. She blazed a trail with lots of ideas that we take for granted now – the internet is full of hooksian unpackings – and inspires me in so many ways.

One of the most objectively freeing things you can know about music or art is that there is no wrong answer. Of course you can make stuff that is pretty or popular or marketable or whatever and all of that’s valid, but you can (and should) just also do whatever you want for you. Which is a note to self as much as anything. I spent a long time thinking I had to do things a certain way or sound like whoever, but once I started drawing in more non-dance music influences I was like ‘nah this is bs just do what you want hun’. I found the stories of women like Poly Styrene, Viv Albertine from the Slits and Cosey Fanni Tutti super inspiring – coming from very DIY scenes and carving their own niche. This idea of start with whatever you have , learn on the job, make your own unique space and sound as you go has transformative for me.