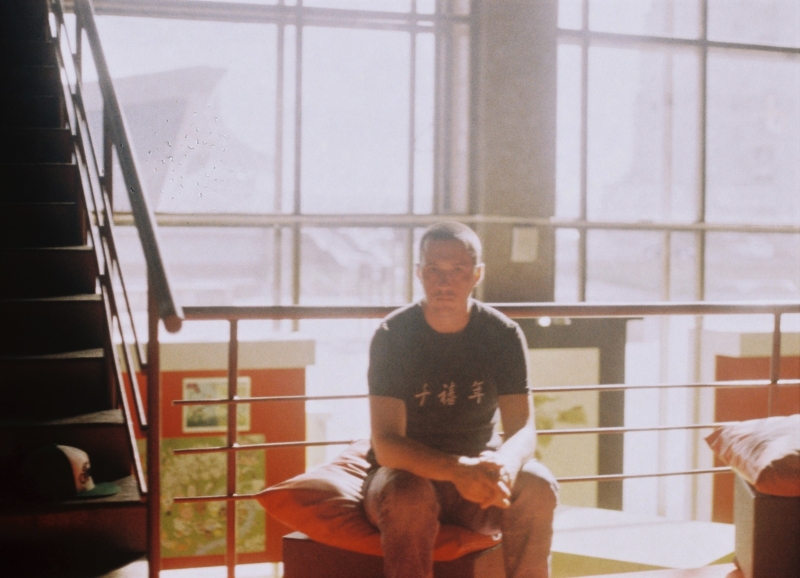 Over the past couple of years, Nina Kraviz’s imprint трип has become a staple for an eclectic selection of Eastern European sounds. Spanning across IDM, electro, gabber, techno and house, the label has championed incredible artists such as Bjarki, Exos, K-Hand, Deniro and Steve Stoll. On the 8th December, Russian artist Roma Zuckerman will step up to the label with his debut EP ‘That Present Terminal’, oozing with murky textures and sinister vocals. Still relatively unknown, we caught up with Roma to get the lowdown on how he started producing music, how living in Russia has impacted his sound and the story behind ‘That Present Terminal’.

Hi Roma, we’re really excited about your debut EP on трип after your standout singles on the label’s compilations in 2015 and 2016. Why did it take almost three years to bring out your own release on the label?

Hi friends. Thank you very much for your kind words. Why did it take me so long? Everything has its time.

Why did you pick трип as the label to release your debut EP on?

Personally I find трип a really cool and fresh record label and the releases happened really organically. I met the people behind the label and bit by bit we’re where we are today.

How would you describe your musical journey from creating in the comfort of your home or studio to releasing it to the public sphere?

Deep Waves For Brainwasher. I believe and you believe. I pray and you pray. I dance and you dance. We live on one planet.

Growing up in Russia, do you think that has effected your sound or the way you approach music?

Of course it has an influence on my music, Russia toughens people and it’s an isolated country. Unfortunately all the opportunities that I have are not enough for me, I don’t have the technical capabilities and freedom to express what I wish to express so hopefully thesis only temporary.

I’m aware your Dad is a master of computer engineering and has influenced your sound but in terms of music, were your parents playing music around a lot when you were growing up? Is that where you love for music stemmed from?

Yes he was and it totally influenced me from a very young age, I had to fall in line with my dad. It was one of the main factors that has affected my life now and in the future. Music sounded neatly and unobtrusively good. I believe that is who I am now and I am thankful that my childhood made me be in control of myself and has helped to build the right taste in music.

The «nucleus» is a fire that accumulates within [me] and from time to time I embody it via sound.

How did you find underground music? Who was it that introduced you and what are you earliest memories of it?

My best childhood memories came from music that surrounded my friends and I. We had a group of guys that tried to express themselves via music and we were performing in schools where me and my partner made beats for the shows – guys were talking on mic and I made beats.

You’ve been experimenting with sound since you were a child, what was it that first drew you to electrical devices and how they can emit different sounds?

In my early childhood we had no internet. We had Soviet devices and Soviet computers, Soviet cassette recorders that made amazing mechanical sound. My dad tested the mechanisms and I was taught about the way they worked little by little.

What were the first devices you started experimenting with? 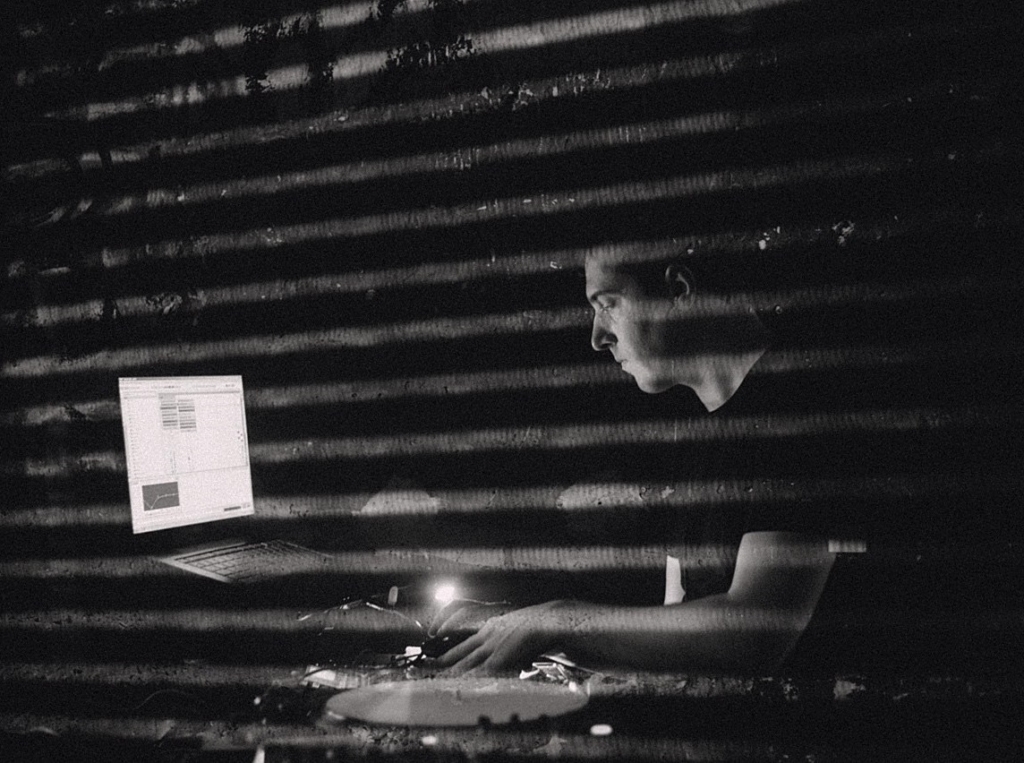 You previously experienced with something called ‘nucleus’ – could you describe this process and what you would achieve?

The «nucleus» is what I add to my productions. I try to make the sound deep and crunchy. At some point I had to find a way to balance the sound between commercial and underground. I then choose to adopt a sound that was more underground-experimental, rather than commercial beats that could have given me more success and power. The «nucleus» is a fire that accumulates within [me] and from time to time I embody it via sound.

‘That Present Terminal’ has a very unnerving feel to it with glitchy synths and haunting vocals. Where does this mood come from? What was it that inspired this EP?

Everything that I have produced has been made in Krasnoyarsk city. Through the reflection of our mentality here, I make my compositions. I do not fool myself and others that listen to my music. Krasnoyarsk is not a “sweet candy” type of a city, it is not like Europe or America. It is Siberia that is a part of the Russian Federation, here people wear masks in order to build something. I believe God guides me to make true and honest music even if it sounds weird for some people but it is my original sound that has its own handwriting. Even If it is coded for many listeners. It is the mood that I reflect, that is affected by the Siberian lifestyle, no matter how beautiful local radio stations sound with its popular tracks.

There isn’t much melody in your tracks, would you say this a style of work you have picked up from working around computers?

This is the mood I’m in. My computer does help. As they say, “one must not suggest whether this journey will be the right one, but to simply will find one’s own way.” The process has begun.

Who would you say are your musical influences?

In regards to production, I don’t have favorite artists, I am my own inspiration somehow. The only thing that helps is the sound itself that I want to be deep and thick. I try to make it technically interesting but many factors depend on my current mood. I also believe that everything happens for a reason. Every track has its own root.

Having only toured in Russia, how would you describe your DJ sets? Would you say your production style reflects the kind of music you would select for your sets?

My sets are charged by the energy from the techno power clubs but I produce my own unknown sound even if some people find familiarities in my music. What I play, my dj sets are completely different from what I produce since I am not that versatile at the moment to make the same sound and be someone’s plagiary.

Hopefully we’ll see you in Europe soon, are there any cities and clubs you can’t wait to play in?

What are your top five tracks in your record bag at the moment?

‘That Present Terminal’ is released on the 8th December via трип – pre-order here.