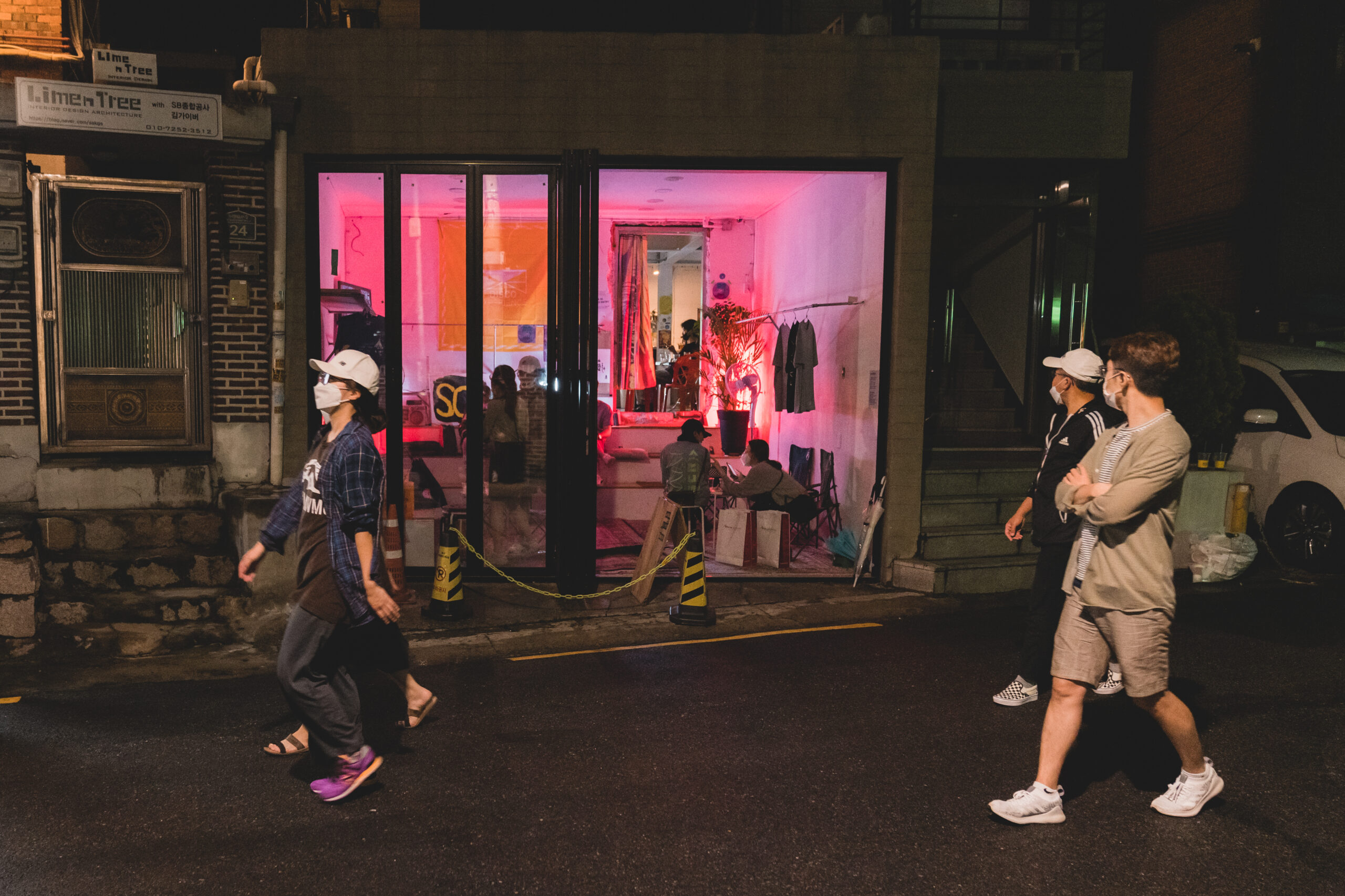 Over the last nine months, we have seen the music industry transform what it means to host events in a socially distanced world. What started off as a humble live stream hosted on a social media platform of their choosing, from Facebook, Twitch, YouTube and Instagram, has transformed into immersive experiences that allow viewers to customise their experience and bring more elements of the traditional live performance. These have included pivotal partnerships with video games such as Fortnite, using Zoom to create inclusive safe spaces for communities to come together such as Club Quarantine, and creating digital nightclubs with customisable Sims-like characters. This has also paved a way for festivals to continue to exist and expand their programming to include workshops, panels, screenings, and more.

Last weekend, Berlin’s Krake Festival was the latest event to bring their IRL experience to an URL platform. Over the course of three days, Krake invited global communities to come together for a weekend where they showcased some of their favourite local artists, a live call-in talk show, and Krake TV where they programmed music videos, ‘backstage’ interviews, and a raffle. One of the collectives they invited was Seoul Community Radio who we have below talking through their programme and some of the artists they invited to play.

At SCR we’ve always been keen to explore and support artists representing some of the faster, and more abrasive, industrial and rave soundtracks to life here in Seoul. When we were invited to take part in Krake Festival, the visual curation and ‘ceefax’ type visuals on the flyer reminded us of a late-90’s rave electro and techno a lot, hence why we’ve selected a line-up that represents that ethos in a uniquely local way.

In general, Korea is a decent place for fast abrasive music. You can often get fantastic energy at clubs like Volnost, Faust, Vurt, Seendosi that regularly exceed the normal techno BPMs and are powered by a lot of tequila and soju shots – other stimulants being highly regulated. Fast drinking and hard dance are the order of the day with people getting wild like they’re at some metal concert. We’re missing that vibe a lot right now per the pandemic.

We’ve wanted to capture that spirit in our curation for Krake festival – here’s the background and some essential listening on the artists who participated.

Damie – a lead resident at Seoul techno temple Faust and producer at AMENIIA records is one of Korea’s finest techno DJs. If her iconic Boiler Room was an epic demonstration of the sound of a rising star then recent mixes such as the one showcased above for VFV have shown an evolution to faster and nuanced styles.

Often intersecting the frenetic hack-and-slash action and clunking sounds of movies, her productions bring an intriguing blend of fascinating sound-waves and nano-loops that always keeps the listener’s attention firmly intact. DAMIE’s intricate DJ   style has led her to some of  ASIA’s foremost nightspots, including HQ   Councils, Lantern, Loopy, Womb. Futuristic, raw and rhythmical techno music for the soul

Asian Highway are a deadly double act made up of DJs Chukimaandal and Soyo, two doyenns of the fast techno and hard dance sound quickly gaining new listeners in Seoul. Between them they transcend moods from rhythmical techno to Fast trance, their sets flowing well between genres with playful surprises and sometimes; local references and humor.

While Soyo leans raucously towards the sounds of UK rave and 90s trance, Chukimandaals solo efforts focus more on a psychedelic sound, her music offering a powerful, dynamic, danceable range of techno. They performed 1-hour solo sets each at Krake as a demo of their individual sounds.

Starting off as a guitarist, Hakiim got sucked into into Seoul’s underground scene by its diverse parties and ended up organizing rave events himself. His roots in the Alternative sound of the 90s and the experimental side of Electronica led him to become obsessed with the sounds of pure synthesizers and drum machines and their shared ground in rave eardrums. A big web radio aficionado, Hakiim has played at Red Light Radio (Amsterdam, Netherland), Noods Radio (Bristol, UK), GÃY (Saigon, Vietnam), AVYSS (Tokyo, Japan) and more. He is 1/2 of hardcore duo “Keanu Reeves(@keanureevs_123) and “Emanon(@emanon.2017.seoul)”, with the slogan <Open to everyone>.

‘VIICE’is the contraband moniker for DJ and producer team NO.LINK and CHANGYUNFLUG. Fairly fresh on the Seoul scene, their productions have displayed a maturity and sound quality which has put them as mainstays in the box of DJs at home and abroad. Exhibiting the raw power of electro alongside industrial and acid sounds – the end product is refreshingly aggressive and clean in terms of the snares and breakbeats which are their trademarks. Similarly, their DJ sets showcase an upfront energy – as they say “‘VIICE’ has the raw feeling inside the music”.

Find information on Krake Festival here and there will be a special V/A compilation released soon.