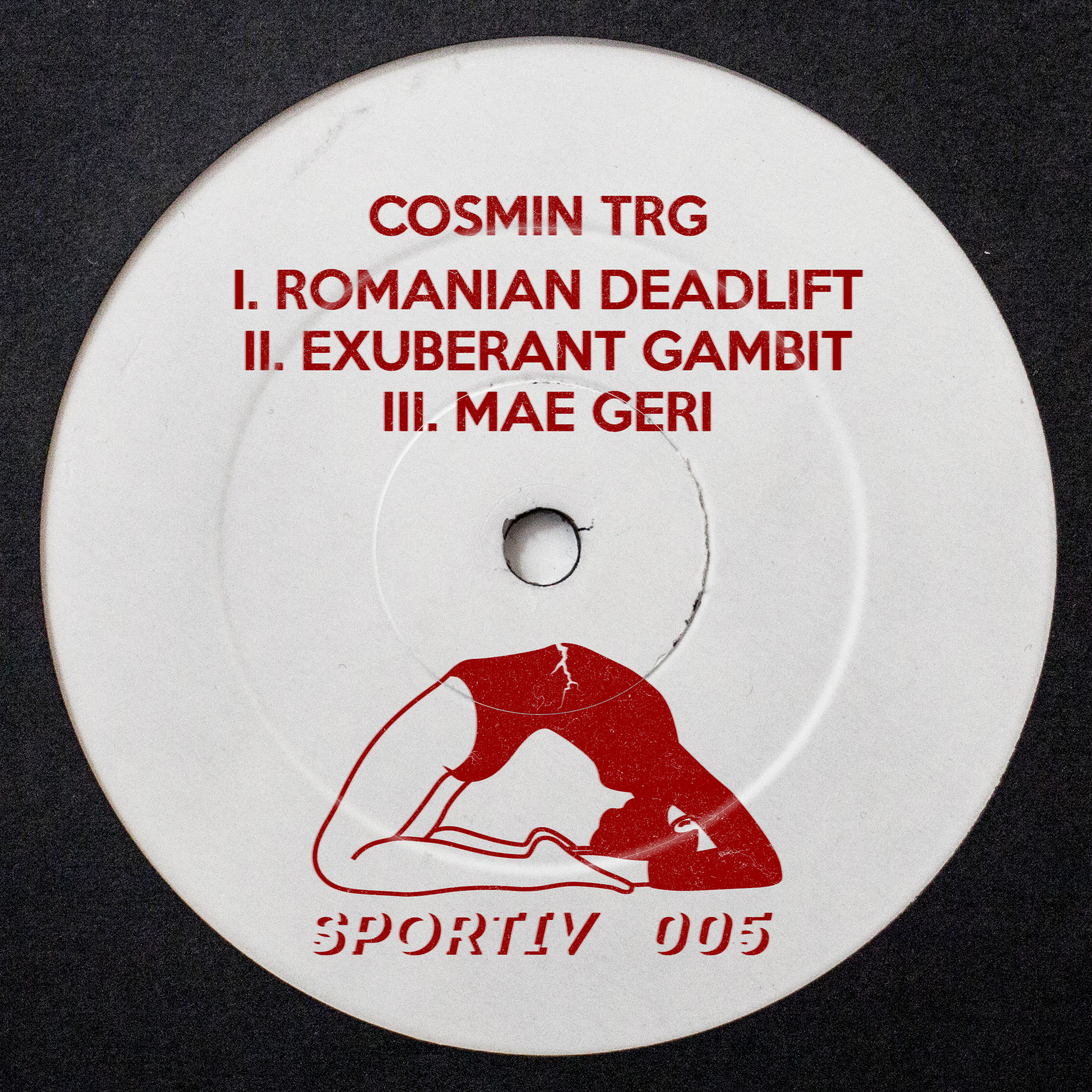 Romanian genre-spanning Cosmin TRG adds to his Sportiv label with an accomplished and playful release.

In February, Berlin-based producer Cosmin Nicolae released ‘I Hope This Finds You Well’ under his Cosmin TRG moniker. An ambient album poking fun at monolithic corporate culture, it’s a far cry from his dubstep roots and, later, the brooding techno he developed under his Fizic label.

It’s a testament to the versatility of Nicolae, then, that 3 months later he could put out as competent and well-honed a release as SPORITV005 – the fifth instalment on his Sportiv label. The EP’s namesake, ‘Romanian Deadlift’ is a functional track, one that might carry the weight of a lagging crowd three hours into a set. As the most straightforward on the record, it’s a percussive stomper with an ever-changing, mutating synth and roiling hi-hats.

‘Exuberant Gambit’ is a more intriguing, ambitious affair. After a short intro of crushed, broken beats and a hyperactive vocal sample, bouncing marble-like clicks give way to helter-skelter, kick-fuelled polyrhythms. The track finishes on a more ethereal note; sparse, detuned bells give the record room to breathe. ‘Mae Geri’ is the warmest of the record; a rolling groover with leisurely muffled loops, off-kilter synths give the track an almost funky aspect. Releasing a club-oriented album so soon after an ambient project is audacious, but if there’s anyone to pull it off, Nicolae is one to do it.