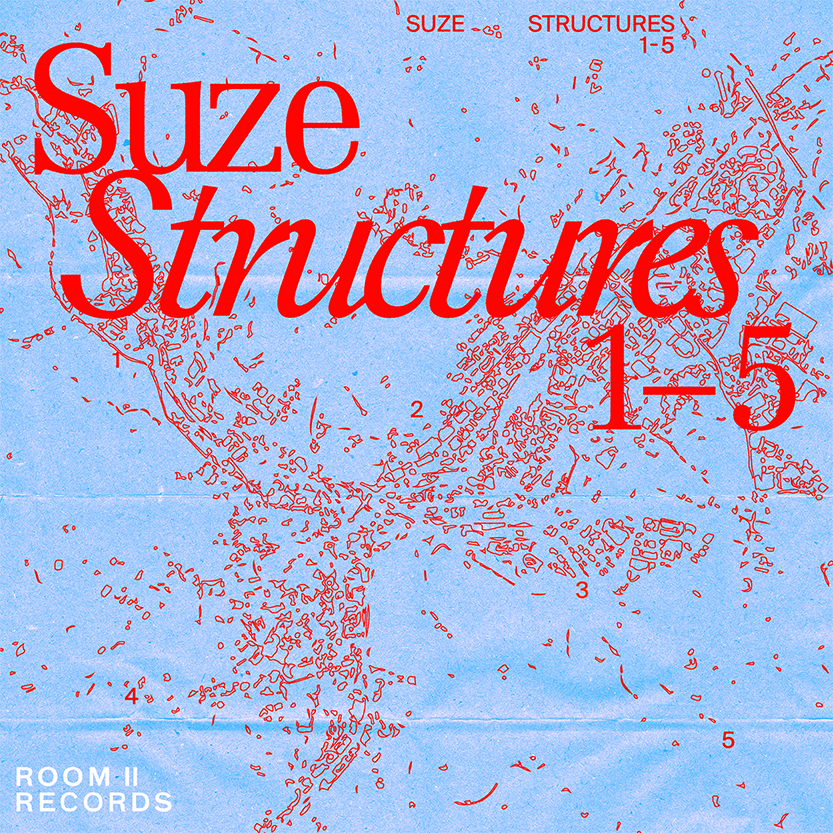 With previous contributions to the Pressure Dome imprint, Suze lands on Room II Records for his first expansive release. Speaking about the release, Suze says, ‘I wanted to view the structures not as practical, functional objects but rather from a purely aesthetic standpoint, as sculptures almost.

I tried to evoke certain physical characteristics of the structures. The static and repeating shapes found in the structures with looping melodies, or the hard and unnatural materials they’re made from with rough synth timbres.’

Ahead of its release on the 10th December, we have the exclusive stream of the emotive closer ‘Structure 5’ – a track which climbs from metallic pulsating synths into a kaleidoscopic melody filled with colour.

‘Structures 1-5’ by Suze will be released on the 10th December via Room II Records – pre-order here.