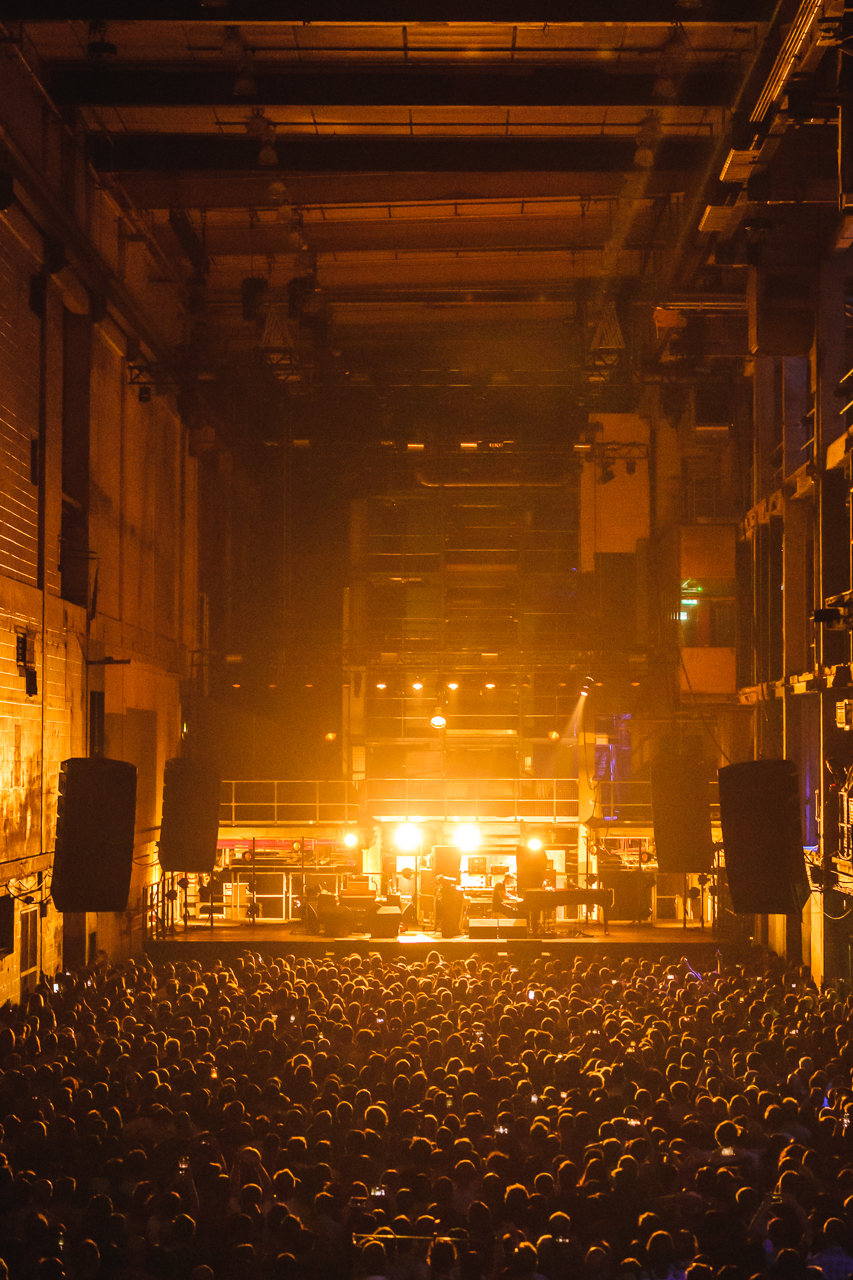 On Friday, more than a thousand Londoners made a pilgrimage to the cavernous halls of Printworks, not for an 8-hour techno marathon or drum & bass soundclash—the kind of night on which it stokes its reputation—but for a night of contemplation. To open a bank holiday programme of dance music’s finest, The Hydra were bringing Nils Frahm to the London megaclub. As the crowd filtered in, the majority decades older than the normal throng, the expansive hallways were unusually quiet. Signs asking you to turn your phone to silent affixed to the walls.

If the signs didn’t give you pause, the ethereal pads of Tom Middleton did. Along with Mark Pritchard, the two formed 90’s duo Global Communication, cherished for their foundational ambient album ‘76:14’. Middleton was playing a one-off show, two decades after the album’s release, complete with original, warm cassettes and evolved live arrangements. As the ticking and sweeping piano of ‘14:31’ rung out, lifelong fans slumped against the bare factory walls – eyes closed in a quiet reverence.

Nils Frahm, who draws similar crowds of semi-religious fervour, might have seemed out of place inside the gloomy Printworks’ steel and concrete. Last year, his sold out three nighter in the Barbican was a plush, sit-down affair but a defining feature of Frahm’s lengthy musical career is a willingness to twist and bend what he finds comfortable. His last album ‘All Melody’ played with harsh kicks and dissonant synth, a firm step away from his previous straight, pensive piano.

For all his experimentation off-stage, Frahm’s on-stage improvisations tend to be more predictable. Opening with the gentle ‘The Whole Universe Wants to Be Touched’ and segueing straight into the more volatile ‘Sunson’, both from ‘All Melody’, Frahm knows what his audience has come to expect. A capacity for surprise, but enough familiarity with the tracks they’ve spent countless bus and train journeys immersed in, shut-eyed and closed off from the outside world. 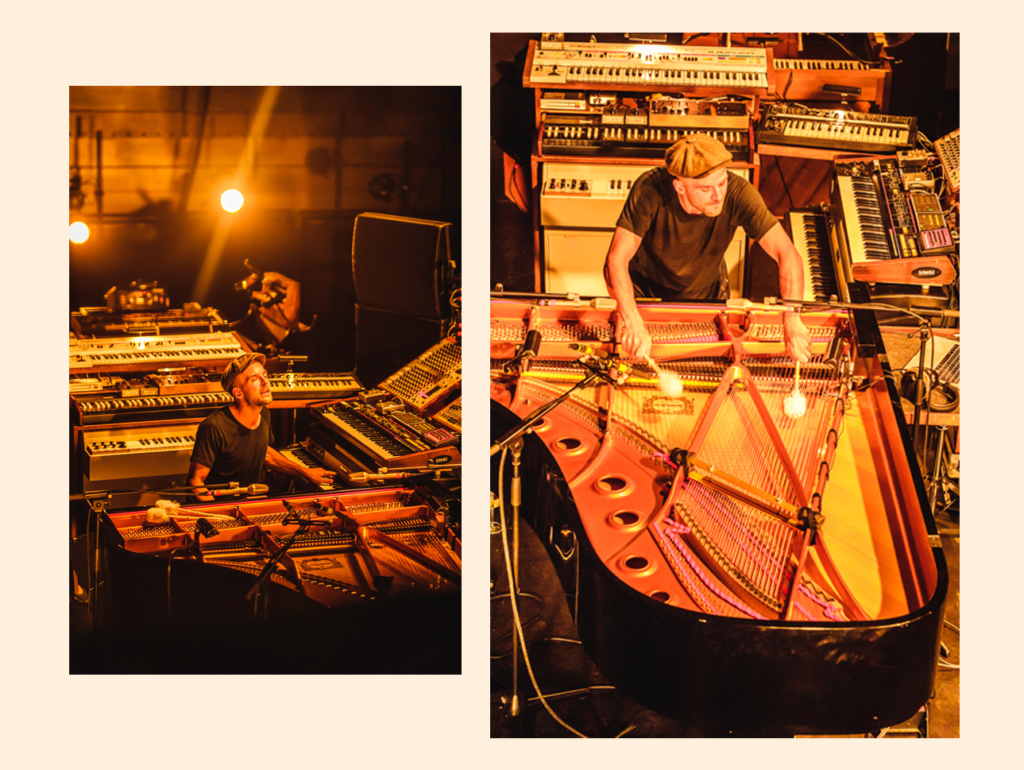 Frahm cuts a frenetic figure on stage, cavorting and twisting inside his intimidating mass of equipment: a grand piano, a Rhodes, a pipe organ, a modular synth, a drum machine, two more synths, a marimba and about five more keyed-instruments. With his set-up exposed to the crowd, there’s a touch of the mad scientist at work, or a submarine captain on the brink, frantically darting between control panels to avoid catastrophe. Surrounded by simple golden halogen lamps, the lighting, designed by photographer Stuart Bailes, made you feel almost intimately close to the controlled madness.

Far from being alien to the post-industrial environs of Printworks, the space elevated his performance to something approaching religious service. When the ecstatic chords of ‘Says’ rang around the five-story roof, lights bubbled beyond the stage. The choral harmonies of ‘Human Range’ floated in the air – pipe organs reverberated from the titular ‘All Melody’.

But for all the novelty of hosting a performance like Frahm’s at Printworks, there were tangible drawbacks. The sprawling, open-plan acoustics of the room meant that in the quietest moments people ordering at the bar next door were presented as a constant murmur—puncturing any moments of true silence. For an artist that relies as much on moments of calm as he does frenzy, this was a problem. Just as important to his performance are Frahm’s audience interactions, where he fills the role of a parishioner guiding his congregation through religious ecstasy. But this too was neutralised with a distorted, muddied PA system.

Though a blemish, the challenging acoustics also proved Frahm’s professionalism. At one point during the pure, angelic notes of ‘My Friend the Forest’, the incessant chattering threatened again to continue, even as Frahm let the notes ring out longer and longer. But patient and believing in the congregation that had gathered before him, he paused, waited and persevered, rewarding all of us with an island of meditative calm.