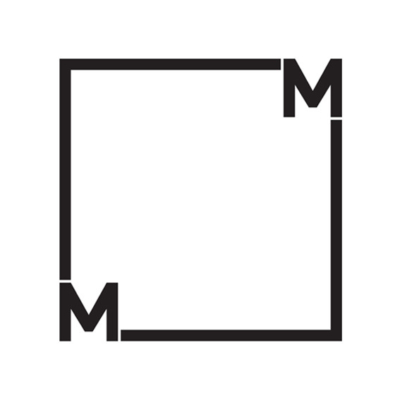 Each month we will take it upon ourselves to confess our love affairs with the record labels that exemplify our musical curiosities and obsessions. This month 909 writer Rory Tanner reveals his intimate and whimsical ode to the wonderful Music From Memory.

“Vito, he’s in heaven. He released one obscure record in 1983 and now he’s gotten lots of attention. Everyone knows about him, 20 years after he made his music. For me, that’s the main reason to do what we do.”

Music From Memory has a unique approach to releasing music. Rather than exploit the supreme amount of sure-fire hits cloying the Amsterdam scene, it instead looks back to the distant past, in the places where no man has dug before and strives to find the greatest music you’ve never heard of. Its rearward looking approach champions the unknown hero, exposes the undiscovered, and has led to it being one of the most heterogeneous and subsequently adored record label’s in the electronic music community.

Founded in the depths of Amsterdam’s red light district in 2013, Music From Memory is the creation of Tako Reyenga, Abel Nagengast and Jamie Tiller. These three sorcerers are tightly affiliated with both the Red Light Records and Red Light Radio institutions, and are interwoven into the musical family of Amsterdam, along with stalwarts such as Rush Hour, Dekmantel and De School.

These guys are straight-up music lovers and crate diggers. Free from the constraints of being professional DJs, they enjoy a relentless freedom to pursue, collect and enjoy all of the strange sounds of the universe. Their cumulative experience has involved digging trips across the globe, from Japan to South Africa through to road trips across Germany and Austria. Their superior knowledge and enduring passion has rewarded them with the record collector’s dream life.

Music From Memory’s purpose and philosophy is centred upon the idea of discovery. Their releases are cherry-picked from the pool of forgotten, dismissed and undiscovered gems of yesteryear. Music that was considered too zany and oddball in the 70s and 80s is suddenly breathing new life as the cultivated ears of our generation continually strive for our next fix of musical ecstasy.

Each release is rich in its context and its history. Some of the releases are so ridiculously impossibly rare they will make you consider giving up digging forever, simply cause you’re never gonna reach the big leagues like these guys. For example, if you look at their release Talk to the Sea by Gigi Masin. This woefully underappreciated producer made records largely for himself in his attic for 15 years, and self-released his music purely for his own consumption. A significant amount of the copies that did exist were destroyed in a flood in his Venice home. However, a chance discovery of one of his songs on Youtube led them to get in touch with Gigi. Originally, the intention was to simply see if he had anymore music that was available for them to buy, but it quickly became apparent that this was an artist that needed to be exposed to the wider world.

The result has been a hit record that has been repressed over 5 times and has led to Gigi Masin to become a cult hero of the ambient scene, as well as one of the members of ambient super-group Gaussian Curve, of which their Clouds LP was released on Music From Memory (the label’s only original release) and is widely considered one of the greater ambient works of the 21st Century.

This excellence in their releases is not an aberration, but part of a relentlessly consistent string of wicked records.

Music From Memory possesses perhaps the most fantastically intriguing back-catalogue of music that I know of. Their releases are supremely ambitious, overwhelmingly oddball and remarkably enigmatic. It is literally impossible to categorise the music that they release, as the spectrum ranges from deep, tribalistic, alien battle cries such as this from their newest Outro Tempo compilation, all the way to dreamy, sleazy and emotive healers like this from The System EP. The superior quality of the music persists though, and makes for some of the most romantic, Romantic, voodoo enchanted and euphoric music you will ever hear.

As well as this, their artwork is quite simply stunning. Completely off the wall. Completely fucking beautiful. Every release boasts its own original art piece and exceptionally portrays the emotion and feel of its contents. Looking at the one’s pictured here makes my jaw drop to the floor. This combination of high quality, stupidly sought after and extravagantly complex music with serene artwork results in a product which feels like a collector’s piece. A true work of art. This is really hard to find in music today, and no one else manages it quite so well as Music From Memory. Heard melodies are sweet, but those unheard are sweeter

Looking ahead to the future of Music From Memory, their roster sheet is looking strong. The aforementioned Gaussian Curve are releasing a new album, due in the Spring of this year, called The Distance. The title song suggests a more drawn out, spacious affair; but with their familiar, achingly evocative synths and guitars. I’m seriously gutted I missed their live performance at The Yard in London as it would’ve been one to tell the grand kids about.

The label also is looking forward to releasing a record from its first Dutch musician; Richenel, and suggests a looser and more accessible selection of pop cuts. The label’s 20th release is a hazy, ligering, aquafied ambient album from Suso Saiz, aptly called Rainworks.

This tripartite combination of releases suggests that Music From Memory are going from strength to strength, and are getting even more ambitious and obsessive in their approach to finding new music.

A quote that Tako quipped in a Resident Advisor interview has resonated with me as I’ve been writing this. Referring to a friend who had worked at a record shop his whole life, he declared:

“I’ve had two million records in my hands in my life, and it never ends.”

It gives me a childish joy when I ponder that thought, and realise that there is far too much amazing music for me to ever find in my lifetime. I’m just glad there’s an output such as Music From Memory that can expose the music that I will inevitably miss, and in that microcosm, it is clear that Music From Memory is a label that embodies the music lover’s dream. The relentless pursuit of music. The frantic search. The discovery.