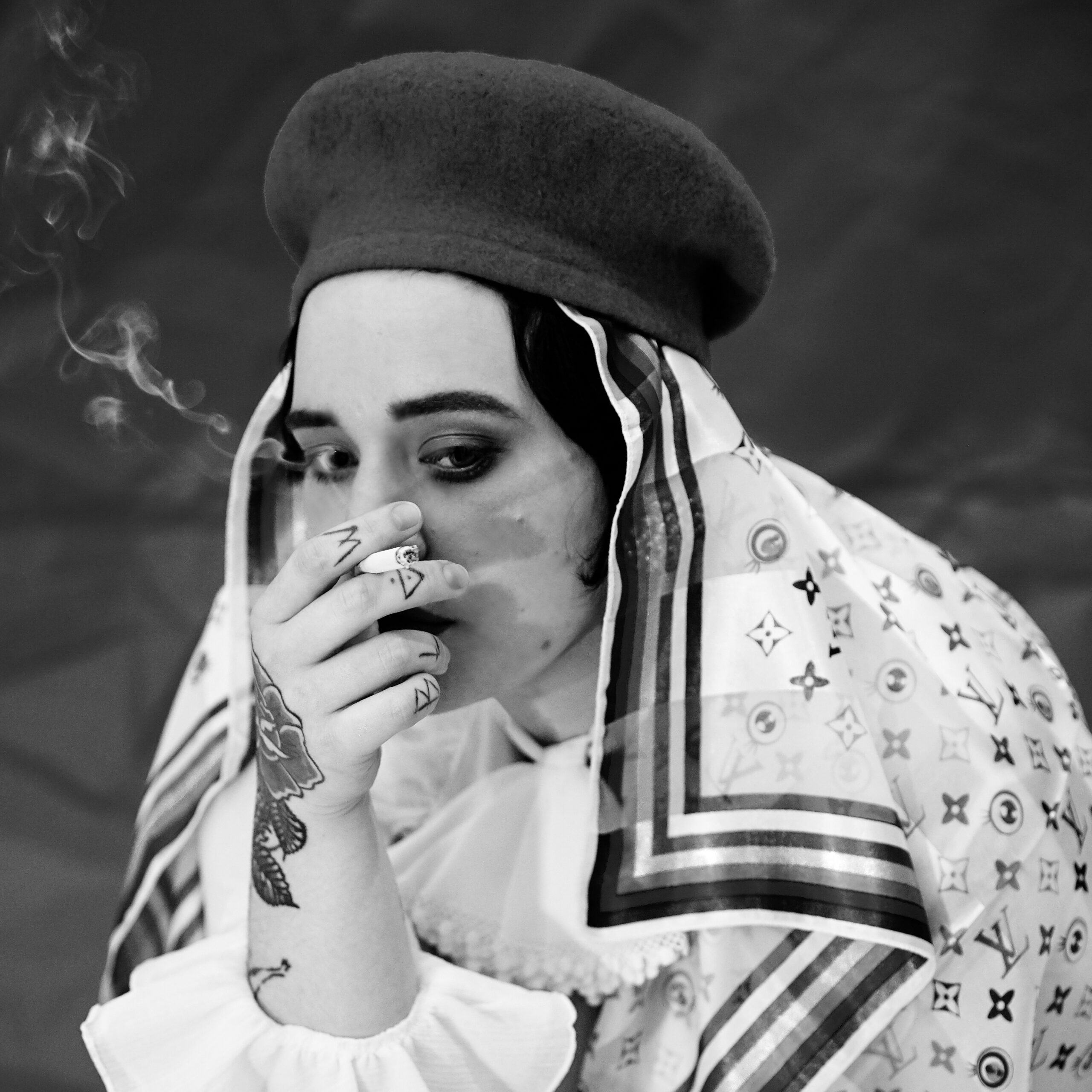 South African artist Rose Bonica has become known her enchanting, otherworldly productions that push the boundaries of what dance music could be. Taking you outside the world which you call your own, Rose founded the record label Roses Are Red for her and her friend’s experimental music. Supported by the likes of Violet and Machine Woman, Rose’s productions are a chance her to share her story, drawing from personal experiences and perspective on everything from love and pain to the joys of domestic cats. For her latest album ‘Tears for the Tea Maker’, Rose explores the love and intimacy that grows from supporting each other, drawing from past experiences of trying to break through the industry which is renowned as being a ‘boy’s club’. Going beyond this private look into her past, Rose shares 10 influences which have impacted her music including Omar S, Tank Girl, Alien and FKA Twigs.

Omar S – Thank U 4 Letting Me Be Myself

When first starting to make music I was absolutely obsessed with this track. ‘Thank U 4 Letting Me Be Myself’ has everything you’d want in a track – the driving bassline that just never ends, the keys just plant a big fat smile on your face every time, riding hats. And then to top it all off there’s the track title, I swear every time I hear this track I give thanks to Omar S for letting me be myself.

Growing up I watched a lot of movies, like a lot and ‘Tank Girl’ is still one of my favourites. I had it on laserdisc and remember going to my parent’s bedroom after school and just watching it on repeat. lol. Tank Girl (Lori Petty) was the ultimate badass, the rebel I aspired to be.

Following on from the theme of ‘Tank Girl’, I find myself listening to ‘Roads’ (on the Tank Girl soundtrack) whenever I feel vulnerable. Portishead’s ‘Dummy’ is one of my favourite albums to date.

Driving along the coastal road on my way home, crying, overthinking the mistakes I made the night before. That’s what this track is for me. Oneohtrix Point Never also influenced my album a lot.

I don’t have the words to describe this song, the emotions I feel every time I listen to it, the way I wish I could express myself the way FKA Twigs can – just listen to it.

The White Stripes – My Doorbell

Right, so I completely forgot this song even existed until the other day while listening to BBC6 radio. Listening back reminded me of what I used to enjoy as a teenager and how simple song structures can go a long way. FYI, I recall feeling slightly betrayed when I found out Jack and Meg White weren’t actually siblings.

Björk knows how to write a song. Her lyrics are relatable and can often feel so obvious like “Why didn’t I think of that”. Björk is a dream, I love Björk.

I decided to remake this song in 2018, it was the first time I attempted to sing on anything I’d made and it just felt so freeing. I wish I knew where the project file for the version I made was, I used to listen to it a lot and be like ‘Yes Rose, you can sing dude!’.

Growing up watching Sci-Fi films with my dad was a thing and the Alien films were the best; except for Alien 3, that one sucked.

B U · OKZharp & Manthe Ribane

OKZharp & Manthe Ribane are perfect. This track specifically taught me how to space things out and how negative space in a song can be so powerful.

‘Tears for the Tea Maker’ by Rose Bonica is out now via Roses Are Red – buy here.