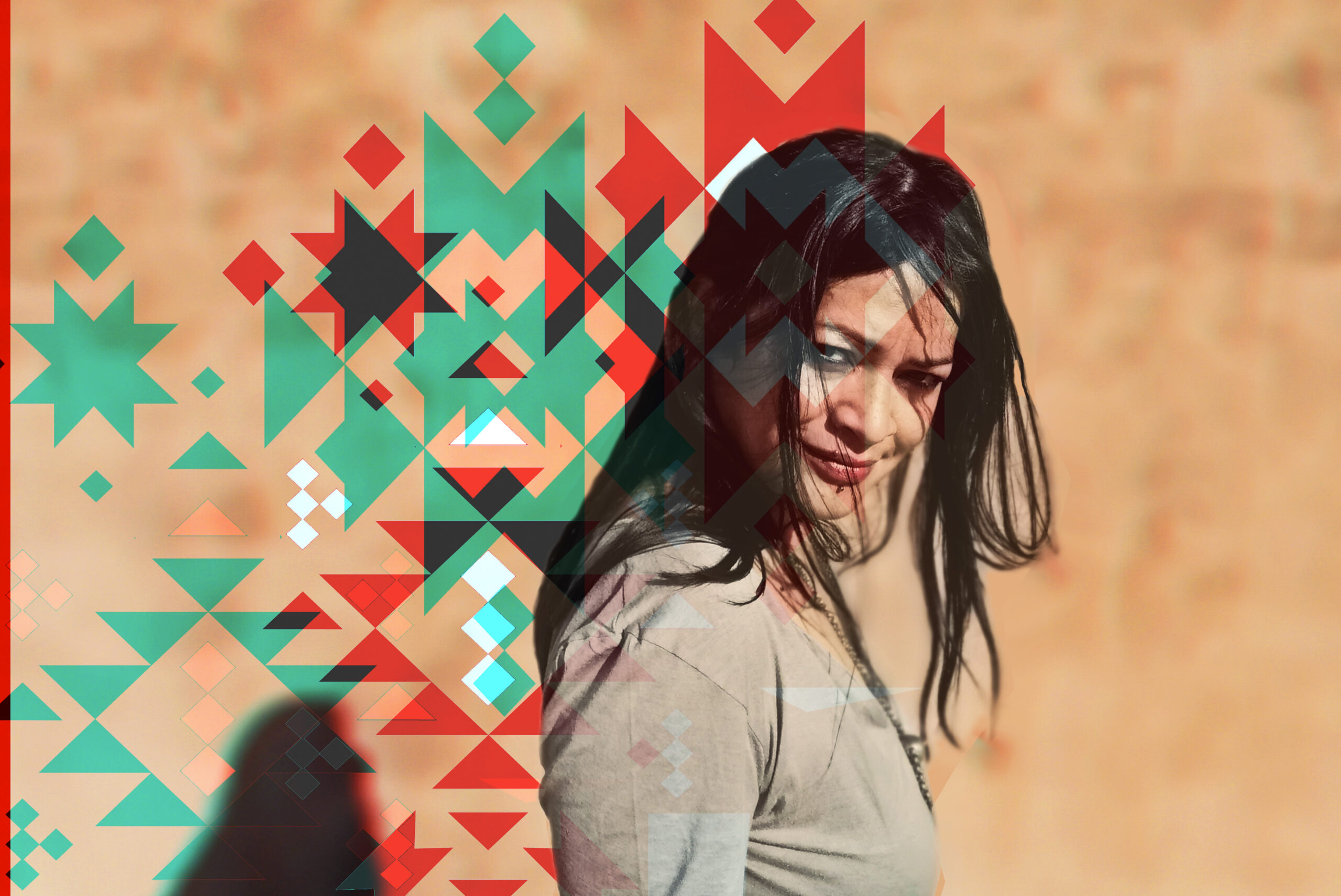 We first featured Azu Tiwaline on the site a couple of weeks ago, premiering ‘Air Element’ from the brilliant two-part album release ‘Draw Me In Silence’. We put under a spell of the Tunisian artist’s hypnotic dub and percussive-influenced productions, as she takes inspiration from the mystical land of Tunisia’s Sahara desert. The album was Azu Tiwaline’s first approach to the long-player format and gave a detailed insight into her spiritual mindset and soundscape as she had only released one EP before then, ‘Through Exodub’, in March last year. We’re really excited to see where she goes next, having just announced her first release on Bristol imprint Livity Sound – placing her alongside the likes of Pinch, Peverelist, Simo Cell, Forest Drive West and more. For our Influences feature, Azu Tiwaline talks through the tracks that have formed her sound from several chapters of her life, including growing up in Ivory Coast to her first introduction to techno music and parties when she moved to France in the 90s.

I grew up in Ivory Coast, so drums and percussive music have been always been a deep influence for me as I dived into this entrancing culture from an early age. Raw and traditional rhythms. Need it.

Tony Allen With Africa 70 – No Accommodation For Lagos, No Discrimination

At the same time, I used to listen to some Fela’s Kuti music in Abidjan’s « maquis ». It was later when I started to listen carefully to all these different rhythmic signatures and it was with Tony Allen that I started to understand the incredible complexity of these rhythms in afrobeat. I was listening, again and again, repeating each part, trying to guess where the first time in the measure was…. A really good exercise for me, Tony Allen was a sort of teacher for me. So sad that this fantastic drummer has gone now.

I’ve always listened to reggae music ever since I was a child. What is incredible with Bob Marley is that you can go to the middle of the Sahara, meet one Touareg and the only tape he’s got, is one of Bob Marley’s. That’s the most universal artist for me. He had the power to touch so many people, all people around the world.

When I arrived in France in the middle of 90s, I was low-spirited after leaving my beautiful Ivory Coast. It was not easy to adapt to this new life. Then, something gave me a reason to enjoy this new chapter: I discovered techno music and raves. Since this period, Cristian Vogel has always been one of my favourite artists. All of his records are fucking insane. But this one, the first Sativae Records (my favourite label when I was young) release, will always blow my mind. It reminds me of a wonderful period of my life. I had this vinyl and someone stole it from me. It’s still an awful traumatism.

When I heard this for the first time Unit Moebius was playing a live set, and this was the moment I fell in love with live performing. It was one thing to discover techno tracks and enjoy a DJ set, but having the chance to see how all these sounds could be done live, it was magic! Then I decided to learn music, get some hardware stuff and since this day, I’m still learning music and developing a live set 🙂

My mother used to listen to a lot of meditation music when I was young. We were meditating together but this music was so boring… The first time I listened to Biosphere, I realised that maybe I could make my own meditation music. Oh wait?! This is called ambient sometimes also? 😉

After a crazy period in techno and rave music, I wanted to progress, search new things, open to new sounds… Then Dubstep came and I immediately fell in love with it, thanks to artists like Pinch, Shackleton, and, Applebim. This album from Pinch and Shackleton is a masterpiece. And Shackleton is still a deep inspiration for me every day.

I cannot say how many times I’ve listened to this album and this track with the Spaceape is timeless. I’m such a big fan of the Spaceape, one of the best MC’s in history. And Burial’s sound is so unique. When you listen to a Burial track, you know it’s him immediately.

Kode9 & The Spaceape – Memories of the Future

Kode 9 and his label have pushed forward so much dubstep so far. And because Spaceape features here also, this album will be forever in my collection. Timeless music.

Rhythm and Sound ft. Cornell Campbell – King In My Empire

I could literally choose any track from Rhythm and Sound, as they have completely influenced me, and still do today. The tracks featuring with Paul St Hilaire and Corner Campbell are my favourites ones. I could listen to it all day and every day. One day without listening to some dub is impossible for me.