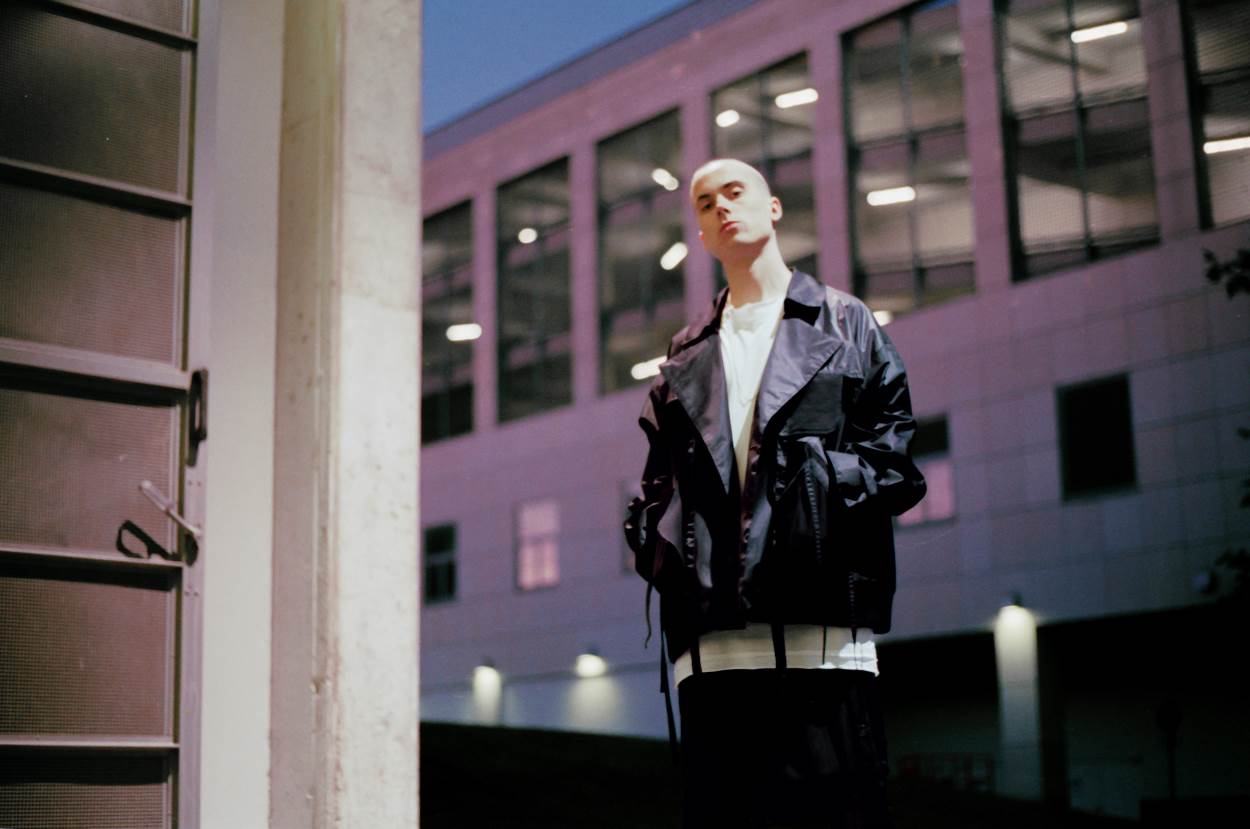 Experimental beatmaker and sampler Fingalick – known as Tomas to his friends and family – has been working with music since the age of 3. He was once a child prodigy, before he even touched a computer and begun testing out different softwares. Fingalick’s music oozes warm soulful vocals and laidback LA-inspired beats. He is also a member of a post-indie-wave-rock band called Without Letters where Tomas is all things hardware and software. Not confining himself to one genre, Fingalick released his debut EP on Hyperboloid last month, ‘Ego’. We caught up with Fingalick to discuss how his relationship with music started, his transatlantic inspirations and the inspiration behind ‘Ego’.

I read that your relationship with music began at the age of 3, how did this happen? How were you interacting with music at this age?

I wasn’t born into a musical family – my parents used to listen to Freddie, Tina Turner and Lithuanian theatre music, but were never musicians. When I was 3 my mom noticed I react to the music very passionately, singing and strumming the balalaika. Around the same time a female theatre director was recruiting a kids pop band, which held public auditions in the form of a stage performance. I did a very short but powerful piece (for a three year old), but when my song was over and the next act – a professional father-son duo – entered the stage, I refused to go away and stayed there playing with them. I think my childish charisma was the key to success, and from then on I was a lead performer on Tele-Bim-Bam, the biggest Lithuanian kids entertainment posse. It wasn’t a normal life – we toured the country and had concerts every other weekend, acted in Television and dubbed commercials for more than ten years. But looking back now I wouldn’t be the same person, without all the experience I got. Later I also enrolled in classical music training and got piano, choir, conducting lessons.

What was the transition like going from having that relationship with music at such a young age and then eventually leading into producing and composing? Would you say it was a natural progression?

I started fiddling with audio-editing tools and game-like music production software pretty late, around the end of school. I don’t know why it took me such a long time to start doing my own songs, maybe the strict rules of classical music that I’ve been learning? Towards 2010, when Beats music was picking up force I was already lukewarm with production software and was trying to get my ideas out. A Lithuanian hip-hop and electronic music forum was the medium where me, and tens of other fellow producers started sharing music – a new scene was quickly born, and just like that I was playing my tracks to people. My dream was coming true and music took over my whole life. But being recognized at a young age, even on a local level, is tricky – kids get cocky or unproductive, and I think that happened to me too in a sense, until I started looking at music creation as an opportunity and not a necessity. I’d say now my view on this craft is more mature and I better understand my part.

Being based in Berlin and inspired by the LA beats scene, do you feel there’s a culture around your sound where you live?

An interesting observation about Lithuanian music scenes is that because the ecosystem is tight, everyone knows everyone and the internet is lighting-fast, musical trends come and die way faster than in the big music hubs like London or Berlin. Most of the dudes who produced Beats moved to techno, experimental, rock – you name it. I think the raw talent that people possess should transcend genres, and that’s what happened. Right now I’d say my own music is on the edge of a couple of genres. The thing I’m most dedicated to is having your own sound, own tools – so that when someone hears a song, they know it’s me.

“Every song was inspired by different forms of ego, but most of them are connected to people. There was a long moment of internalizing and learning about myself, which gave birth to most of the topics on the record. But probably the concept was finalized when I had a conversation with my therapist about my own ego, that made me understand it’s like a living being, and it’s not related to only negative connotations”

As you’re so far away from the scene that inspires you, do you think it’s important for producers to have an online presence to be able to make connections around the world and see what’s trending in different cities?

Connection is definitely a must now, same as it was seven years ago. I started my journey from a music forum, so it’s only natural I crave more physicality and IRL interaction now – some of the best moments in the past year were having someone in the studio. And by building my sound, reaching out to artists that I dig there’s a web of ideas building. I love Berlin for its club music scene, but some of my favorite artists right now are from London, Paris, Tel-Aviv – and I’m thrilled to be connecting with them more and more.

Who are you favourite producers at the moment within that scene?

I think Sega Bodega is a remarkable artist who understands his potential of not only producing music but creating musical content and themes. Lava Dome is one of the hardest club music up-comers right now, who also produces for rappers like Rome Fortune. Smerz is my favorite band right now and I can’t wait for their album. And big shout outs to J.G. Biberkopf and DJ JM – both of them are doing something special right now and I’m glad their ideas are being heard broadly at the moment. 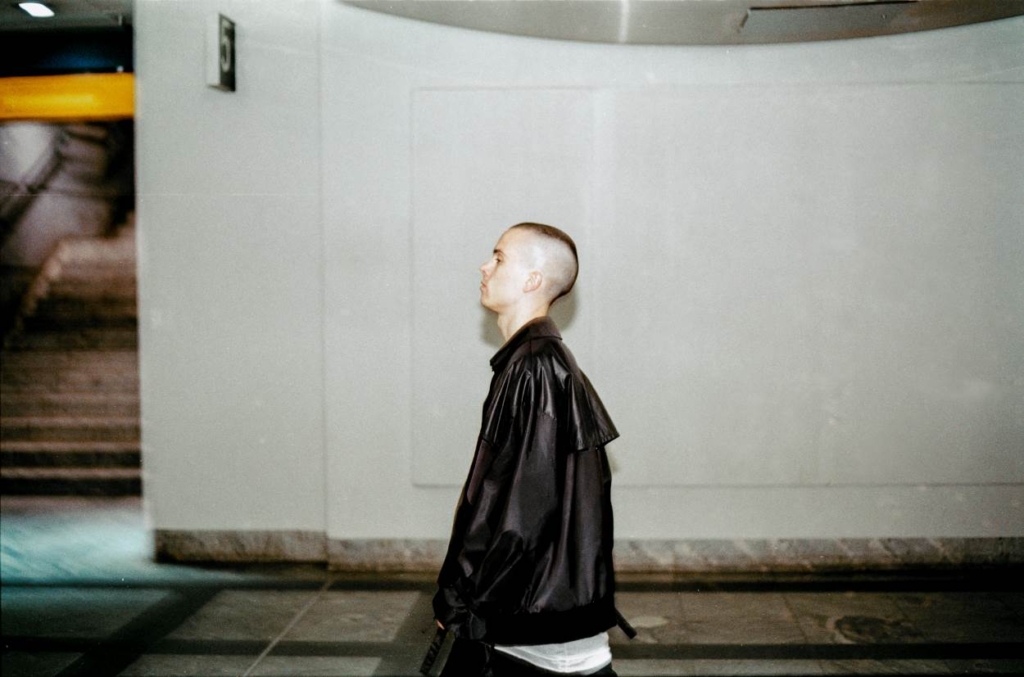 Moving onto your latest EP ‘EGO’, how would you describe its sound?

EGO is pompastic, stimulating and visual. It’s the opposite of subtle. I would even say it’s a pop record. I don’t know how it got to this point, I think a lot of suppressed emotions is to blame. While working on EGO, I listened to a lot of new school rap and R&B, while also trying to keep it electronic – the result is something uncanny, not quite rap but not electronic either. One important factor for me was to try crafting this artist persona, who writes lyrics and sings. I’ve done it before, but EGO is my first full songwriting attempt. Autotune adds up to the concept of hiding behind your ego, and fighting between showing your true, vulnerable self and the fake front.

Was there a particular moment that inspired ‘EGO’?

Every song was inspired by different forms of ego, but most of them are connected to people. There was a long moment of internalizing and learning about myself, which gave birth to most of the topics on the record. But probably the concept was finalized when I had a conversation with my therapist about my own ego, that made me understand it’s like a living being, and it’s not related to only negative connotations – I have to build it, take care of it. We live in a world ran by big egos right now, more than ever. Learning to lower your defences in front of another human being is very important to me, that’s what I try to live by as a person and as an artist.

It’s your first release on Hyperboloid Records, what drew you to the label?

Hyperboloid have been very supportive of Fingalick since the beats era probably, but a real connection happened in Tallinn Music Week a couple of years ago – they’re real genuine guys and one of those labels that builds a constant identity with main and side projects. I don’t know where the music’s gonna take me but I’m glad to be in a friendly contact with a label, and not just give away music and wait for release.

You’ve previously used a lot of sampling in your work, what made you decide to use your own voice for ‘EGO’?

Producing is fun and all, but my whole life I’ve been mostly influenced by vocal music, be it rap or pop. Voice is the ultimate tool of the human, and I feel the void in its absence. I’m not a strong vocalist, but I’m learning how to tailor the production for the voice and vice-versa – it makes the process much longer, but the end result is a fuller experience. For EGO it made sense to do everything alone, and I might continue exploring that in the future.

What are some of your favourite samples that you’ve used before?

EGO transcended just using samples and started referencing other songs which is more interesting to me. It’s like building on other historic eras, layer by layer. I wear them on the sleeve, because of the impact the mainstream culture has had on me. Regarding samples, my favorite way is to use Youtube or cut single sounds from songs – it doesn’t clog the original production but gives it depth.

Are there any other artists you look to that heavily focus on sampling? What is the advantage of using them?

Recently I’ve been leaning towards clunky uses of samples – like Yves Tumor, even though he might actually be using his own samples. It sounds heavy handed and harsh – but very genuine. I think the days of pretty female vocal samples are gone and hopefully not coming back soon. I saw my friend chop up three Youtube videos to make a fresh song in fifteen minutes – that’s how I imagine samples now. Because other audio material you can create on your own, and I tend to use things that me or my friends have recorded more. 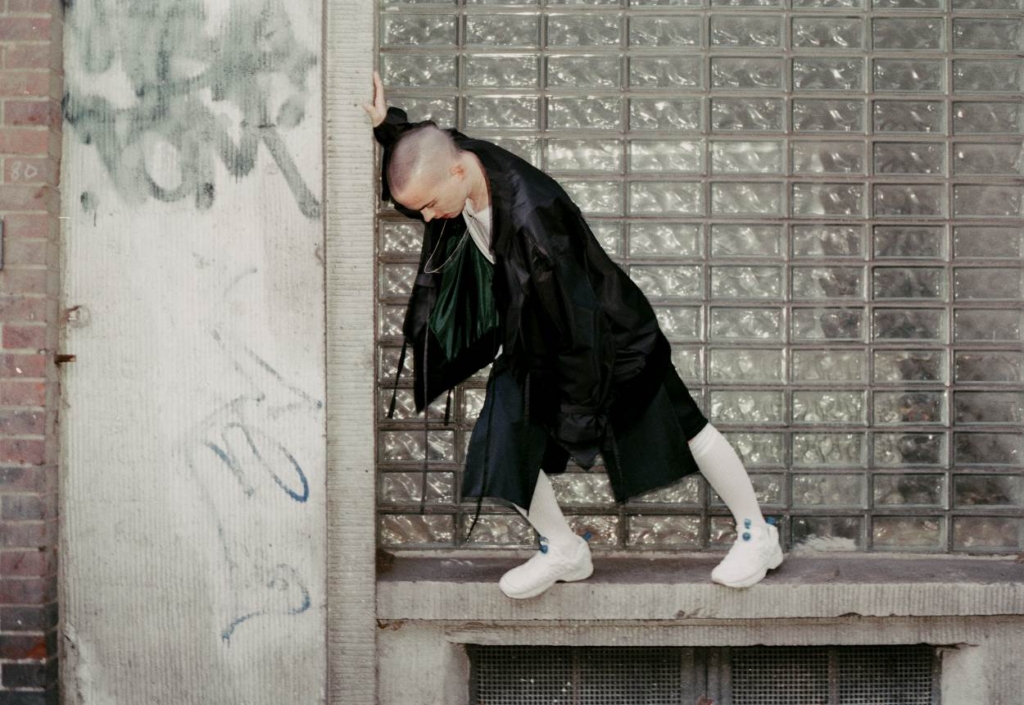 You’ll be embarking on an European tour soon, what do you like the most about touring? What are your favourite cities to play in?

I think what a tour or just more gigs in general can offer is consistency and comfortability in performing. Every night is different but for me analyzing mistakes and preparing for the next one is very important. Travelling is one of the main perks of being an artist, and because EGO is tailored to be performed live, as it gets much more depth that way. Moscow, Berlin, Vilnius are always amazing places to perform. I can’t wait to go to other continents as well this time.

“We live in a world ran by big egos right now, more than ever. Learning to lower your defences in front of another human being is very important to me, that’s what I try to live by as a person and as an artist.”

Noticed there were some references to TV and film within the EP, what have you been watching lately?

I’ve been catching up with some classic movies that I haven’t seen, and watching Mindhunter and Boondocks. The references to Game of Thrones are there – I’m a geek and am very much into video games and mainstream culture, but GOT fell off for me and I skipped the last season.

5 tracks you can’t stop listening to at the moment?

Aside from your tour, do you have any projects lined up for 2018?

I’m working on a couple of different musical personas right now – trying to put more work into refining what Fingalick sounds like, doing videos and interactive material, but also starting to write in my native tongue. I think 2018 I’m gonna release at least a couple of projects, with the closest one being the follow up to EGO with B sides and remixes.