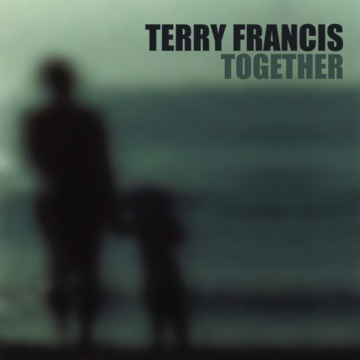 When we heard that Terry Francis, the steadfast overlord of Fabric’s revered Room 2, was dropping his debut album, we the 909 crew lost our shit. Francis, along with fellow Übermensch Craig Richards, has been a resident at the club since its inception in 1999, and consequently has been at the forefront of electronic music ever since. Much of the club’s success is owed to these two, as they have sculpted the arc of its booking policy and have set the standard worldwide for the resident DJ.

As well as this, Tel Francis is the undisputed 909 King of the Doof. No one could rock that Martin Audio rig quite like the Tel, and the 909 crew have spent countless hours bopping along to his selections. Regularly handed appealingly lengthy sets and often tasked with warming up the room for some of the biggest names in techno, Francis is a true veteran with a cultivated taste that avoids the homogeneity of club-focused music.

However, Francis has been suspiciously quiet with regards to his musical production in the last decade, and aside from the second installation in Fabric’s mix series, has yet to release any of his own material in an LP format.

Thankfully, those days are over.

Together is a culmination of excess music from two different EPs; Freedom, released in 2003, and Change, from 2005. Four of the seven tracks feature an elusive vocalist known as Ricardo (Afonso), who uses both spoken word and harmony to complement Tel’s bass-heavy malarkey.

From the outset my delicate ears were hounded by that all-too-familiar doof that we so lovingly attach to Tel. The opening number Change flowed naturally and smoothly, filled with elegant chords and some pleasingly raw percussion. Ricardo’s haunting vocal input almost gave it an emotive touch, however I fear that the album’s contents was mainly envisaged for club use, leaving the track in a genre-muddled limbo.

As the album progresses it becomes clear that it is a unique and endearing ode to the somewhat polarising genre of tech house. A hugely popular genre, yet one that draws ire amongst true music heads and attracts significant criticism for its lack in diversity, culture and imagination. Whilst there are some truly special tech house tracks, such as this masterpiece; for every Kenny Larkin there are multiple Solardo’s, Patrick Topping’s and [insert whack tech-house DJ of your choice here].

Therefore, in my evidently unbiased opinion the genre attracts a lot of flak. However, Tel’s take on the genre incorporates some distinct elements of the sounds of Detroit and London into his songs which results in a comfortingly unique take on the genre. Brothers & Sisters is an example of this, as it certainly had my toes tapping and made me fantasise about being sandwiched in the DC-10 terrace at mid-afternoon, clutching my €34.00 pint.

Drawing ever so slightly away from the club-focused tracks, Together incorporates a soft, latin guitar which adequately blends together with the formulaic 4×4 beat bonanza. A track more suited for a Portugese Beach club than anywhere else, but greeted with a grin nonetheless.

Yet insofar as that Tel is a kick-ass DJ, there is the somewhat underwhelming feeling that the album falls short of his superhuman capabilities in the EC1 conclave. The notion of hearing some of the longstanding selector’s recycled work that didn’t quite make his aforementioned EPs in an album felt sentimental at best, and failed to supremely impress.

This is not an attempt to retract anything from the man. There is no doubt that he is one of the most respected DJs in the game and has one of the most illustrious tasks of melting our capital’s inhabitants minds on a weekly basis. However, it is critical that this album is not an embodiment of his DJing. Instead, it should be able to claim plausible deniability from this undoubtedly solid, but categorically unremarkable body of music.