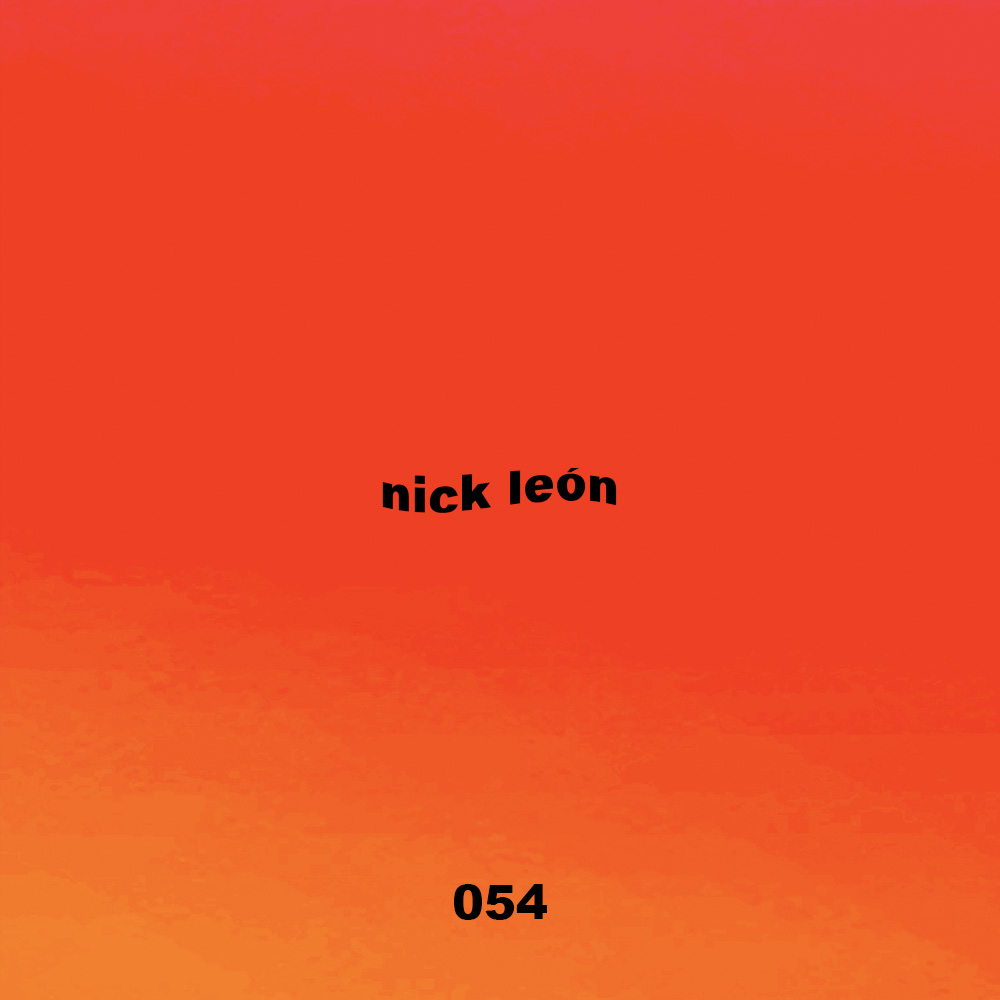 Coming through the buzzing scene in South Florida, Nick León cut his teeth as a producer working with local talent and some of the region’s biggest rap artists including Denzel Curry and Robb Bank$. It was these collaborations that helped bring his name to a global audience and giving him the confidence and platform to explore his own sound. In 2016, Nick released his well-received debut album Profecía and has since gone on to release for Mexican label NAAFI, Space Tapes Miami and most recently Dengue Dengue Dengue’s newly launched imprint kerbada. Nick also collaborated with fellow Miami producers INVT for a brilliant collaborative album PASEO which they started at the beginning of the pandemic.

You’ve contributed a track to the new kebrada compilation ‘Discos en 3/Cuartos’, what is your relationship with Dengue Dengue Dengue?

I’ve admired Dengue Dengue Dengue for a while now. They reached out after my project on NAAFI was announced asking if I would be interested in contributing to the compilation. I loved the concept of Discos en 3/Cuartos and was very happy to say yes.

The track is a collaboration with fellow NAAFI artist Lila Tirado A Violeta, how did this come about?

Lila & I are constantly working on ideas together. For this particular track, I had a rough sketch on my computer and asked if she would like to contribute. After sending back her part, the rest came together very quickly. I always love working together and this is definitely not the last of our collaborations.

What is your approach to collaboration? What does it allow you to do?

I started out as a producer in the more traditional sense, working with other artists in service of the song and that approach has always stuck with me. Sometimes, it can introduce a new perspective that will snap me out of my own mental box and introduce new ideas that may not have come across otherwise. It’s also just nice to bounce ideas back and forth and have a conversation as I can be pretty hard on myself alone when things don’t come out the way I want.

Nature and your surroundings are quite evident throughout your release artwork and social media – do you find yourself becoming more inspired and creative when you’re outside? Are there any particular surroundings that inspire you the most?

I appreciate being outside as it takes me out of my own head, observing other forms of life and sounds can be very grounding and the closest thing to any kind of spirituality for me personally.  Mountains are definitely the most inspiring at the moment. Growing up in South Florida, I was lucky to never have to go too far to see nature, always surrounded by swamp and the beach very close by. However, the landscape is very flat so I appreciate the perspective that being elevated can give you.

The compilation champions Latin American artists, who are some of your favourite at the moment?

What was your approach to the mix?

I have a lot of music collected from the last few Bandcamp Day sales, so this was a great way to play DJ in a world without gigs. I also wanted to showcase some of my favourite music coming out of Miami.

Where and when was it recorded?

This mix was recorded while visiting my brother in Northern California in between family time.

What do you hope to achieve with your DJ mixes?

Sharing how much good music there is! One of my least favourite things about DJ culture can be the pressure to subscribe to a specific style or sound. I think building context and playing with rhythms can be a fun way to introduce people to different kinds of music they may not have been open to or aware of originally.

How have you been spending your time during lockdown? Any random hobbies you’ve picked up along the way?

Towards the beginning it was just working on music nonstop, having so much free time and no obligations made it difficult to want to do anything else. At the moment I’m a little burnt out so the energy has shifted to watching movies and trying out new recipes.

‘Discos en 3/Curatos’ is out now on kebrada – buy here.

INVT & Nick León – FOR THE BIRDS

Equiknoxx – Definitely Not Something Offensive