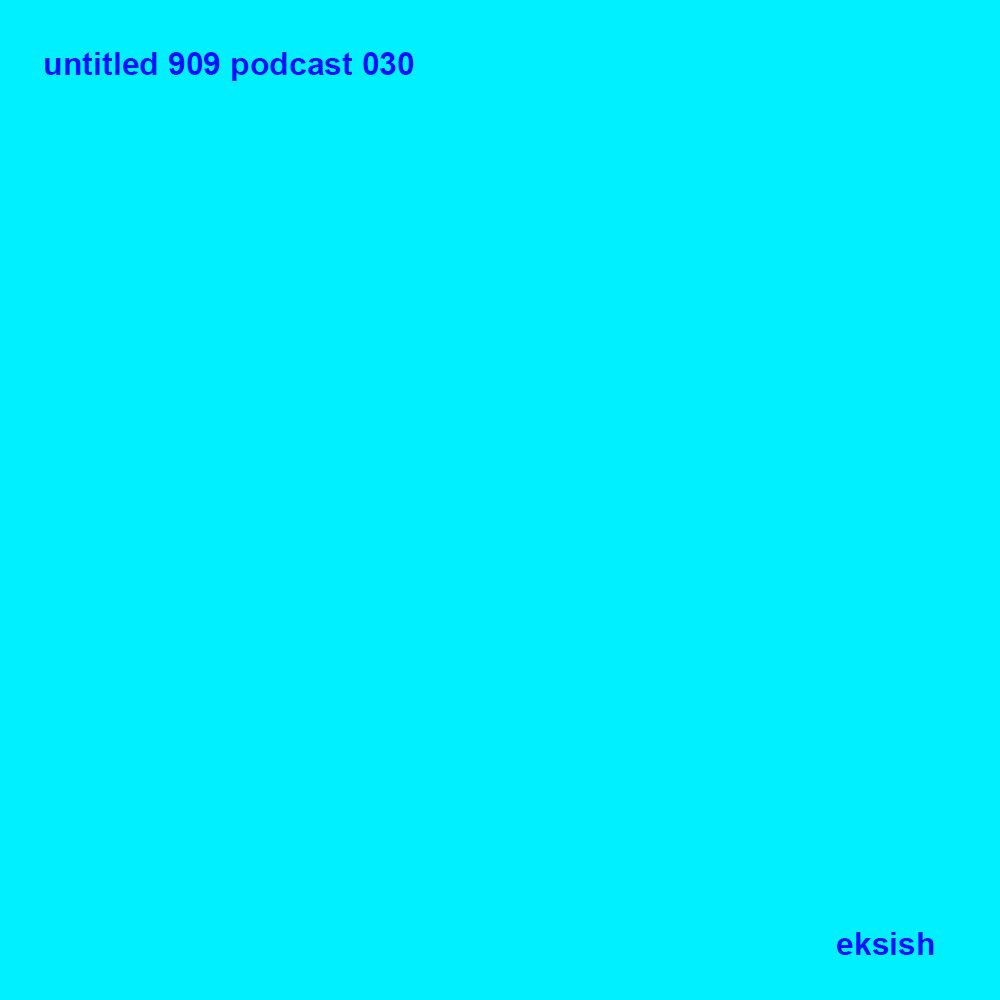 Eksish is a DJ that has been on our radar for quite some time now. Blossoming from the Bristol party scene, she has gathered both local and nationwide support as a purveyor of the trippy, clicky Romanian minimal sound. Through both her residency at 1020 radio and her early-morning, weirdo sunrise sets, she is quickly cementing herself as someone with a lot of promise in the years to come. Whilst this mix is representative of her sound, it offers a specific insight into the quirkier, vocal-heavy oddballs that lurk with the genre’s constraints. We had a chat with Eksish alongside the mix to explore what it takes to bring a party together, her musical memories and some of her favourite bangers of 2019.

I’d like to know where your name comes from, is there any artistic significance behind it?

My name is almost totally random, but it reflects the style of music I play – I’ve had different aliases before, but when I started playing out more often and began to take DJing seriously, I was getting into Romanian minimal, so I wanted it to have a little of a European twang to it.

You’re known for your bubbly, minimal melodies but what other styles of music inspire your sets, electronic or otherwise?

In terms of other genres which inspire my sets – I listen to a lot of experimental/strange music, which can be heard on my monthly 1020 radio show ‘Eksistential Crisis’ – I usually try to dedicate at least the first half of the show to strange frequency music that I don’t usually get to play during peak time at the club. I am also a big fan of hip hop, which not a lot of people know! I wouldn’t necessarily say that this is where I get the inspiration for my sets from, but a lot of samples in minimal come from old school rap and hip hop and it is something I like to listen when I’m not listening to house and techno. Electro and dub techno are also some of my favourite genres.

The last two years have really seen you take off, boasting gigs in Berlin, the UK and beyond. Where in the world do you feel would approve of your playing style?

Bucharest, Tbilisi, or somewhere with a decent afterhours scene with lovely scenery – morning time is my prime time!

How have you been received in different clubs around Europe? Who has felt the most welcoming?

I remember Stockholm being very special, it was in a really chilled club called Laika, with huge windows overlooking the city lights – it was a great atmosphere and it felt more like a house party with friends, the place had a great vibe and I was left to do my thing. I also remember Berlin being very special – understandably I felt very nervous as it was the first time I had played in Berlin and it’s been my dream since I first started DJing, it was kind of a big deal.

Because the Berlin crowd is less vocal than the British, I didn’t really know whether the set was going well until I finished and a couple of people from the crowd told me they’d really enjoyed it and I’ve been lucky enough to be invited back. I would really like to play there more often.

Which three tunes from 2019 have been a staple in your recent DJ sets and how have they impacted the dancefloor?

I’m quite obsessed with up and coming producer called ‘Orli’ right now, the first track is the after party kind, the second is more of a statement track when I play club nights.  One of them might or might not be in the mix 😉 I usually try to find fresh tracks for each gig, this way it feels as new to me as it does for the crowd. The third track is my favourite peak time track at the moment, I feel like it’s a perfect mixture of a trippy, groovy banger.

With sound and licensing restrictions becoming ever more apparent in London and across the UK, how do you think we as a community can productively combat this?

In order to productively combat this, we must understand gentrification and how it affects dance music, or live music in general. I have recently seen a picture of a banner in Hamburg reading ‘Dear (future) neighbours, please keep in mind: this area has been dedicated to culture, arts and music for many years. The sounds belongs here and is appreciated by thousands of people. Please take this into account before buying or renting spaces around. Thank You!’ which I thought was a brilliant idea. I feel like people have a certain responsibility to do their research before they move into a new place or area, and if they don’t like it, they should look elsewhere, instead of moving into a cultural place to then make it a problem for everyone else who is just trying to be creative. I’ve read somewhere recently that gentrification and the complex legal requirements of venues today may be a reason why the music industry invest more and more of their creativity into festivals rather than in running a venue, which makes a lot of sense.

Has being based in Bristol had a bearing on your musical progression and does the city’s artistic nature push you creatively?

Bristol definitely pushes me creatively, it is amazing to be surrounded by so many talented people all the time – I do however get most of my creativity from traveling and visiting different places. I find Bristol really inspiring and I feel lucky to have lived here for 5 years now, but I have also realised that routine is what kills my creativity at times – hence why I try to travel as much as I can, whether it’s a different country or a different city or somewhere I can recharge and get a different perspective.