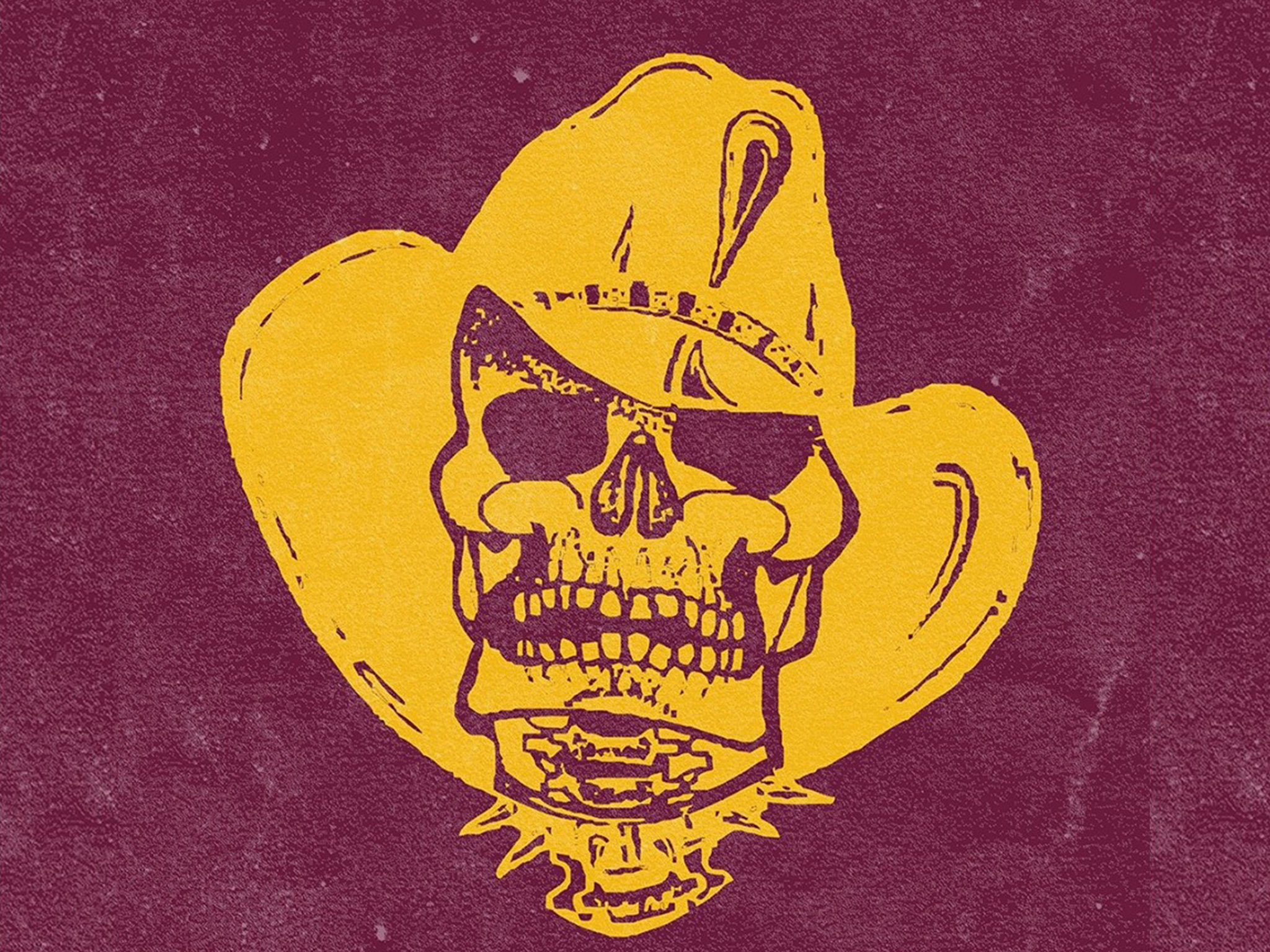 Don’t Miss lists our picks for the peachiest of UK parties. This month we have an International Women’s Day special at Manchester’s White Hotel, Midlands 5 week residency at Phonox, a new club launch in Glasgow and a Brexit rave in Belfast. Check out the Don’t Miss selections below:

Twitch is a guaranteed safe bet for anyone wanting to let their hair down in the Northern Irish capital, founders Chris, Phil and Paddy have been bringing the biggest names in House and Techno to the city since 2006. For their first party of 2019 they host Studio Barnhus’s Kornel Kovacs along with local talents Kessler, Daire and Noah.

Fridays in Belfast wouldn’t be complete without OCD, who are celebrating their 2nd birthday in style by inviting Belfast legend Space Dimension Controller. He will take the decks alongside up and comer Lewis Matheson and resident Callum Lawlor.

Celebrate the country’s downfall at a rave! DSNT Records are bringing the hedonism and “craic” to Brexit day with a limited ticket party at Menagerie Bar. They’ve already promised a Theresa May Pinata, anti-Brexit artwork and sets from Nez, Myler, IMNOTYOURMATE and more.

The cavernous Brickworks will see Deep Sea Frequency founder Or:la take the decks for a special ‘out of sight, underground’ party. Joining her is up and coming Dixon Avenue Basement Jams producer Big Miz – expect bouncy house and lo-fi vibes.

A seriously heavy line-up from out of this world promoters space•lab. After already causing a stir with their virtual reality event page, the Octopus Invasion promises  transcendent psychedelia, acid and breakbeat. Hessle Audio maestro Joy Orbison is on the roster, alongside Saiorse and brummy local re:ni.

Origins Sound aka Armando Mehrkar brings a serious assortment of techno up-and-comers to Origins incorporeal home. Irish selector Or:la is joined by Ilian Tapes Skee Mask who will no doubt deploy his signature breakbeat and jungle, and expect a techno deep dive from Peach.

In true Bristol fashion one of the best parties in the city this month is a mid-week knees-up. New promoter Better Days, founded by Manami, throw their inaugural party at The Love Inn with a little help from Sassy J and Futureboogie Records Christophe.

For just five English pounds you can head to Cosies and hear rhythms from the guys behind Make Me, ahead of their 11th Birthday at London’s Corsica Studios. Resident Kit Seymor headlines with label-mates Rupes & Rubin going back to back. [Tickets available OTD]

Glasgow’s legendary Thunder Disco Club turns 10 this month, and you can expect nothing less from Rory and James than high energy and strong grooves. The Sub Club residents are joined by Mancunian Willow and her trademark leftfield techno.

The newest addition to the city’s plethora of club spaces opens this month with a mammoth launch featuring Glasgow’s favorite detroiter Moodymann. The venue has been devised by the team behind La Cheetah who have promised to bring a new focus to large-scale productions, Room 2 allegedly boasts a fully modular stage, state of the art lighting and LEDs.  Joining Moodymann is Wardy and Dom D’sylva providing a Glasgow night that is truly not one to miss.

Lisbon’s favourite daughter Violet takes to the decks at The Berkley Suite to help Loose Joints celebrate 3 years of Saturday night mayhem. The Rádio Quântica patron will certainly guide the crowd with percussive drum and classic Chicago House, she’s joined by Loose Joints resident Chester, who according to their publicity is “well up for it”.

This could be one worth making the pilgrimage to the city of steel. Former WW1 ammunition factory Hope Works boasts a huge lineup for this mid-march party including Mixmag’s DJ of the year Objekt, Skee Mask, prima party selector Josey Rebelle as well as Berlin’s very own rRoxymore and local boy Rian Treanor. The party is part of No Bounds Festival, expect the very best of breakbeat with this lineup, as well as a diverse selection of house, techno and garage.

Yorkshire institution Natural selection brings a very special head to head to Headrow House. The promoter, who has seen the likes of HAii, Hammer and Kornel Kovacs entertaining the Leeds throngs, now play host to legendary producer Paul Woolford back to his hometown, both playing as himself and his alias Special Request – expect a mixture of more mainstream Balearic funk and underground house.

Lobster Theremin boss Asquith will no doubt provide an education in dance to the scouse throngs. Jimmy’s eclectic mix of groove, German hard beats and baseline is yet another addition to Dickson Street’s Meraki as it amps up its party offerings in 2019.

An unmissable offering as Nicolas Lutz hits Merseyside – the Uruguayan My Own Jupiter founder has a reputation for uncovering little-known smashes and his extended 4 hour set at 24 Kitchen is unlikely to be any different. The party celebrates the fifth birthday of Liverpool-based label MODU:LAR in collaboration with the venues own resident party The Wonder Pot.

In a bumper weekend for 24 Kitchen Street they host one of the North’s finest techno parties Augmented, with a unique offering in the form of newcomer GiGi FM and Objekt – expect melodic synths and dirty beats.

After the success of last year, Midland kicks off his second 5 week residency at Phonox with an all-night-long set sure to send pulses racing. As the residency progresses you can catch guests such as RUF DUG, Elias Mazian and Sofay. Midland shared his excitement on the Resident Advisor event declaring: “This time it feels like coming home, but there is still that unknown which makes it so exciting. Also its down the road from my Gaff”.

InnerU is quickly becoming one of the hottest tickets in town, this month’s party features former NTS resident Beatrice Dillon and her encyclopedic knowledge of dance. She’s joined by the newcomer TTB.

This month Boiler Room are throwing a series of warehouse raves across the world in a bid to, in their words, “return to the grit and glory of our very first shows.” The only edition to take place in the UK is in the capital in a yet to be announced location. The mystery surrounding the party could be the biggest draw, among the artists already announced are DJ Bus Replacement Service, HDMIRROR,VTSS and Cõvco.

Sheffield party establishment Pretty Pretty Good return to Peckham in partnership with Don’t Be Afraid Records. The Line-up features Hyberdub and Don’t Be Afraid’s Ikonika, techno and bass from Yak and resident Semtek.

Following the success of their last two parties Unbound are back at The Cause again this month joining with Barcelona label Diffuse Reality. They promise a block party full of bass with selections from likes of Solid Blake, Cosmin and a back to back set from Pinch and Beneath.

To sample some of the cities finest up-and-coming talent look no further than Onedance, Rinse FM’s Oneman hosts a one-off night at The Jazz Cafe bringing with him Night Slugs head Bok Bok and up-and-coming viral sensation Sherelle. Expect dub, hip-hop, footwork and everything in between.

Another huge International Womens’ day celebration for a good cause. Dance for Refuge support the ongoing refugee crisis, having raised £25,000 since their conception in 2015. Though the party name and the meritorious cause would have you believe this is a twee get together, expect nothing less than heaviest bass from electro giants Solid Blake, Imogen and Kiara Scuro.

If you’re after fire and lots of it this month then Club Pelicon is the place to be. The Manchester mainstay is back with another edition hosting last months Lowdown focus SPFDJ, Chrisoph de Babalon and Kenny White. Head to Salford for  industrial sounds with jungle/gabber influence.

Manchester’s most famous party for homos, heteros, lesbos and don’t knows is a highlight of this months calendar – heading back to Hidden the linchpin for the late-night disenfranchised hosts versatile DJ and producer Lauren Flax and her brand of chicago-inspired hedonism.