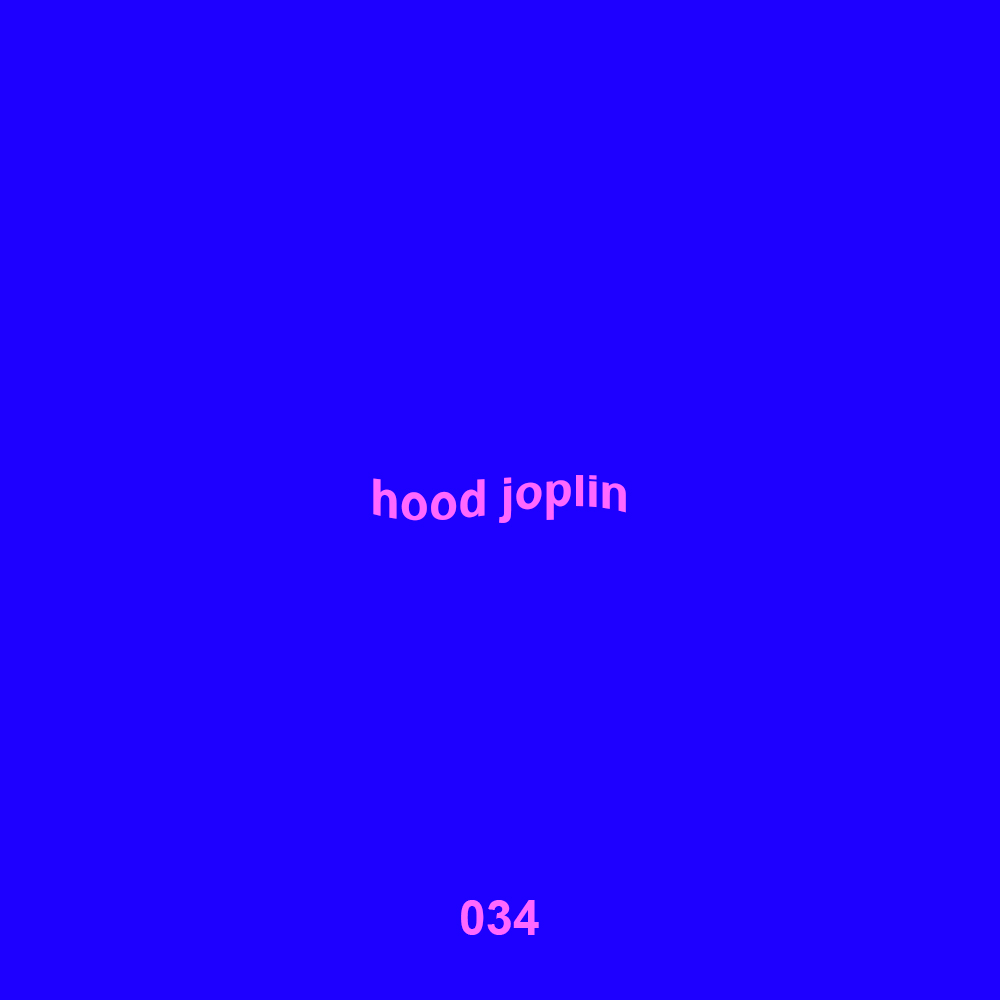 With a keen interest in all things hip-hop, Edmonton’s Hood Joplin wanted to find a way to contribute to the culture which is how she found her way into DJing and uploading her mixes online. First discovered by Philadelphia collective Gwappy Boyz who picked up her edits and DJ sets, she released her debut EP in 2016 via Drama Hands – the label who also booked Hood Joplin for her first live set at Rude Haus.

Since then, Hood Joplin has been waving the flag for high-energy sounds, spanning across footwork, drum & bass and juke alongside the Kudatah crew. Playing shows with the likes of DJ Taye, Flying Lotus, Robert Hood and Chippy Nonstop, Hood Joplin is an RBMA Bass Camp alumni and has also contributed tracks to Repost Network.

Recently releasing the ‘Bank Account’ album in collaboration with Text Chunk on the London-via-Paris label Moveltraxx, Hood Joplin provides a fierce 40-minute mix which showcases her far-reaching influences and we get to know the killer producer a little bit with a quickfire Q&A.

What was your first introduction to footwork? Any notable tracks that got you into the genre?

I was a huge hip hop head and as soon as I heard Rashad’s tracks (rip) I was addicted. It had the elements of rap I love combined w the energy of the work that is infectious. I was first introduced to the genre thru my sis Farah ♡

How do you think growing up in Edmonton shaped you as an artist?

There’s an element of isolation being this north and it put me in my own head a lot. I was always online and listening/engaging with music. The internet was a lot better before, I feel like there was a more real connection with people. My life was all digital back then but in a much different (nerdier) way then the e-girls of today lol. The extremes of being here breed a lot of work ethic and great art – the community here is amazing, it’s all love and encouragement.

(+fast music keeps you warm in the winter!)

You’ve just released a collaborative album with Text Chunk called Bank Account on Moveltraxx – what’s the story behind this? How did you both come together to create this record?

Text Chunk is a good homie of mine, we met a few years back in Edmonton and started collabing shortly after that, mostly on beats. We linked up pretty much every week since 2017 and pieced together the album after we realized how many tracks we had done. It was organic and ended up being a pretty cohesive project. He’s an amazing producer and friend, he pushes everyone around him to be better. Once we got the tracks together we hit up Moveltraxx, and they wanted to put it out.  I feel like each song is a different vibe and genre- something in there for every dj~ lol.

I recorded it in my little home studio; it was Family Day (which is a random holiday in February) I just left my parents house with my bf where we played labyrinth and ate biryani lol fueled + ready 2 spin!

This mix has menstrual energy lmao. Off the bat, it’s high energy and ends up into some mellower tunes, kind of reflected back on the past few days. I wanted to show some of my homies tunes and some tracks I dig~

I’d like a B2B2B with Bjork and Kenny Beats I think the energy would be right and the selection would be rare af.

Went on a trip with my bff this summer to Europe and the first party we stepped into right after we landed was an authentic London rave; caught LUCY x Chimpo’s B2B and it sent me to another universe