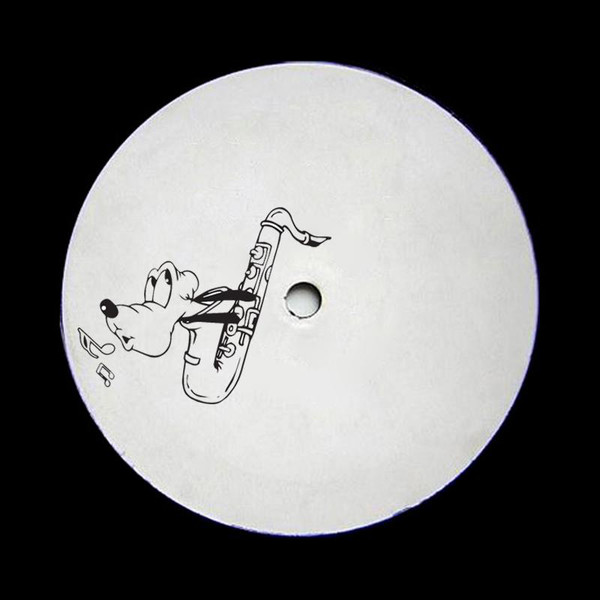 Might as well start with something brand spanking new, and this EP has really caught my attention this month. It’s quite funny that this EP was released on Valentine’s Day of all days, as I’m having a lot of fun picturing the situation of this being a Valentine’s Day gift… ‘But honey, you always said you LOVED Christoph De Babalon.’ Christoph is one of the greatest producers of anxiety inducing, dystopian breakcore out there. His music is harsh, industrial and erratic, and very much on the superlative side of all of these descriptions, which means that I have to be in a very specific mood to enjoy it (I can provide character references to prove I’m not always harsh and erratic..). I’m not sure if death-jungle is a thing, but if i had to characterise it that’s what it feels like. Maybe I am the first to discover this term, so if you ever see death-jungle™ used from this point, just know where it came from. Anyway, the point of that aimless ramble was to say that SUDS is in fact an alias of Christoph De Babalon and Wilted Woman, and although I don’t know much about the latter, all I know is that they sure work well together. It is amazing to think that an EP with such a cohesive vision and individualistic feel could be made by two people. This song is my favourite, and it is perhaps the most restrained and inflective of the four tracks. It manages to feel intimidating and claustrophobic, while maintaining a sense of, dare I say it, melody? It’s not really a club track, and not really one for a home listening session – unless you like them super weird and dark – so I’m not sure where this song fits in per se. But as I like to remind myself as soon as I say something like this, there shouldn’t actually be a need to place songs into different boxes like I just did. So yes I will eat my own words, and a good song is a good song. I definitely think this is one of them. I hope you agree.

This song is such a vibe. 2001 was a golden era of tech house, and this surely is up there with the very best. I absolutely love the wedginess and the pure weight of that bassline. It feels mechanical and analogue somehow, but also kinda like a rabid dog growling at you. In a scene so saturated with cutting edge music and razor sharp production, this unique sound feels so fresh to my ears. The whole song is so damn groovy, I can’t resist a cheeky toe tap or a head nod everytime I listen to it. The twinkly chords that burst into life a few minutes in breathe fresh energy into the song, and the snatched sample of the vocal from Gonna Make You Sweat is just so great. I rate this song so much that I’m constantly thinking about how I can adapt my playing style to incorporate more stuff like this into a set. I don’t usually think of playing what I call ‘party music’ in my sets, unless I’m throwing a curveball which is usually something well-known and poppy and silly (think Madonna – Die Another Day or Lipps Inc – Funkytown) but this is a different sort of party tune. It’s literally just an utter dancefloor destroyer, and I cannot wait to play this on a big system and to let this dog growllll!

As the notorious Luddite that I am, UKG is a genre that is still pretty new to me. If I am a deep sea dweller with electro (and yes that’s a Drexciya reference), then I’ve only just dipped my toe into the garage pool. Stuff like this makes me think that I’m really missing out. There’s so many DJs I respect that swear by UKG and feature it prominently in their sets, it’s amazing that I’ve never even thought of following in their footsteps. Sometimes I think it’s the ridiculously inflated prices of most records on Discogs that turns me off (thanks Nicolas Lutz) but it’s also definitely ignorance. Whatever the case though, at least I know of my own sins and am atoning by getting gassed about such wonderful delights such as this tune. I really like its airy, jazzy feel, and it works so well with the UKG beat. The bassline also does a lot of work without getting much credit unless you have decent headphones on, but man that bassline literally controls the whole song – in the same way a classy, deep lying midfielder dictates the tempo of a football game. This bassline is basically the Andrea Pirlo of basslines. And yes, you can print that. My only gripe? I ordered this record like nearly three weeks ago and it still hasn’t arrived.. Sooooo Dr Banana, any danger?

The first thing to clarify about this track is that, YES, it’s the same Vengaboys as those Vengaboys. You know, the guys and gals who did those songs you love to hate but actually love such as this absolute slammer. That’s precisely the thing that makes this song even better than it already is. When you view this song objectively, you notice its incredibly groovy and driving bassline, those blissful synths, the progressive piano melody and that whispery vocal. You think to yourself that this is one mighty fine slice of 90’s dreamy breaks. By itself then, this song can easily be one of the better songs you would find in any given month. But, when you know that it’s by the Vengaboys (the novelty literally never wears off!!) it makes this song that extra bit special. It’s like a hidden gem hiding in plain sight. Because let’s be honest, you’re never really gonna be searching through the Discogs page of Vengaboys unless you are doing it ironically, so unless you know that they produced bangers then you’ll never find this unless you stumble across it. This is very much what happened to me, and it makes my heart a bit heavy to write this, but I found this through the late, great Alex T. I can’t say that I knew Alex personally, but I had chatted to him online on various music groups quite a lot over the last few years, and had exchanged some good chat and some even better music with him. I did feel like I knew him and I definitely knew that he had a pristine eye for a good tune. It’s a testament to his character and talent that it was him who found such a great tune in such an unlikely place, and I think that this is the best way that I can honour his memory. I never met him, but he still managed to introduce me to sick music, which is something that I hope will make those who knew him smile. This one is for you Alex, as you rest in your own paradise.

Ahhhh, this song makes me feel all gloopy on the inside when I listen to it! Might as well call me Augustus. I hadn’t played this in a couple of days before I started writing this, but as soon as I press play it takes me back to the exact same wonderment that I felt when I first heard it. I’ve really been rinsing the 90’s trance this month. And when I say rinsing it, I mean slamming it to the point where Pete Doherty would be giving me the judgey eyes and saying ‘give it a rest mate’. But after listening to this, can you really blame me?? This is literally like the pinnacle of what electronic music can muster. It’s deep, driving, meditative, mysterious, uplifting and utterly, utterly beautiful. I can see why people wouldn’t really like it, in that it’s very classy and quite polished and lacking edge. But I don’t care about any of that. This is a crown jewel, where they’re looking for a rock. Sometimes you don’t need to bludgeon people with dance music, but rather dazzle them. This was the conflict I was facing when I played Pickle Factory earlier this month within Unbound Soundsystem, the techno boyband that consists of myself, DJ Paramedic, Aidan Ray and DJ Winggold. My sound is distinctively the lightest of the bunch, and I was a bit worried whether my inevitable 90s trance records were going to fit with Aidan’s glitchy footwork, DJ Winggold’s dark percussion and DJ Paramedic’s jagged breaks. Don’t get me wrong I can play all that stuff, but it just isn’t really me, and when we had two hours between the four of us I thought it felt necessary to remain authentic for us all to make a mark. And you know what, when we got down to it I felt like our selections really complemented each other well. It turns out that stuff like this song and Dave Angel’s Original Man really work well as a refreshing change from the pandemonium that we were otherwise playing. It was perfect 5am music; the time when minds are ready to be expanded and emotions are primed to be evoked. A recording of this set will be available in due course, but until then, you have this to listen to. And if you’re like me, once you discover this you won’t need to listen to much else for the rest of the month.