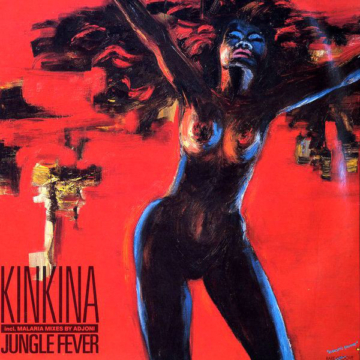 First up is a wonderful slice of Garage-house, which is not usually my thing, but this really caught my attention. I think that Central- who is one of the rising stars of the Dekmantel label- is a producer on this, which I found surprising, as it’s quite a departure from his other stuff. The garage-esque bassline on the beat is throbbing and heavy, and acts as the driving force behind the song. It renders it effective for club use, but also allows the dreamy and enlightening chords-synth-vocal combo to really rise into prominence. Great use of a flute as well, don’t see much flute action in house music these days… A really silky effort from a producer that continues to impress me, big tip to check out his other shit, particularly this, which may even be better than this one.

This is one of those songs that makes you wonder how you were even able to enjoy your life without this song being a part of it. It’s deepened my already transcendent love for electro even further, as I now know there’s songs like this that mix an electro beat with those emotive and progressive synths. They definitely are overly cartoonish and chirpy, which would put some people off, but I just absolutely love them, and are still sounding super-fresh 18 years after their release. Electro is coming back in a big way (see the titanic rise in popularity for electro DJ’s such as Helena Hauff and DJ Stingray exemplifying this) , and subjectively I think that stuff like this should be leading the way to draw those in the peripheries of the scene more into electro. Hats off to Salon Des Amateurs resident Vladmir Ivkovic for leading me to this tune, will be catching him at Dekmantel Selectors Festival this year for sho now purely cause of this song.

Does what it says on the tin really, a super-smooth offering by Basic Bastard aka. Orlando Voorn, who’s one of the best producers to ever come out of Amsterdam. This has a definitively jazzy feel to it, mainly due to the rich bassline and airy chords. There is an urgency to the song that ushers it along, which feels very natural and welcoming. It’s quite hard to describe, but I think that it becomes clear when you listen to it. Probably one of his lesser known offerings, but I think it’s an intriguing and rather pleasant song.

First heard this played in the Greenhouse Stage at Dekmantel by Max Abysmal, just after we had got there on the first day. I’ll be honest, it brought back some pretty wonderful memories of GTA: San Andreas, but that’s not just why it’s here. A big, punchy kick-drum on that infamous guitar hook transforms the song into a super-groovy warm-up tune that will get everyone loosey-goosey. Great use of some sex noises as well, but wouldn’t advise playing too loudly as it might upset the neighbours.

Can’t believe my luck that I remembered about this tune while I was writing this. When I was writing about the aformentioned I Know (Club Mix) song above I was about to say it was the only decent house song I knew with a flute sample and then I thought haaaaaaang on a fucking second. Discovered this all the way back in 2nd year at uni and used to absolutely rinse it. Heavily samples the Earth Wind & Fire song of the same name, especially that wicked ‘WAY-OHHHHH’ vocal which is just great. The musical composition of this song is fantastic, as the twangy yank of the guitar, the keys, the bassline and, yes, even the flute are all so sick, The production is also so tight; not an inch is out of place to prevent the flow of the song going. One of the better openings you’ll get for a house song as well, and would be a great tool to use to get a party started straight away. I genuinely think that you need to actually be allergic to fun to not enjoy this song. This is about as summery as you’ll get and is tailor-made to be played in the sunshine, preferably on a boat, surrounded by beautiful and fun people, with loads of booze.