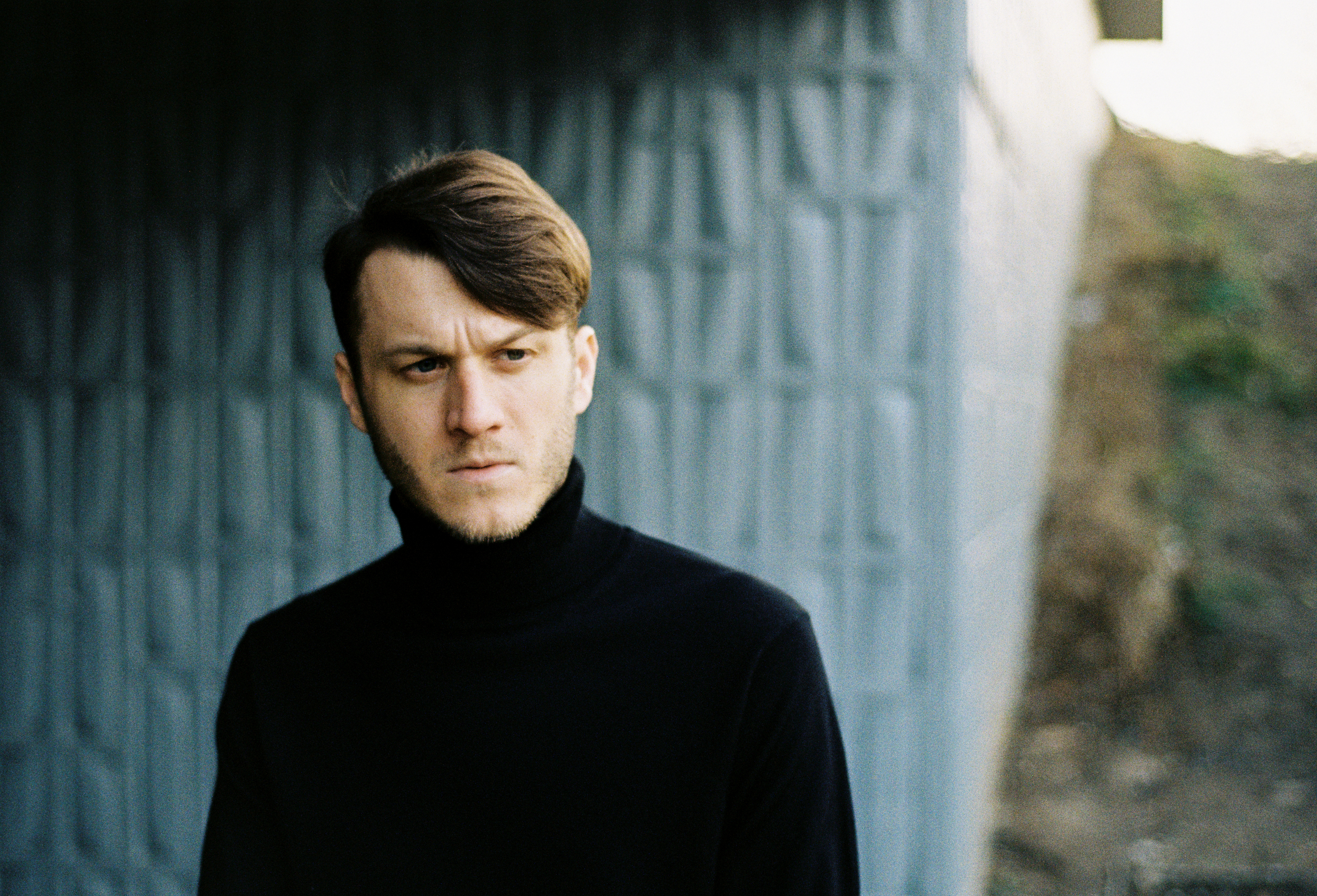 Christopher Joseph’s early musical experiences revolve around the rich history of New Orleans, where he grew up but his first stepping stones into exploring music as a hobby or career were formed around metal bands. Playing the drums in these bands gave him the rhythmic experience he needed to transition into electronic music where he now produces rave-infused techno heavy hitters. Not being able to find a suitable home for his music, Christopher took matters into his own hands launching his label Flexxseal in 2013. Over these last six years, the dynamic artist has released six EPs and garnered support from the likes of Call Super, Physical Therapy, Blasha & Allatt and Alienata as well as contributing a track to DJ Stingray’s Kern Mix on Tresor.

Now back on Flexxseal with his first EP in two years, ‘Proxy Detected’, we catch up with the Berlin-based producer to discuss New Orleans life, the move to Berlin and the motivation behind his label.

Starting from the beginning, what was your first introduction to music and what drew you to pursue it not only as a hobby but as a career as well?

My grandmother bought me a drum set from a yard sale when I was 8. I started taking lessons around that time. Since then music has played a significant role in my life. I played in bands with my friends growing up, and was part of the jazz band in high school. I got into production when a friend gave me a copy of Acid Pro in middle school. I can’t say that I ever approached music as a career on purpose, it was just what I was always doing. When I went to University, it made sense to study music. So far I’ve stuck with it, but it’s not exactly paying my bills at the moment. I have other part-time work, although music is my main focus.

Why is music the perfect creative platform for you to express yourself on? Have you explored any other avenues as well?

I believe I have an artistic temperament, but for whatever reason, I was always drawn to music. I tried painting and photography. Still do that sometimes, but not something I put a lot of time into. Maybe in the future. I always thought I wasn’t “good” at music. So for me, it’s about proving to myself that I can go beyond what I thought was possible.

Moving to New Orleans at a young age, how has the city influenced your music? What do you think you’ve learned from those surroundings?

I haven’t lived there in 7 years, so I don’t think it has as much influence on me now. When I first moved there at 18, it was the first place that gave me the freedom to pursue music without compromise. Which was unlike my hometown in Massachusetts. That also could be because it was the first time I was living on my own and could enter a club legally. I don’t think New Orleans influenced my sound in any way, but maybe the way I approach making music. It’s not known for electronic music specifically. New Orleans is gritty and real in a way that can’t be described. You have to see it for yourself. Not a lot of cities in the world are like that, and none are like New Orleans. Whatever I picked up there will always be a part of my history. It’s where the first ideas for Flexxseal and my productions as Christopher Joseph started.

What was your favourite part of New Orleans?

All the friends I made, I miss them so much. Also, the food is pretty good. I still fill my bags with hot sauce every time I’m in the States. Can’t get the good stuff in Germany.

Now living in Berlin, was the move motivated by being closer to the industry/scene you are part of?

Yes, I was hoping to be in a place where I was around more people with a similar mindset about music. I wanted to learn more about producing and to be somewhere where I could DJ the music I wanted to play. I was obsessed with electronic music, and at some point, I outgrew what I thought was possible in New Orleans. There aren’t many clubs there. A few promoters do it for the love, but it’s not heavily attended. The nightlife is mainly focused around live music and drink specials. Berlin just seemed like the best place for me at the time.

Having started playing drums in metal bands, how do you think that experience has helped you with your techno productions? Has that band experience helped with your approach to electronic music?

The most important thing about dance music, specifically techno, is the rhythm. I guess that’s why a lot of drummers have ended up as producers. I would say that playing drums defiantly helped me with the music I make. When I talk to others who make techno, they seem to have similar backgrounds.

What clicked with you and drums? Why did you decide to learn that as an instrument?

I can’t remember why I was attracted to drums exactly. You could say It was instinct. I suppose hitting the drums was some form of release as a teenager growing up. All of the music I was listening to as a kid featured heavy and fast drumming. I wanted to emulate that, and then come up with my own style.

How did you find the transition from a more conservative instrument to analog equipment and computers for production?

As I mentioned before, I never thought I was technically “good” at percussion or any other instrument I played. I never put enough time into learning sheet music or music theory. This sort of prevented me from taking those instruments to the next step and playing professionally. While I was still playing in bands, I was starting to learn production. I was intrigued by the possibilities of synthesizers, and how challenging it was to learn how everything worked. So once I got bored with drumming, I felt production was the next step for me. I’m always looking to get better and unlocked potential. Learning different instruments allowed me to have a broader scope as a producer.

You launched Flexxseal in 2013, what inspired you to start a label then? Have you always wanted to curate your own platform?

No one would release my music, so I started my own label. It’s still kind of like that. Although the label is not about me. I do curate it, but it’s part of a bigger picture. Once more time passes, and there are more and more different releases on Flexxseal, it will all start to make sense.

What’s the story behind your latest EP ‘Proxy Detected’?

I made the tracks in 2017.  Happy for them to finally be out. There is contact with some sort of force that allows me to act as a conduit. These tracks are the result of this communication. I can’t describe it well at this time. There is a lot of meaning behind these Flexxseal releases that have yet to be discovered.

The EP is the first from you on Flexxseal in two years, why the brief hiatus?

I didn’t take a hiatus from making music, in fact, the last two years have been the most productive ever. I thought I wanted to release an EP on another label but then decided to stick with Flexxseal. Really wish it worked out. I like that I can put music out when I want, and I have full control over the production, etc. Although releasing on my own label has defiantly limited my reach. I would still like to do a full release on another label. I have a lot of music that I’ve made recently. Maybe even an albums worth…

How do you usually go about choosing names for your tracks? It’s something I think about often as a non-producer haha.

I’m telling a story, but I’m not exactly sure what it is about or how it ends. It may sound cheesy but they just come to me. I have to work to put the meaning together. I have an idea for what the track is about,  then I pick a few words to describe that. After that, I try and work on different combinations. It’s like solving a puzzle. Eventually, the right words fit together and it just makes sense. A light goes off in my head. For example when I was trying to think of a name for my track “The Key”, I was driving on the highway in New Jersey. I knew the track was about the moment when you unlock unrealized mental potential you never knew was there. This track was meant to be the soundtrack of that exact moment when you’ve unlocked something. I was going through different words in my head and thought “key”, then not even a second later, a giant key sign emerged on the side of the road as I drove by a self-storage business. “The Key” is not the most intricate name, but it somehow holds so much meaning to me after this encounter. Similar occurrences have happened, for example with “Mind at Sea” and many others. For another time I guess.

How did you end up with a track on DJ Stingray’s Kern Mix on Tresor in 2017? What’s the relation there?

He played a set at Record Loft when I was working there in 2015. I gave him a copy of “Mind at Sea”. He ended up playing the record a lot. I kept sending him more music after that. The track ended up in his Tresor mix, and I was invited to close the main room for the release party. Defiantly a highlight for me.

If you weren’t a producer/DJ, what do you think you’d be doing right now?

I’d be rich living on a spaceship, or dead. Probably dead.

‘Proxy Detected’ by Christopher Joseph is out now on Flexxseal – buy here.