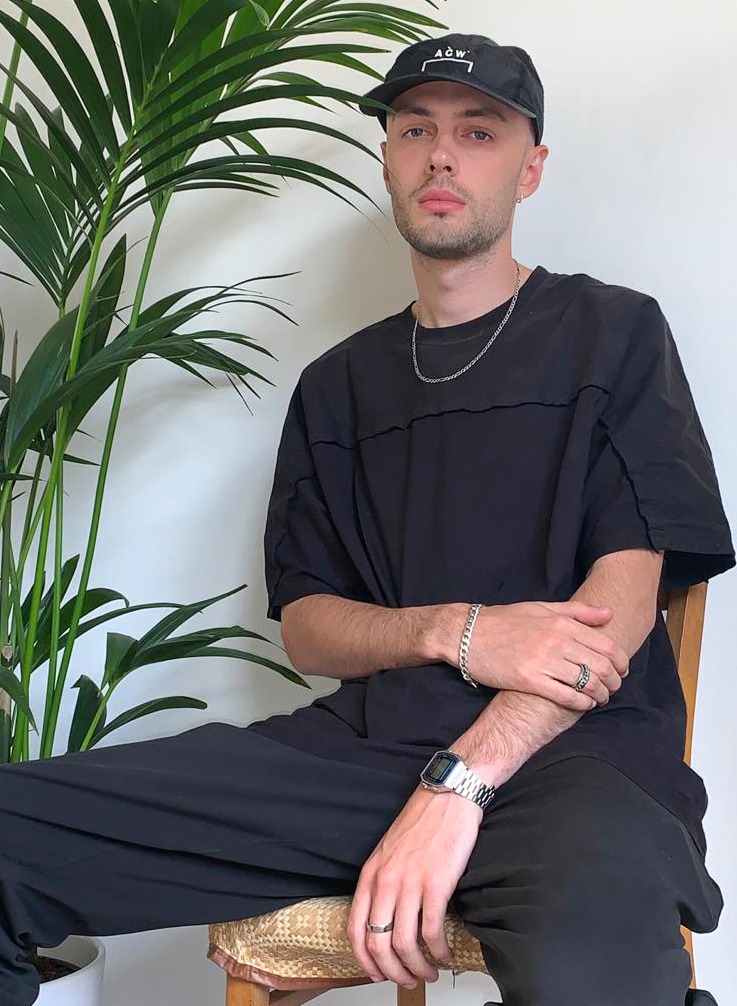 East London-based DJ, producer, label owner and promoter (phew..) Bailey Ibbs has been making waves of the last year, building a reputation as one to watch in amongst the next generation of artists coming through the UKG (NUKG) scene. Bringing back the delectable champagne jams and sun-kissed anthems of those long-forgotten days, Bailey has been keeping busy over the last couple of years, releasing a bunch of solo records and bootlegs which have led to capturing the attention of Jaguar who picked up ‘Romantic’ as a standout release on her BBC Introducing Dance show earlier this year. The single is the first to be released on Bailey’s newly-launched label Night Service which initially started as a club night booking the likes of Jossy Mitsu, Eliza Rose, Kobe JT, Picasso, and Izco as well as teaming up with Keep Hush for special events. Further afield, Bailey has supported established artists such as Paleman, Stenny, and Kurupt FM across the UK.

In July, Bailey released a special EP ‘Lockdown Trax’ in order to raise money for a charity close to his heart that helps fund research into Battens Disease and support the families affected by it. Having also contributed to our mix series, we speak to Bailey about life in lockdown, the motivation behind Night Service and dig a little deeper into his story so far as both an artist and DJ.

Congrats on launching the label side of your Night Service platform – which started as a party series – earlier this year. What motivated you to launch your own label? What does it allow you to do?

Thank you! It came from quite a selfish perspective I guess you could say, at the time I decided I wanted to do it, I wasn’t really releasing or playing out as much as I was in 2019 / the months before lockdown. So I decided that if no one was going to book me or release my music, I’d just throw and DJ at my own parties and release my own music. I think it’s helped me get a foot in the door because people will see the names we’ve booked i.e Jossy Mitsu, Eliza Rose, IZCO and also see my name as a resident so I guess people will hear or see of me more and more! I run it with my girlfriend so we always bounce ideas off each other. I wouldn’t of been able to do it if it wasn’t for her organising venues and stripping back my crazy ideas!

What are your goals for Night Service? What do you hope to achieve?

Originally it was just going to be a party, and that will remain the priority, I’m glad we put something out this year as I feel like its a step in a good direction and keeps things flowing as the clubs are closed. But I’m still quite back and forth with the idea of a label so I guess we’ll have to wait and see for any new releases!

Are there any artists you’re keeping your eye on at the moment that you’d like to work with through Night Service?

There’s loads! If I was to list them, we’d be here forever! We’re currently liking a lot of the names who are developing really well such as Denham Audio and the Club glow crew, AK Sports, Soul Mass Transit System, Aloka & Cressida.

What was your first experience with electronic music and club culture in general?

My first ever night out was at XOYO, I saw Bicep open for Jacques Greene years ago! Besides that, I’d have to say it was my first time in Ibiza! I went out for a week when I was 18 and fresh on the dance floor – I fell in love immediately. I later grew out of tech house, but those moments will stay with me forever

Is there a stand out track or album that changed everything for you?

If I had to boil it down to one track, I would say Jacques Greene – Another Girl, out on LuckyMe. What a record! I’ve been making various edits and bootlegs of the song for years but can never beat the original! Maybe one day I’ll put one out but until then the original tops everything!

Which artists would you say have helped shape your sound and style?

I would say Denham Audio, Desert Sound Colony, Tommy Holohan & Hornsey Hardcore have been inspiring me a lot lately, but my inspirations constantly change. I think I’ll always be developing my sound and evolving, but I’m excited at where it’s at right now!

Could you talk us through some of your musical influences and how you connect with their artistry?

I feel like with each artist, when I listen to them, I’m able to paint a picture about where the music is being played or where I would be if I was hearing this kind of music out and I feel like over lockdown my sound has gotten a bit darker and a bit heavier because when I listen to these artists I’m imagining I’m in a club listening on a large system which is quite frankly where I want to be, and so that inspires me to try and create music that puts me in the same place as their music does to me 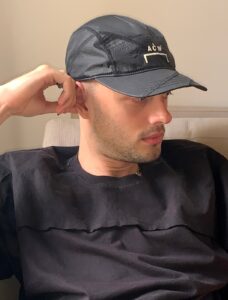 What are some of your favourite labels and platforms to dig through?

I feel like I’m a part of the digital digging era, where as instead of visiting record stores to find new music, I spend most of my time on Soundcloud and YouTube finding new pieces then buying on Bandcamp,  Discogs or Juno. I would say personally I look through a lot of channels but most notably Hurfyd, VSVN & ModeratorUK, shout out all of them!

Has your relationship with music changed during lockdown?

Nothing really has changed that much, I would say that I’ve struggled to get inspired and excited to make music because the there’s no clubs and they’re the places where I usually get a spark for an idea. At the start of lockdown I struggled to make a lot of music but as it’s gone on, I’ve found a new way to find that spark, and that is basically playing music very loud out of my Bluetooth speaker 😂 but it’s still hit and miss for me every time I open up Ableton.

Can you talk us through the mix you did for us? Where was it recorded?

This was recorded at North Greenwich Pirate Studios, recorded directly into Ableton! (Which is how I record most of my mixes at the moment)

I’d like to think that the mix that I did is a good insight into where I’m trying to take my sound. I know garage is what I’m typically known for and will always remain prominent in my sound but I want to start producing and DJ’ing more darker heavier breakbeats and techno stuff as well, maybe try and incorporate garage influences into that. I’m just now starting to really think long term about where I’d want to play and who I’d like to release with.

You’ve had a pretty busy release schedule over the last year with both original productions and edits, what is your production process like? How do you keep the momentum up?

Totally, I think 2019 was probably my busiest year terms of my music career. My production process is always hitting miss, I never really know what I’m going to get when I open Ableton but I just try and make music for myself and not think about making music for someone or for a label too much because I feel like it becomes a hindrance on my productions. I always put pressure on myself to write a lot and make a lot of music because I see people doing that, but at the same time I feel like I want it be more about quality than quantity so I’m trying to discipline myself and focus more on each track rather than getting things out as much

What helps you push through any creative blocks you face along the way?

One thing I always find that helps me push through writing blocks or any kind of creative block is to dive into different sounds and genres. If I’m struggling to produce or write, I’ll spend time digging into genres like Drum and Bass, Dubstep or Gqom for example, then attempt to kind of recreate songs these new tracks I’ve found and I feel like that helps spark an idea and also opens me up to learning new techniques that I could incorporate into my productions moving forward

What keeps you motivated?

I’d say, finding new music, going to new events, meeting new people helps, but also taking a step back from music, forcing myself to stop listening to dance music and not becoming too submerged in trying to make a specific style. I feel like, personally, if I am too deep or too focused on trying to force something creatively, it never comes out right so i always try to take a break and maybe not make music for a week. Keeping my mind fresh and off music, then rediscovering my love again is my method to stay motivated.

You can check out Bailey’s releases on Bandcamp and Soundcloud. Follow Night Service here.