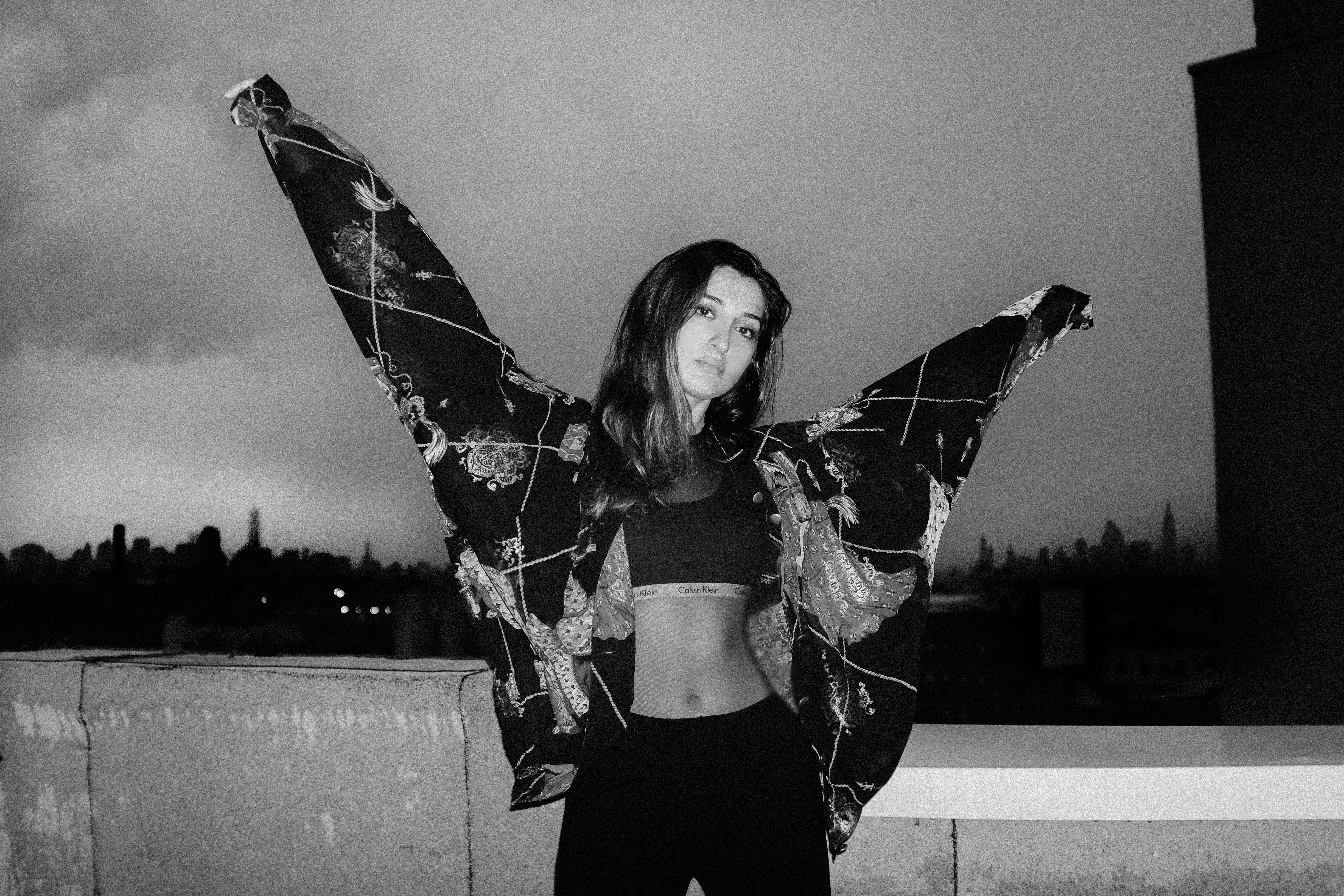 Georgia born Sophia Saze launched her career last summer after signing to the acclaimed Get Physical imprint. Launching her record label Dusk & Haze shortly after, with the first EP from the boss herself featuring remixes from Umwelt and Benjamin Damage, ‘Solace’ garnered interest from across the industry. Before that, Sophia had been DJing and producing for six years, moving across the world as she tried to find a new home after escaping war-torn Georgia at a very young age. With music engrained in her from early on, Sophia’s musical versatility spans across electro, krautrock, ambient, industrial, garage and acid, citing early influences of classical music and dance training, whilst her productions are solidified in the world of techno. As she releases on Ghostly International this month, Sophia is currently working on a brand new live show as well as preparing to release a new EP from SDX on her ever expanding imprint. We caught up with Sophia to discuss the rising tension in Georgia within the music community, the concept behind Dusk & Haze, what makes Brooklyn so special and her approach to remixes.

Having started in Tbilisi Georgia, what are your thoughts on the current tension in the nightlife scene. Did you experience any injustice whilst you were starting out?

I’m proud to see my birth city shining as it is. I’d rather not comment on the injustice happening in my country at the moment though. The individuals currently living and fighting the battle there daily are most deserving of speaking to this topic. Georgia’s fostered some incredible rising artists like Anushka Chkeidze, Greenbeam & Leon, HVL, Irakli, & Zesknel. I hope they keep inspiring the world, as much as they do me. Furthermore, I find that political situations are a sensitive stance for artists to take, and my role is to cultivate music not words. I’m a creator, not a keyboard warrior. I can confidently say however, that during my upbringing and time in Georgia, my family experienced tremendous injustice which ultimately caused us to flee the country as political refugees. The longer version to that question and our history of struggle would take up a separate interview of its own.

How did Georgia shape your sound and approach to music?

Nostalgia. Georgia has a rich history full of hardship. Outside of this, I was separated from my country unwillingly at a young age which created an even deeper obsession with wanting to relate to my roots. I listen to a lot of folk music and draw inspiration from that, somewhat of a ground zero for me if you will. Nostalgia created a complex sense of sincerity and sadness which shaped my sound immensely. The two are one and of the same to me. Some may equate lack of physical presence in connection to a country, but actually this has only further inflamed my hunger.

You’re now based in Brooklyn, what drew you to the city? What makes their scene so special?

Brooklyn’s like no other place in the world. I initially moved here for a corporate job & I ultimately abandoned my career / academic background to throw myself at the arts instead. Brooklyn is overly saturated at the moment, I do think more quality control is needed. The more interesting focal point is the larger scene bubbling up across the States right now. There’s a definite resurgence of quality music happening in the deepest crevices of the country. It’s refreshing to see things gravitating back to their birthplace. I have the utmost respect for home-grown promoters mustering small scenes, the true purveyors. You have to really be committed to be mobilizing troops on that scale. I’m talking about places like Colorado, Minnesota, North Carolina, Pittsburgh, Wisconsin. I just got back from a gig in Washington, DC. Sequence is the name of the event. I was very impressed with their honest and humble mindset, not to mention stellar curation. Erika & Arthur Kimski, both killer artists.

Who would you say were your biggest influences growing up?

Hard to say. I grew up exposed to more than the average child, having moved across 8 cities and 5 countries. I’ve lost count at this point, but the medley of cultures & constant floating around drowned me in a titanic sea of inspiration ranging from folk to hip hop to rock music, depending on where we lived at the time really. Within that spectrum, my affinity was almost always towards the more melancholic offshoots of those genres.

How did your label Dusk & Haze come about? Why is it important for you to have this creative platform?

I was promoting underground parties for years before considering launching the label. I wanted to create a foundation based on truly supporting talent so we booked warehouse events and other types of parties. I made a conscious decision to not play more than a few of our bigger nights, or if it was necessary to add my name, make sure to always push other artists above me first. I mirror that approach with the label now as well. We launched when it felt like the right time, and mainly off the premise that releasing records offers a lasting impression far beyond what any party memory will ever be able to achieve. The feeling of holding a physical record you pressed yourself is unparalleled. Even more gratifying is to take time with it, and make every detail meaningful.

I was blasting demos for years before bothering A&R heads to listen. I’d get positive feedback that they liked my tracks, played them multiple times, but it somehow never translated to release opportunities. I wanted to be able to hold ground on my own terms. Similarly important to me now when working with other artists, is that each release be tailored around the intended message. I treat their needs with the same respect as my own. It’s more than just a record. D&H002 is coming up this fall from Berliner SDX, featuring remixes from 138 & SC-164. It’s a broken beat mega gem of an album. I’m itching to get it out already, I stand by his music with full pride.

What is your aim for Dusk & Haze?

Adding complexity musically but always keeping the model simple, stick to the basics and what matters most – music. We just want to do what we do best in an even better way, constantly leaning upwards. We’re also expanding the events from this autumn, which is really exciting as it’s been a while since we dipped into that side of things. Production is a key aspect of Dusk & Haze. I’m excited to keep creating and unveiling. 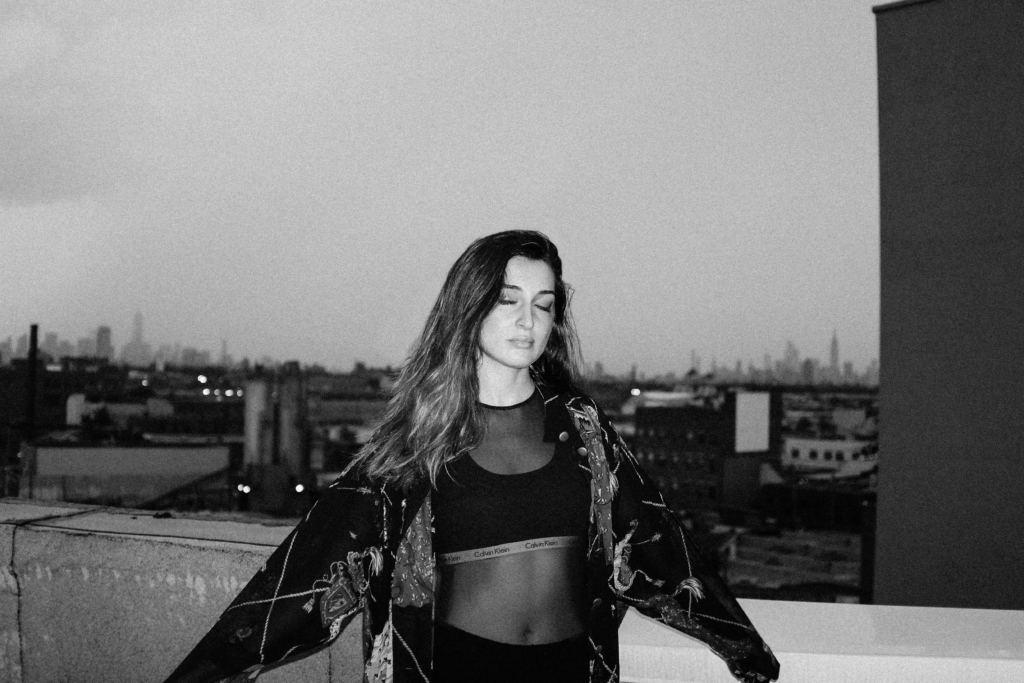 You do the A&R for the label too, how do you go about signing artists? What do you look for?

I do and recently took on my friend as a partner in the label to carry the weight, RTMC. It’s hard to find someone you trust in this industry & I have full faith in him. Reilly does an incredible job of weaving in fresh talent into the equation. I’m pretty busy these days between working at a nightclub, touring, running the label, planning events, and spending time in the studio. He keeps me on my feet. We look everywhere for new music – from attending shows, record shops, internet, and word of mouth. We’re constantly digging. We like to consider both older and younger generations alike. SDX was playing a warehouse event for our friends at Aphotic, and later sent me his music. I was immediately attracted. 138, the duo who did the remix are some of the raddest guys. I had heard their release on The Cast Project (California), a complete banger. Donor, who did the second remix is a highly respected artist locally. Musically we’re turned on by deconstructed raw beats with glittering attitude, non-linear and off-kilter. We’re definitely attracted to a certain type of personality as well, humble and real confidence. It’s important to us we represent good people. Despite how good your music may be, having poor character or impatience even, is a definite turn-off.

You’ve released a fantastic remix on Ghostly International, how did it feel to be releasing on such an acclaimed label?

What drew you to the track? How do you approach remixes?

This was actually my first remix ever. I prefer working on original music, but was drawn to it immediately because of the legacy behind The Packard Plant. The original felt like a distant memory of the space & I wanted the remix to feel like the rave just came back alive in those 5 minutes, as if the scattered percussion is dragging you around all corners of the warehouse. Remixes should reinterpret the original idea.

You’ve just made your debut in Japan and Korea, how did it go? What did you enjoy the most about these crowds?

Mesmerizing. I left both countries with a tear running streaming down my face, one for each. The amount of patience and balance engrained in the culture there is mind-bending. Japan, I played for Collision at Circus with Kuniyuki Takahashi. I was blown away by his performance, by far one of the best live sets and individuals in the game, and also the detailedness with which the promoter approached organizing the show. Korea, I played at Faust. Markus is a visionary in how he’s designed his club. Asia is one of my favorite areas to play, probably second to Latin America.

What has been your favourite city to play in so far and why?

Juarez will forever stay in my heart. Hardpop was the first international club to properly support me & Mexico will always be special for more than one reason. Firstly, Juarez has one of the wildest crowds. We’re talking about kids who risked their lives going out for music. Maybe some of the best fans in the world too, they really take their time to understand each artist, and show so much love in the process. There’s an instant aura of acceptance and belonging they make visiting artists feel each time. Former murder capital of the world, this is more than your average nightclub.

You’ve previously mentioned that you have a minimal and simple approach to your studio and live sessions, why is it beneficial for you to work like that? Does it transcend into other aspects of your life?

Simplicity is key. It allows me to narrow focus on what’s most important and filter the rest. In building tracks, I start by finding a hook on the piano and constructing around that. Balance is an integral part of minimalism and this transcends deeply to my waking life outside the studio.

What are your go to travel essentials?

Touring tosses me outside my natural element, and it’s essential to always stay grounded.