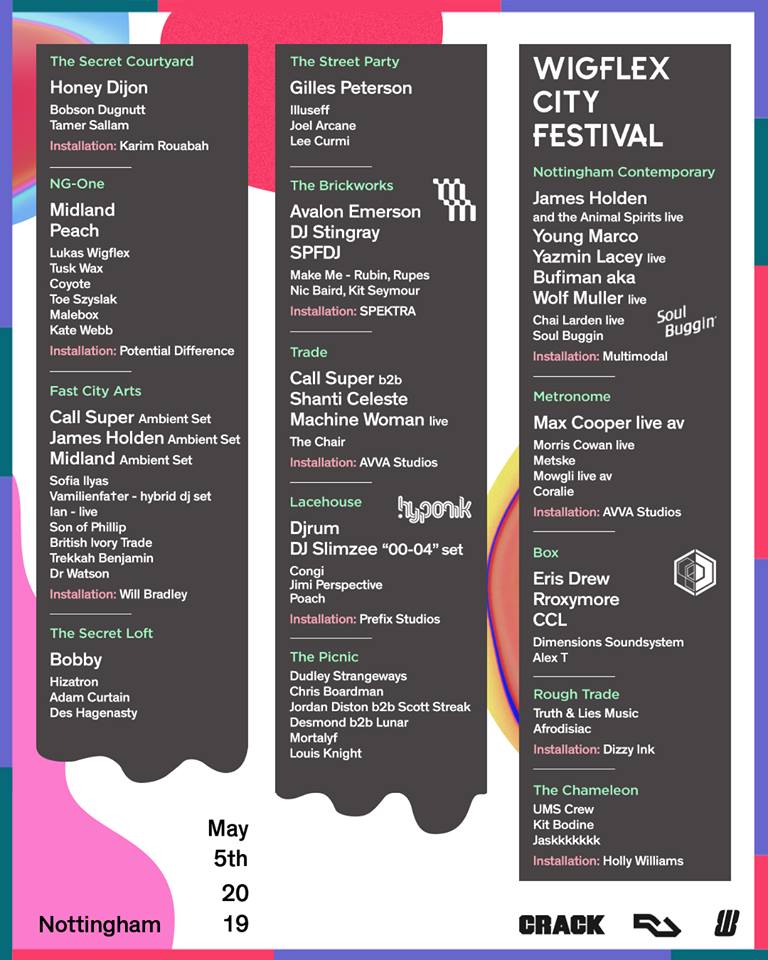 Another bank holiday is just around the corner here in the UK and with that comes the hotly tipped festival debut from Nottingham promoters Wigflex – which also happens to be one of our favourite parties. With a whole host of unique landmarks and locations around the city, Wigflex City Festival is a multi-venue venture which sees the promoters use locations that have never been used before such as hidden caves, adding an element of adventure and a new dimension of exploration to the event. Nottingham has such a tight-knit community and with that Wigflex uses its platform to give back to the residents with the festival holding workshops, panels and events throughout the day for the public to attend free of charge. Moving into their musical programming, Wigflex have gone big and bold, inviting artists from a variety of different scenes as well as a mixture of live performances and DJ sets. There’s Worldwide FM host Gilles Peterson bringing sounds from across the world, Jazz performer Yazmin Lacey and indie electronica icons James Holden & The Animal Spirits playing a special live set. James Holden will also be playing an ambient set in the chill out zone along with Call Super and Midland. Other performances across day and night include Honey Dijon, Conducta, DJ Stingray, Shanti Celeste, Bufiman, Eris Drew, Djrum, Young Marco, Avalon Emerson, Peach, SPFDJ, rRoxymore, Machine Woman, CCL and Shannen SP.

In anticipation for the first edition, we’ve compiled a playlist of some of our favourite tracks from the billed artists.

Wigflex City Festival will take place on the 5th May – buy tickets here.