Following their debut release ‘Laughing Kids’ on 2MR in 2017, Stockholm duo Saine & Smith return to the label with ‘Dirty Games’, out today. Consisting of Jaja Saine and Leo Smith, both are diaspora kids with Jaja’s background in West Africa and Leo’s in Barbados. Within their productions, they seek to reflect their heritage whilst incorporating elements from Scandinavian dance music. For their latest release, the pair experiment with soulful house, jazzy sounds and leftfield dance music over the course of six tracks. Delving into their influences and getting to know them a little better, Saine & Smith talk through the key releases, films and location that have inspired them.

Fela Kuti – Music is the Weapon

A French documentary (1982) about Fela Kuti, by Stephane Tchal-Gadjieff and Jean Jacques Flori.

Fela Kuti is my all-time greatest source of inspiration, whether it is musically, philosophically, fashion or passion, you name it. He is just Heroic! The first time I saw this documentary was in my teens, and it just totally gripped me. I think I have seen this documentary at least 20 times since then. It’s a lower budget production but that is also what gives it the raw and genuine touch. It feels almost like you’re actually in Kalakuta Republic chilling with Fela and the band.

Most contemporary forms of music, from funk to electronic, owe something to the irresistible groove of the Afrobeat sound that was founded by Fela. This documentary contains interviews with Fela detailing his thoughts on politics, Pan-Africanism, music and religion.

Highlights from Prince’s 1987 European concert tour, including selections from the rock star’s album of the same title.

Unfortunately, I was too young to even be there but oh boy what a performer this guy is. Everything he does is just perfect. I have never seen anyone having such a powerful spell on an audience like Prince does. The build-up and all the way to the peak of the song are mind-blowing.  Please do yourself a favour and watch the whole concert movie….Is not music, Prince is a Religion and I am a believer.

Be Aware of Mr. Baker

One of the most interesting and inspiring drummers of all time. Really great documentary about the mysterious drummer Ginger Baker. This guy shaped rock music into various form of single-handedly. This documentary is hilarious and inspiring.

Perhaps the album I listened to most as in my late teens. This is just a timeless masterpiece. Ms Hill sings better and raps better than your favourite MCs. Hard to pick but my favourite track is ”Lost ones”.

A charming and very beautiful film about an Egyptian military orchestra journey to perform in Israel…. But ended up taking the wrong bus. Well, that says it all. The story is just breathtaking, wonderful dialogues and dramaturgical masterpiece. Beautifully composed music and film photography. Takes me to my happy-place each time.

Outkast is one of the modern bands who have influenced me the most. Colourful, joyful, clever and authentic band. I just wish André 3K was my father, seriously. And yeah, he is G.O.A.T don’t believe what anyone else tells ya!

In short, Sun Ra found on a new planet in outer space known as “the Arkestra”, where the oppressed African American can settle. Music is the medium for this resettlement. He travels back in time and returns to the Chicago agree on a game of cards for the fate of the Black race.

This movie is profoundly ahead of its time. I just love how it portrays a futuristic, ancient and yet very present feeling. The music and clothing are just hauntingly beautiful. I find it really amazing how we can actually use music to create that space, a metaphysical place where we feel liberated. I really hope someone does a modern take of this film soon.

This Video scared the shit out of me and a young boy, I only 11 years at that time. But, how I use still rave and jump on my bed like Kevin from Home Alone. Because this song really was the first introduction to rave, anger and satisfaction at the same time. Rest in peace Keith. And yeah, this song still gets some plays in my DJ-sets today. 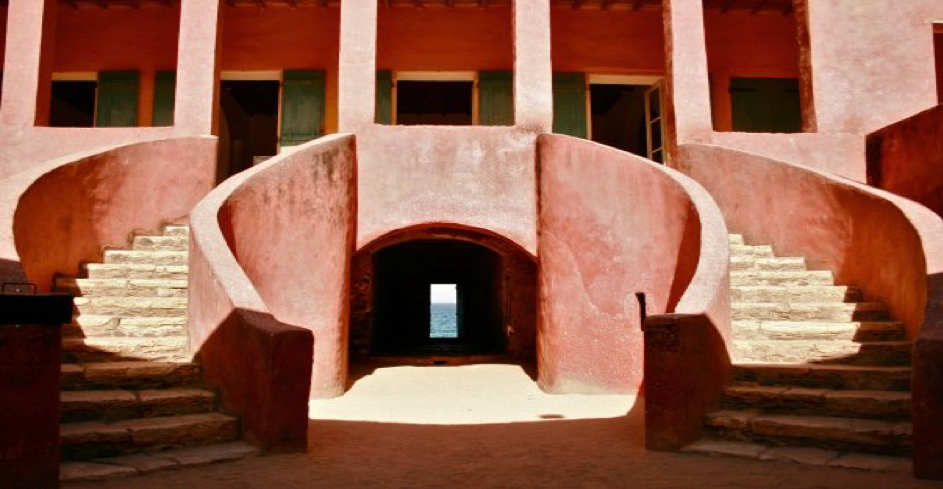 Gorée is a beautiful tiny island off the coast of Dakar, in Senegal. It’s known for its role in the 15th- to 19th-century Atlantic slave trade. On the narrow streets, colonial buildings include the House of Slaves, now a museum. The 19th-century Fort d’Estrées houses the IFAN Historical Museum, with exhibits on Senegal’s past. The Henriette Bathily Women’s Museum considers the role of women in West African society.

Very emotional trip for me. I was born in Gambia, a neighbouring country to Senegal and my mother side originated from Senegal.

Pictures: From my trip to Senegal 2010

Goosebumps each time I hear this Jam! It makes you literally wanna leave this planet. This song is a huge inspiration. Jazz, just the way I like. Raw, creative, spacey. Usually finished my Dj-set with this track, and it just lifts up the whole space.