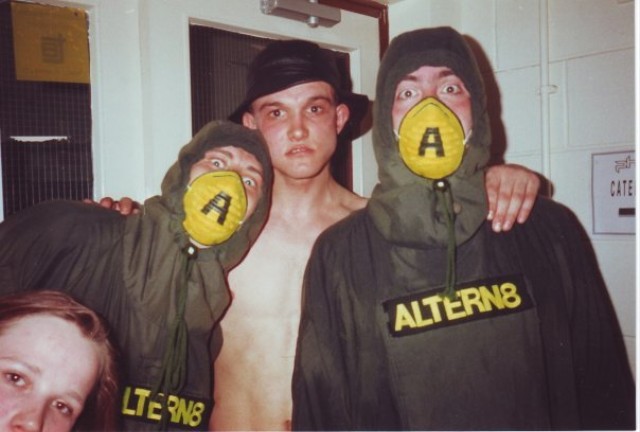 From the Sweet Harmony exhibiton to DIY zine culture and the likes of nu-rave, old school and happy hardcore records having a moment, the UK rave movement is having its moment. Being from a town that was the heart of the happy hardcore scene with most of the important labels and record stores of its time, I feel immense FOMO of the 90s scene, the free party movement and the spirit and energy that came with it. Continuing with the vibrant celebrations, Planet Mu affiliate The Gasman has pulled together a compilation as a tribute to the early 90s British independent dance music culture with a mixture of tracks from old and new artists including Mark Archer, Konx-Om-Pax, LFO, Humanoid and the first ever release from world champion snooker player Steve Davis under the alias Thundermuscle.

With the compilation out now, some of the featured artists share their favourite rave memories and records.

In 92 I was only about 16 and looked 12 so didn’t get out to ‘proper’ raves. Rave for me was more of a pirate radio experience. I would spend hours listening to Delta Force FM nerding over the music and buying stand out tracks at the weekend. It was pure escapism from a dysfunctional childhood. Satin Storm EP by Satin Storm and Xylem Tube EP by Aphex Twin were defining moments for me. I knew I was going to make music for the rest of my life after that. 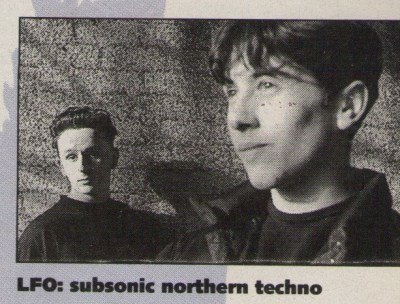 First track that really blew my mind was Future Acid Tracks in 1987, it was amazing. We were in a record shop in London buy hip hop records and heard this. As for rave memories there were loads – playing at the Omen in Frankfurt in the early days was awesome. Also going to the Orbit in Leeds was amazing back then.

Had loads of big moments in the 90’s, it was all a bit much for a lad from Stafford to take in and was a bit of a whirlwind.

Playing at Donnington for Amnesia was a big one, the first really big warehouse we had played in and it was a massive crowd. The realisation that all these people were dancing to music I’d helped make was a lot to take in.

The car park gig at Shelleys was something, that was a proper giggle at the time (even with the threat of being arrested) but we didn’t realise it was something that would go down in rave history.

Going on top of the pops was also a proper mad one, after watching it as a kid and then you’re there on the stage surrounded by proper pop stars, felt well out of place to be honest. And touring Brasil in 1993 with Moby. The size of the crowds there and how well we went down was mind blowing, thinking that our music had made it all the way to the other side of the planet.

Ok would be Richie Hawtin at the sw1 club 1992, his second time in the UK. We met him and he gave me a plus 8 comic which I still have. Opened with Aphex Twin’s remix of Mescalinum United who was also in the crowd. Also played The Seawolf on UUR and Robert Armani’s Watch It (Rave Mix) on ACV. It was just banging all night long! Great times!

Being from Houghton Regis our regular rave was Exodus up on Craddock Road in Luton. It must have been around 91 or 92 and few of the older lot had also started going to Spiral Tribe parties in London. One Saturday I managed to bag myself a seat in a car which was a bit of a touch for a young ‘un like me. We drove up the M1 heading to the gasworks around the back of Kings Cross. A warehouse had been taken over, I think it was actually Bedlam, but the whole sound system culture was a new thing to me and I was never quite sure if it was Bedlam or Spiral Tribe. There was a police presence all around the area – stopping and searching so we had to jump out of the car whilst it was still moving (fairly slowly) and scramble under the corrugated iron fences. The space was pretty derelict, with a coach splitting it down the middle. It felt proper edgy, plenty of suss people knocking about as you’d expect amongst the regular rave crew. I was a bit of a pup but was well up for it. I remember a very young traveller kid bumping about the place on a ride on bunny laughing at all the ravers as huge plumes of dry ice drifted around us. It was all pretty full-on then I heard one of my definitive tunes of the time: Polynomial-C by Aphex Twin drop. It was the first time I’d heard it and it just sounded so different to all the other tracks I’d heard and loved, it just felt on a totally different level and imprinted upon my brain instantly and gave me a proper bump… don’t remember much else after that but it’s one track that will instantly give me a little rush even when I hear it nearly 30 years later. Tune! 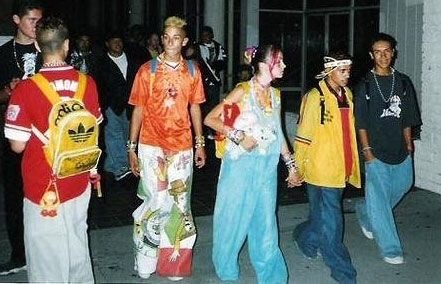 Er! In the 90’s I was in a dark room trying to get little balls into slightly larger holes. The first ever “techno” music I ever saw live was Surgeon, Appleblim and Second Storey at Bloc Weekend in 2016!! Surgeon’s “Breaking The Frame” was my first exposure to any form of techno style music.

My friend’s older brother had the Rave ’92 compilation tape which I remember re-taping and rinsing until it was an indecipherable fuzzy mess. I didn’t start making it to raves until later that decade (because I was 11). I went to a lot of free parties around ’98 and some hard house nights at Dance Academy in Plymouth, but I’d say my formative rave memories were listening to Rave ’92 and early Jungle mixes in the back of grotty cars, driving around the Devon lanes.

To be honest, I did not experienced much of rave in the 90s myself. Usually I would go out to lots of other types of music with friends which were not so much into electronic stuff – and I also was not really aware of rave music at all at the time, that came much later. When Drum and Bass arrived in clubs here and we went out to some of these parties which I really enjoyed. I learned about jungle and hardcore and all the more fast dance music which was new and exciting to me. I remember seeing the “Original Nuttah” video on an MTV show and I loved it, and I bought this double CD full of old school jungle tracks which I absolutely loved and influenced me quite a bit, even though you might not recognise these influences in my music of today in the first place. I loved the relentless energy of lots of the tracks which made you go quite crazy on the dance floor. One of the best jungle sets I experienced ever was by Soundmurderer in Amsterdam a few years ago – so much energy and madness 🙂 It was not in the 90s as said, and not per se old school stuff, but the set had a vibe to it I would think would be my definition of a mad good rave – just let loose and go crazy.

I was only a wee kiddywinkle back in the days when the acid house and breakbeat rave scene was first taking hold of the UK. I remember being on the bus to school one day and a guy stuck his Prodigy Experience cassette on and I’d never heard anything like it. I owe a lot to the Prodigy lads sound intriguing me to delve into finding similar stuff like Hyper-On Experience, Criminal Minds, Sons Of da Loop da loop and the Suburban Base boys, and 4hero’s Reinforced imprint to name a few.

I’d always look forward to going to those spaces where you could meet up with your mates and spin a track, share your latest findings, dig through each others collections, and have a flippin’ good dance! (and still do!)

I’d like to complain to Mr. Mark Archer for making my feet sore and bringing a tear to my eye with his solid back to back to back Prodigy Keith Flint tribute set at Bangface. Those songs will never fail to get me in a dancing mood and sound just as fresh as when I first heard them on that school bus.

I never liked going to raves every much, I preferred just buying the records and listening to radio shows. If I have any best rave memories it was just those parties where I heard something new that I really needed to track down and buy. I think Suburban Base tracks were like that for me – I knew I liked that style but wasn’t sure what the records were. I was in Okinawa, Japan so the records were nearly non-existent on that island. There was a little techno night at a place called Zone and I finally found out a few titles and ordered one the of earliest SubBase CD compilations, “Face Of The Future” which was full of amazing jungle and luckily left off all the corny rave tunes I didn’t like (Sesame’s Treet, etc).

‘Repeat’ by Various Artists is out now on Gasman Music – buy here.