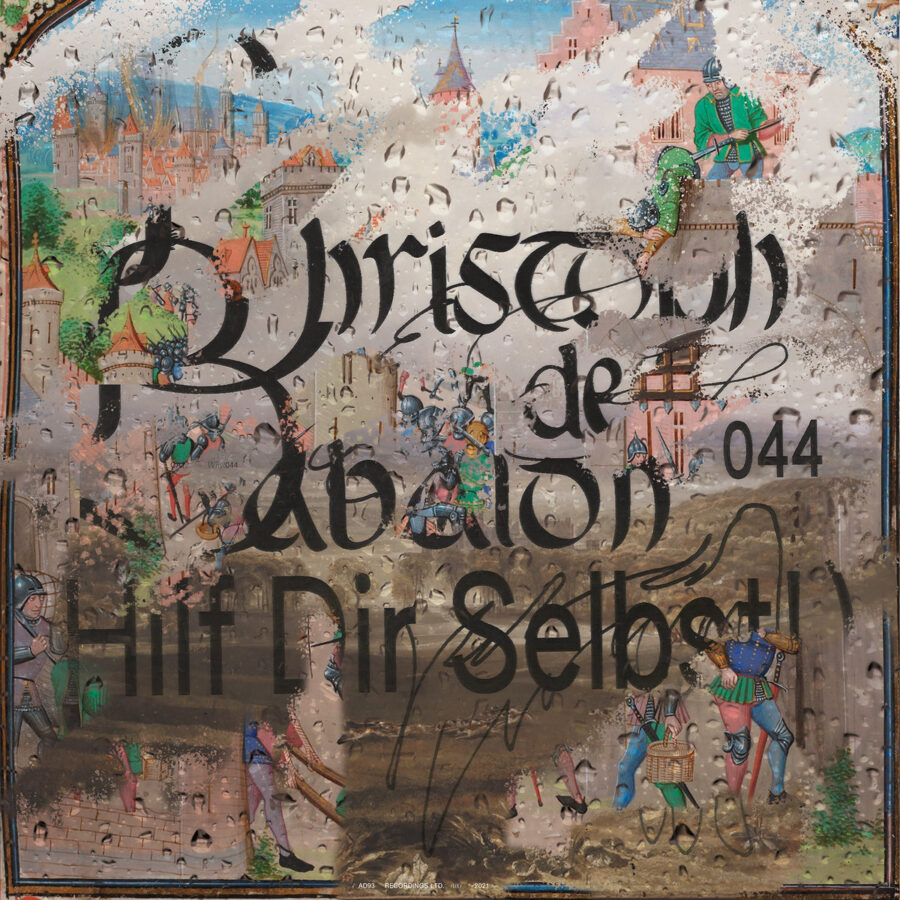 This is an overview of the music that the 909 crew are feeling this month. Not exclusively focused on new releases, it serves as an insight to our musical journeys and the discoveries we make on the way.

I promise you that this song is as light as this Tracks of the Month will get this time round, but I wouldn’t be doing my job properly if I didn’t share the song that has probably defined the last month for me, or at the least been the one on the heaviest rotation. To anyone who knows me it won’t come as much surprise to know that I’ve fallen for an oddball Japanese synth-pop tune. Yeah, I’m that guy.

This is the sort of tune that you can imagine yourself finding in a pokey little record store deep in the heart of Tokyo, with the musical Shokunin nodding approvingly as you pay for the record, the ultimate accolade for any DJ. But alas, I very much was in London and at work when I heard this on Cinema Royale’s Dekmantel podcast. There was no nod from anyone 🙁

If the song didn’t have Japanese vocals, you would probably guess that this was a classic European synth pop tune. I don’t know enough about Japanese music to say this with any authority, but the glossy production and big synth lines are clearly exported from pop music from the US and Europe. It was the 80s after all, when this was simply known as pop music, rather than synth-pop. It’s not cheesy enough to be italo, and it has an elegance to it which makes it feel respectable. I hate it when football pundits compare players to cars, most commonly when a Centre half is a Rolls Royce, but I feel that this analogy works for this song. You need to imagine this as a classy black saloon, compared to the yellow Lamborghini of italo.

In terms of the song itself, I think the most prominent bits are the melody and how it combines with the vocals. There is a really nice bit in the middle where English is spoken just as the melody hits a crescendo. That’s an absolute trip. But my favourite bit is at 4 minutes exactly, just after the English interlude, where the singer launches back into what I think is the chorus, and the combination of her voice and the melody hitting is absolutely magical. It’s big production without being hyperbolic, and I’m absolutely transfixed by the beauty and subtlety of this song. As Limmy himself would say, ‘that’s me nooo.’

Right, enough of all that ‘nice’ music bullshit, let’s get down to business. I bet you haven’t heard some hard house in a while, so why not make a glorious return by starting off with this slammer? Live music and clubs have returned (I can certainly vouch for that) but somehow it doesn’t feel complete without hearing all the big tunes you found over the past 18 months and visualised hearing in a club/festival environment. Sadly no one I’ve seen has played this yet, which feels like an opportunity missed. It’s genuinely the absolute fuego so there’s really no excuse for anyone to not play it. I mean just LISTEN to it?!

I am a bit of a sucker for a rolling build up. Sometimes they can be tacky and especially if you’re a bit of a chinstroker, they can seem as a bit kitsch. A bit too EDM perhaps. But when you’ve got a big crowd and an electric atmosphere, sometimes there’s nothing better than putting the musical equivalent of a neon sign up saying ‘Drop Incoming’ to build energy and tension. Here the interlude is over 90 seconds long, and you can imagine that people would be falling over themselves waiting for the bass to come back in. The drop is a hugely satisfying explosion of booming drums, stabby chords and a carnal bassline. Everything is built around the big drop in the middle so it’s really the only thing worth discussing here today. That’s it. That’s the post.

If you don’t yell FUCK OFFFF at some point during this track, did you really listen to it? I ran out of fingers when trying to count how many times I bellowed those words at Waterworks when this came through the speakers. It’s actually the most ridiculous track I’ve heard out in a while, and I’m fairly sure it was for pretty much everyone around me. The hardest ravers had hands clasped over their mouths. Hands shot into pockets to desperately Shazam and film the scene to have some possibility of finding this jagged jewel. The only thing we were missing to make the scene complete was a nice headbutt, and tbh I was definitely considering it but couldn’t find the right person to uppercut my yin into.

It shouldn’t come as much of a surprise that this track was played by Skeenkers (Skee Mask & Zenker Brothers for the uninitiated), the three Germans who perhaps have the greatest and deepest back-catalogue of UK based music in their arsenal. This song encapsulated what was the set of the day for me. It seemed that no one else was really trying to melt brains and push the crowd to another level. But boy oh boy that’s exactly what these lads were trying to do… Maybe it’s to do with the fact they’re playing B2B, when you’re feeding off each other’s energy, mixing competitiveness with playfulness and essentially trying to one up the last tune and gas each other up as much as possible. Whoever played this track out of the three DJs certainly won that battle, and you just need to listen to this once to come to the same conclusion as me.

When I saw that Christoph De Babalon was releasing a new EP on the excellent label AD 93, I barely believed it at first. I had known De Babalon for his dystopian, distorted and disturbing 160 sounds and loved him in a weird, fucked up Stockholm Syndrome way, because how can you possibly love something that deranged?! But the music I knew from him was released in 1997, so I thought he was one of the old school heads that did a few albums and faded away into the ether (geddit??).

But no! He’s back, still alive and still producing his distinct brand of tortured breaks. I also think that releasing on AD 93 is a brilliant choice, it somehow makes perfect sense to join that roster of label names (Avalon Emerson, Anunaku, Biosphere to name a few) and I am excited to see if this provides De Babalon to move his profile ever so slightly towards the ‘underground mainstream’ because the quality is definitely there.

This song provides a really nice balance between angelic harmonies, shimmering chords and those trademark, tortured breakcore sounds. It certainly is a welcome change from my side, as I always like the warmer end of the spectrum. But make no mistake, this certainly isn’t a track to listen to by the crackling fire or to send your newborn off to sleep. If you did that they’d probably end up as a school shooter. No, this is intelligent, sophisticated music with a dark edge, with no willingness to make it danceable or accessible to anyone outside the true believers.

Move over Willikens and Ivkovic. Sludginess is out. Speed is in. Whether it’s speed garage, jungle, or IDM, the new normal is music over 140bpm and you don’t have to dig that deep to see this general trend across DJing. This song is a great example. Can you really imagine this song getting big traction even 2 or 3 years ago? Maybe I’m thinking a bit too rigidly about the macro trends you can detect in dance music, but that’s my belief, and I’m definitely right that you can get vogue genres each year (2018 was electro, 2019 jungle, 2021 speed garage). If you don’t agree, then I’ll see you outside in 2.

This song is meant to be unreleased, but OBVIOUSLY Ben UFO has got his hands on it. From what I can understand, this song has faced copyright issues – presumably from the vocal sample – and can’t be properly released. It’s a shame because it’s really original, quirky and fun. Us mere mortals will have to pay to see Ben or Four Tet or the other Grandmasters of dance if you ever want to hear this beyond YouTube.

You wouldn’t usually think that this is a particularly ‘Ben UFO’ song but he’s been absolutely rinsing it recently from what I can see, from his radio shows to his BBC Essential Mix all the way to most of his club sets. I learnt about it from seeing him at the Cause recently, and this was an absolute highlight… well before the jungle started at least.