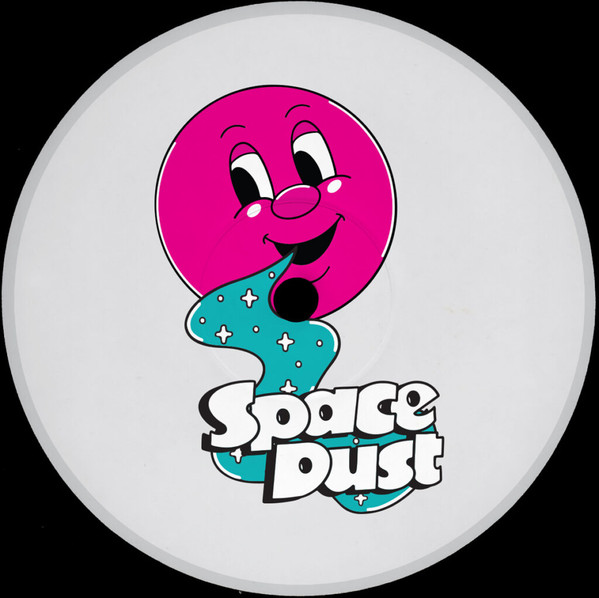 Anyone else think that this artwork looks like an idea for a new Cereal that was rejected by the Food Standards Agency? Despite the druggy cereal vibes, this release is actually a deadly serious, deadly electro tool and is one of the most solid releases of the year so far.

I’m all for the deep, spacey atmospherics and this provides those in spades. The spacey nature of the song provides a lot of room for other components to breathe, which works well here. In this case, the bassline takes centre stage and growls away satisfactorily, complementing the hard hitting beat to deliver a powerful two punch package. Whilst having that heftiness, it’s actually quite moderately paced for an electro song, but the result gives off that cool, laidback vibe which makes this excellently suited for lazy summer afternoons and patient build up sets in clubs.

I’m also not sure if vocoders have been cool since about 1986 but it gets a massive thumbs up from me here. It fits the palette of the song perfectly and makes this feel like a nostalgic reinterpretation of old-school electro/italo crossovers, almost like a long-lost relative of Charlie – Spacer Woman. This song has been a welcome distraction from a very wet and locked down January and my Strava has been boosted by the amount of toe-tapping this has provoked from me this month.

I mean, I know I talked about a growling bassline on the last track, but this one is so heavy I feel like I need to capitalise how GROWLY it is to describe its hyperbolicness (yes that’s a word I just made up). I plucked this one straight from the excellent RA mix from Peach which came out a couple weeks ago, and this generally defines the easygoing, genre splaying party style she has become well known for.

It’s a quite simply constructed song, with a limited amount of components and a well-organised structure that is DJ friendly. The song is largely a beat, a bassline, some hi hats and a pleasingly bouncy eight bar melody. Less is more here, and I strongly believe that this song needs nothing else added onto it to make it better. One of the best things is that the bassline mirrors the melody, which means that the aforementioned bounciness is really accentuated. Combining the melody and the bassline gives this a real bop that makes it a great club track.

I’ve managed to go 180 words so far without mentioning that this is very much tech house. But it has the required wedginess and jagged edge to it which means it’s not the super smooth, super boring tech house that is much maligned (mainly by me). My new way of judging good tech house is to see where it ranks on the Nicolas-Lutz-Wedgey/10 scale. This is a solid 8.

This is one of the most hotly anticipated records released this year for me. I’ve been waiting on this one for ages – ever since Jane Fitz played it on her Rinse show quite a few months back. The frustration of hearing records months before they are released is equally annoying and satisfying. It’s basically very annoying right up until the day when it’s actually released and you can finally listen to it, when the build up of having to wait usually makes it all the sweeter. Although, when that experience is anti-climactic (and often can be…) the overall frustration is doubled. It’s therefore a dangerous game to eagerly await releases like this. Luckily, I’ve had 0 sense of anti-climax listening to this.

This song really reminds me of a few things, but I can’t quite put my finger on any of them. It’s almost like it sounds like a particular song or artist, but I can’t quite picture who. Some times I have listened to it and thought that the drums and vocal combo give me strong Further Electronix vibes. Other times, the soft, playful melodies give me Aleksi Perälä feels, or maybe even an air of certain Aphex Twin bits (primarily stuff like this). Maybe it’s just eerily reminiscent of a feeling, an emotion, rather than anything in particular. Maybe I’m getting deja vu of listening to this track so long ago. Who knows, but ultimately it doesn’t really matter.

What does matter though, is that this is brilliant. The skittish drums are the highlight for me. They are almost jungle-esque, but are actually really rhythmic, despite giving off the perception of chaos. Organised chaos I guess is a good way to describe it. Combined with the powerful, euphoric atmospherics, this feels like an ultra-relevant throwback to 90’s breaks records. The nod is backwards looking, but this is as contemporary and fresh as they come. Make sure your 2021 soundtrack includes this, and make sure you don’t put yourself through the pain of listening to this 4 months before you can actually buy it.

I nearly managed it, and almost made sure that all the songs on this feature came out in January 2021. But this is just far too good to leave out. I can’t really remember what I was doing in November 2017, but I now know I should have spent most of it listening to this. If I’m enjoying this song this much when we’re in the depths of winter, then imagine how big the vibes will be when this is playing when the sun is shining.

The drop at 1:20 is my favourite part of the song, and while it’s not a heavy or monstrous or growly or [insert hyperbolic adjective here] drop, I recall the really profound quote by megababe Hunee: “i never think of “killing” or “smashing” or “destroying” it when i play music. i am searching for another relationship with the dancefloor.” That encapsulates how I feel perfectly here. It’s just a beautiful combination of the vocal coming in for the first time, connecting with the four bar break and the tropical beat. The flow is infectious, bringing an invisible Latin groove into the confines of 4×4 and electro. This is the Havana Synth Mix after all.

I’ve been to Havana, and while it definitely doesn’t sound like this, it feels like this. This feels like driving down the Malecón at sunset, in the back of a convertible 1950s shitheap while you’re slightly woozy from one too many Daiquiris, bursting with the spirit of Hemingway and falling in love with the gorgeous views of a crumbling paradise. Listening to this song is a far more convenient, cheaper and less sweaty way of experiencing that feeling.

Kalahari Oyster Cult are one of the hottest labels around at the moment. After a sweltering 2019 and 2020 – with top releases from Roza Terenzi, A Psychic Yes and Nathan Meija (the Pariah remix on this was one of the biggest and most played bombs of the year) – they’ve kicked off 2021 on similarly top form. Firstly, they re-released Helium – The Works EP which has arisen from basement bin fodder to a £100 gem on Discogs. Try Me from that EP was actually included in the FIRST EVER Untitled 909 Tracks of the Month way back in January 2017 (happy bday btw!) and boy you bet I’m feeling smug right now that I bought that record back then for a mere €4…

But more relevantly to this, 2021 has also brought this new project between Roza Terenzi and Fantastic Man, named B’Zircon. I’ve absolutely no idea how you pronounce that but all I know is that when you try and say it, you end up pouting your lips like an influencer doing ‘essential work’ in Dubai. The only thing that is similar between this song and Dubai though is that it is HOT.

Upon first listen, and during the prolonged build up, it feels like something a lot softer than anything Roza Terenzi has released before. Her back catalogue is excellent, but it is filled to the brim of tough breaks and booming tech house basslines. It seems Fantastic Man’s influence has rubbed off, and the playful melody suggests his fingermarks are all over this. However, I was wrong to judge this song before I listened to it in full, because the signature Roza-style tech house roller comes in full force around the 2 minute mark. The groove is dominant, triumphant, turgid. The juxta position between this and the understated melody works brilliantly, and so it never feels too intense or over the top. The balance is absolutely spot on, and therefore makes this track way more accessible than just a club tool.

Roza’s career is rising to the stratosphere, and she’s yet to put a step wrong in my opinion. This only enhances her reputation, and this cements both her and Fantastic Man as great producers with great chemistry making great music. Now, if only I can work out how to pronounce their alias…