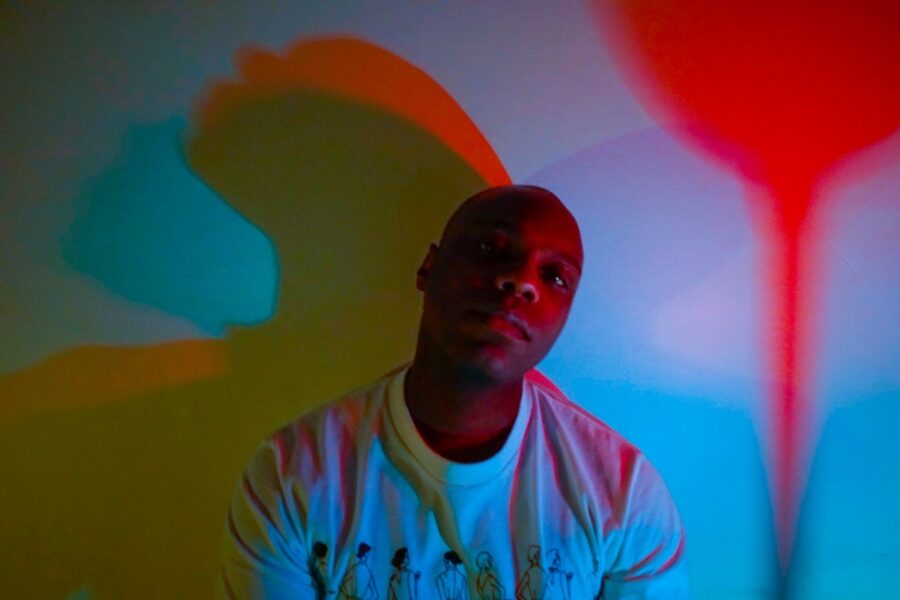 There’s something in the water in New York. As an outsider looking in, the different communities and scenes bubbling away across the pond excites me so much – a lot of my favourite artists and DJs are based there at the moment. From institutions and events such as Dweller, Nowadays and Bossa Civic Club to labels like SLINK, Sorry Records, Incienso and Kindergarten Records to name a few, the city has so much to offer (and I’m currently itching to visit!)

Emerging artist Kellen303 is one of the producers coming through this thrilling new wave right now. Exploring mutant bass rhythms, Kellen303 cites that he is ‘UK minded’ on his Soundcloud. His output so far has seen him release on labels such as Keysound Recordings (where he made his debut in 2018), SPE:C, Woozy and Arcane Patterns. Last month, he returned to Keysound for a new EP, ‘Life’s Different Now’, which is very much a reflection of the last few years where he used music as therapy and these tracks are inspired by Kellen303 “wanting to fill the first club I played with as much bass as possible when the pandemic was over.”

For our latest Lowdown feature we chat to Kellen303 about his introduction to music, how NYC inspires him and his approach to dreaming that helps overcome creative barriers.

What was your first introduction to music? Do you recall the first record that you listened to that made you realise music was something that you wanted to pursue?

I don’t know when but my parent’s placed a radio in my bedroom at a young age, probably to help me sleep. I grew up mainly listening to lite.fm, Rod Stewart, Captain and Tennille, Sinatra and other artists I soon learned would get you made fun of on the school bus. Over the summers, I would go to my cousin’s house and binge watch 90’s alternative music on MTV.

The first tune that really turned me on to electronic music was Meat Beat Manifesto’s “Prime Audio Soup”. I was 13, watching The Matrix and all I could think was, “What the hell are these sounds?” After digging through their music and finding genres like “drum and bass” and “techno” on Napster (Yes, I’m old) I wanted to know everything about electronic music and what it meant to be a dj.

Have you always been creative? What did that look like when you were growing up?

I drew and wrote a lot, my parents enrolled me in a cartooning school where I learned from artists who illustrated for publications from Marvel to Archie. I’ve always loved scary movies and shows so I began writing my own horror shorts which I still have and read every once in a while.

How does living in NYC influence your work? What does the city feed you?

I moved to NYC for the energy, you can’t idle here, you have to stay in motion. I’m always motivated to try harder, think differently. My life in the city is mostly lived at night. Late night trains, shadows, red or dim lighting. I draw a lot of inspiration from exploring the city around this time.

Outside of music, where do you look for inspiration?

Could you explain a bit more about how you set intentions before going to sleep to help solve creative barriers? Were they any specific dreams that related to ‘Life’s Different Now’?

So, it’s almost like meditating. While writing screenplays during the pandemic, I would play The Caretaker’s “Everywhere At the End Time” while I slept. I would visualize the scene I wanted to work on and focus on it. If it drifted away, I would slowly try to return to it. There are time it wouldn’t work but the times it did, I could be in the center of the story and wake up with great results. Dream logic and questioning reality are a heavy influences on my work.

How/where did you learn about this approach to dreaming?

Honestly, it’s just an experiment I thought of one night.

Aside from these dreams, do you have any other practices or rituals that help inspire you creatively?

Not really. Open to learning more.

What does your production process look like? How did you form your recent EP?

Lots of Monday afternoon sketches, refining throughout the week, failing and starting over. Not every tune is a good one, most of them are stepping stones toward the track your ultimately going to make. You have to love and trust the process. I know a good track when I feel the song has a soul.

I wanted to blend various genres I was listening to my way. “White Label” was a concept I had been working on for a while. The idea of making a footwork inspired tune at 130bpm. I think that tune took a few months before I found the right bassline, sample and decided to add a Gqom influence as well.

What informs your work? Is it research or relationships?

Usually whatever I’m going through at the moment. Music is free therapy so if I can put you in the cinematic space I’m in then I’ve done my job.

What would you say the themes are on this release?

What do you hope the listener takes away from these tracks?

I just hope they take you in a journey, wherever you are.

What does music mean to you?

What is your current obsession?

‘Life’s Different Now’ by Kellen303 is out now via Keysound Recordings – buy here.