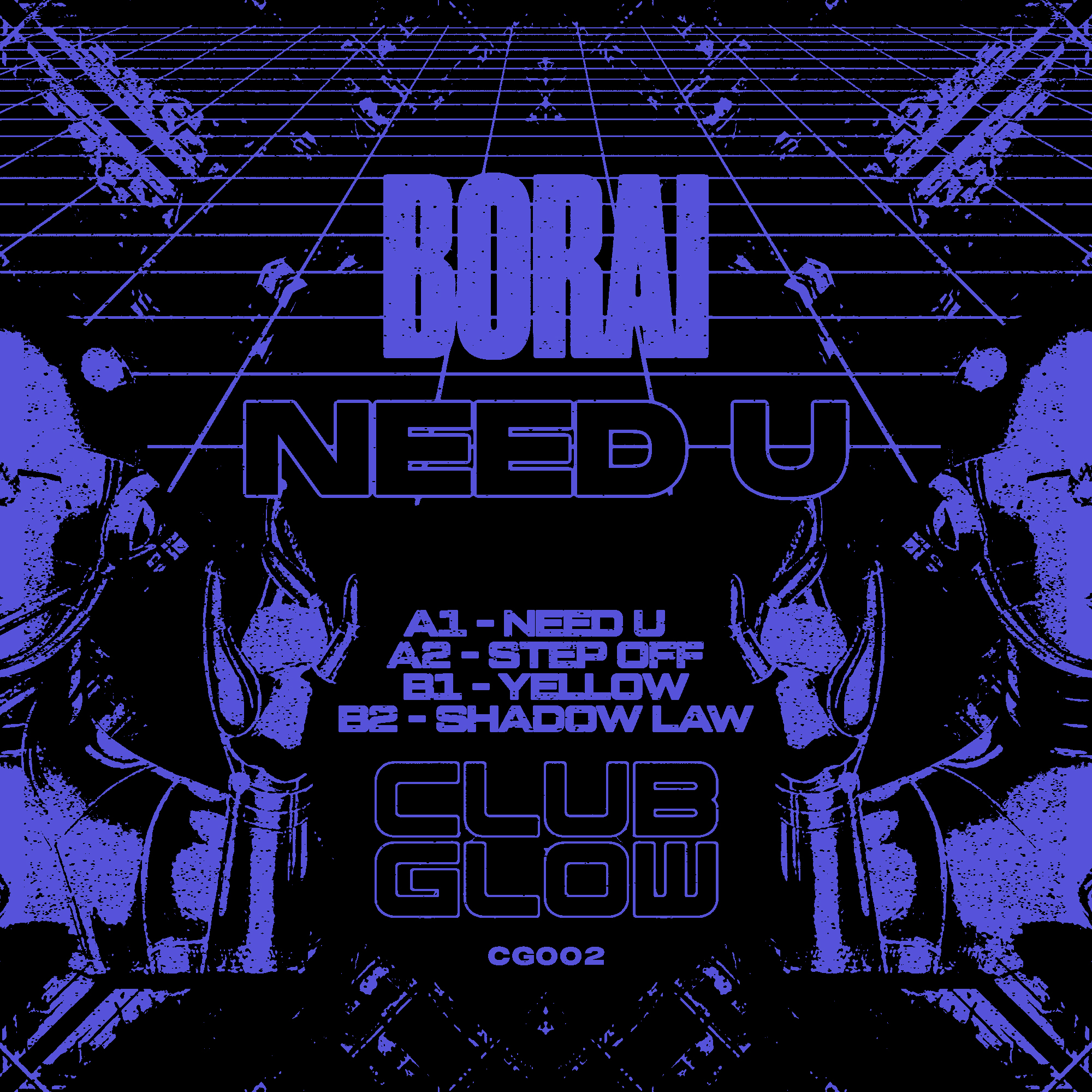 Club Glow return with their second vinyl release, this time from the mighty Borai. Entitled ‘Need U’, the EP will be released this Friday 2nd April and is limited to 300 copies via Bandcamp and very selected physical record stores. The crew have slated it as ‘Borai at his very best. Over the course of four-tracks, Borai leads with euphoria on ‘Need U’ and ‘Step Off’ but as the record flips, we’re taking the faster, darker side to Borai’s productions with the aptly named ‘Shadow Law’ and the 160-tip ‘Yellow’, as premiered here.

The release is a presentation of the next installment for the label and we’re excited to see where they take us next. 2020 was an excellent year for the crew who celebrated their own individual successes, landing on labels such as Lobster Theremin, Hooversound, Cheeky Sneakers, and more as well as Club Glow being nominated as Breakthrough Label in DJ Mag’s Best Of British awards.

‘Need U’ by Borai is out on the 2nd April via Club Glow – pre-order here.