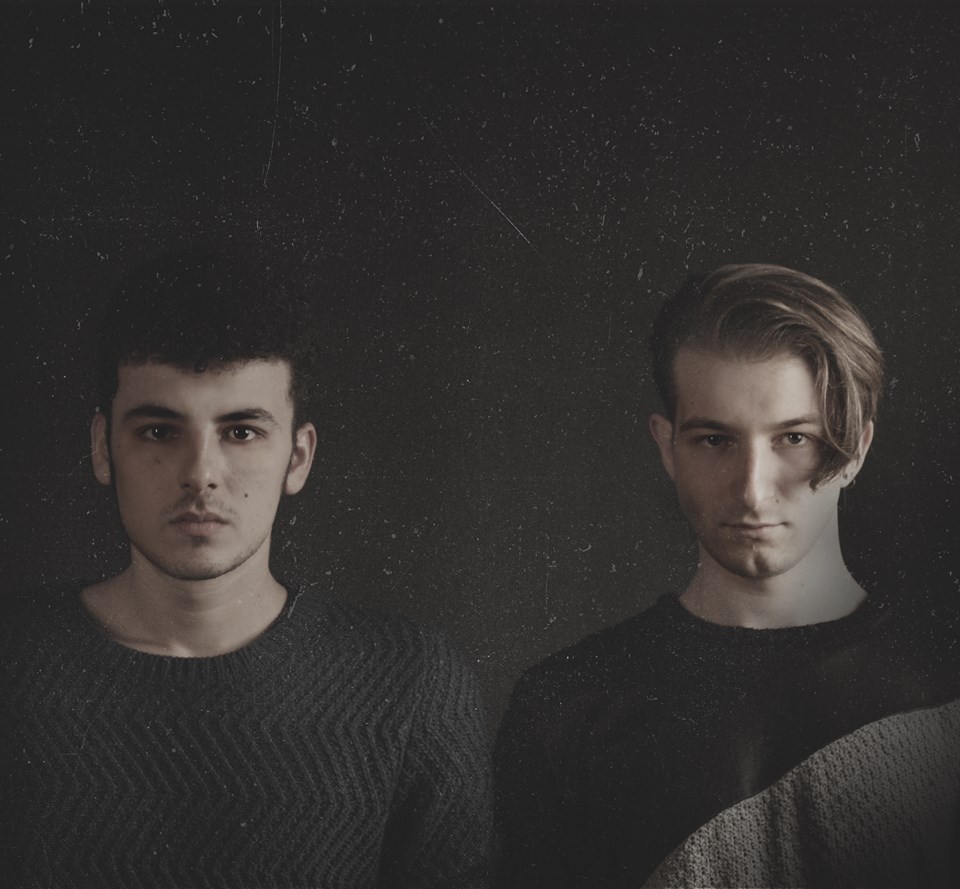 With vinyl having a massive resurgence over the past couple of years, the pressure for artists to create vinyl formats of their releases has increased. As London-based duo MARMO explain, ‘for some pyschological reasons, if something is on vinyl it’s more worthy of attention to electronic music listeners nowadays.’ It’s for this reason, Christian and Marco have decided to start a Kickstarter campagin to fund the 12″ distrubition of their first self-released LP. The duo have been producing together since the age of 16 when they formed a metal band and now they’re supporting the likes of Broken English Club, James Ruskin and Silent Servant with their improvised live sets. We caught up with MARMO to discuss the inspiration and process behind their self-titled album and why they chose to produce it in a small town in Southern Italy.

You’ve been collaborating since the age of 16 originally forming a metal band. How did you first meet and decide to create music together?

The first time we made music together was during high school in Bologna, Italy. Christian and another musician were putting together a band to explore metal music in its countless different shades. As soon as we started jamming and exchanging musical ideas we clicked and continued our journey in musical exploration. Coming from different backgrounds and listening to different music, we kept exchanging our discoveries and inspired each other through them.

What made you both decide to transition into electronic music?

Between our first metal band and the current collaboration, we stopped making music together for a couple of years; Christian moved to Milan then London to pursue his studies of sound engineering and music production, while Marco studied graphic design in Bologna. We approached electronic music independently, Christian through his studies and Marco in a DIY approach to create background music for his guitar pieces on Guitar Pro then Fruity Loops. Through personal research and local music scenes we found ourselves following electronic music artists that were heavily influenced by Black Metal, Drone and Ambient music, something that somehow reminded us of our days in the band. Together with this, we got involved in local techno scenes, a genre in which we got temporarily heavily into. On April 2016 we got invited to an event in Bologna to perform together; that was the first time we got to create electronic music together and, partly because we could not prepare it before (we live in different countries), we improvised it all on stage.

Your debut self-titled album is a completely different world to your metal days – how would you describe the concept behind it?

The concept behind it is quite hard to describe. We must say that we didn’t know what that was about until we found ourselves into the process of making it… literally, while improvising it. Yet, even then, we found it hard to understand what that was all about. We tried to define it through the concept of stepping out of the comfort zone to discover ourselves, which is exactly what we did in order to create it.

Was there a particular moment or perhaps several moments that inspired the concept?

The whole adventure that got us to create the album was a big inspiration. The circumstances in which we found ourselves, days before and during which we produced the album, where marked by great emotional contrasts. We experienced extreme stress as well as sublime feelings being surrounded by outstanding natural beauty. What inspired us was also our isolation in those places, cut away from our respective cities, friends, usual businesses and cultures. The whole process was a great opportunity to focus solely on expressing what we felt deep within ourselves about our experience. 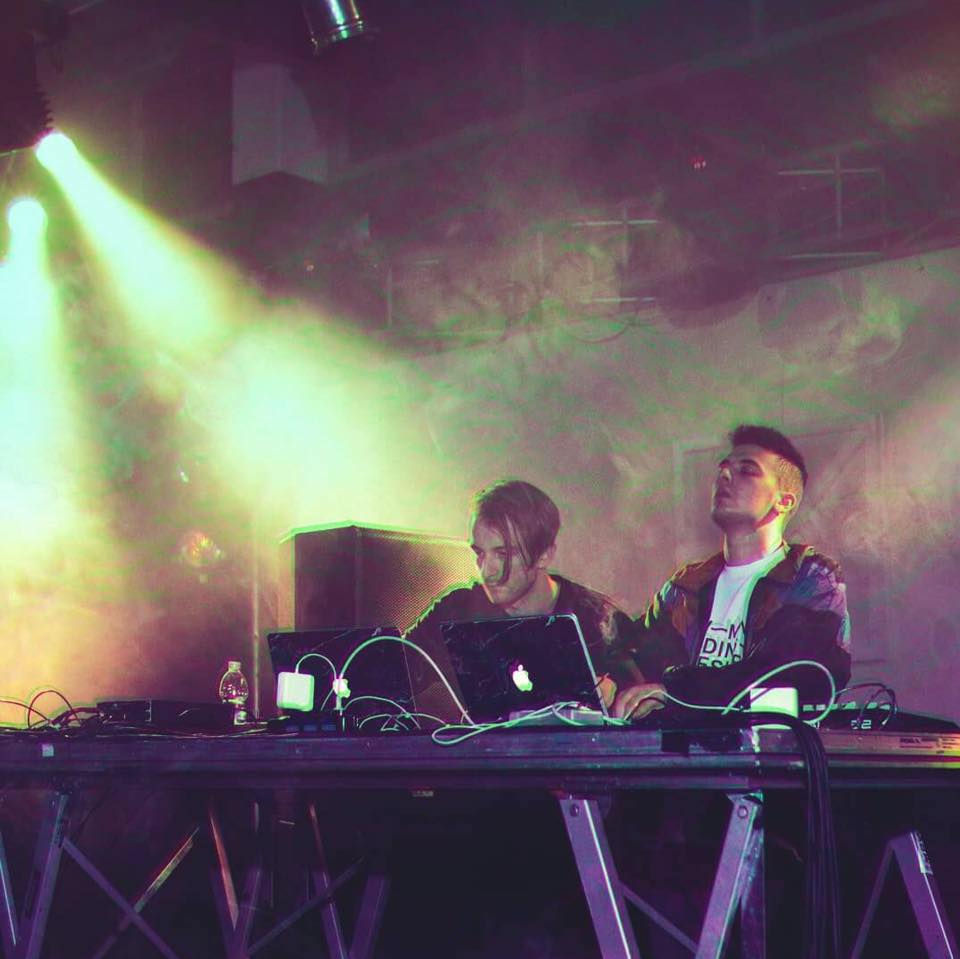 You chose to produce the album in a small town in Southern Italy, why was that important for the creative process?

The choice of the town came after being invited to play a show in Vieste, on the seaside of the Gargano region. We took the opportunity to book a space in a small rural town hidden between the sea, a lake and a huge pine forest. The element of isolation was of great importance, as that gave us the opportunity to focus exclusively on the making process without distractions.

Why did you decide to record hours of improvisation instead of going into the studio with a structure in mind?

We decided to do that because that’s how we have created music every since our first band. We consider ourselves musicians more than composers, and we find that improvisation is the best tool we have to express ourselves. When we improvise we get into a mental state of flow in which thoughts cease to matter, all we are then is the music we make – therefore the music you hear reflects who we are, if that makes sense.

How does this reflect into your live performance?

That’s exactly how we perform live. We approach each and every show by meeting on stage without any prior preparation, jamming from start to finish. As this is what comes more natural to us, we decided that we had to make the album through the same approach.

What was the process like when it came to cutting down all the recordings down to the body of work it is now?

We selected fragments of the original recordings that felt like the beginning and the end of a small story. We then ordered these small stories into the bigger journey that the body of work is now. There wasn’t much thought behind it, just as there aren’t thoughts behind our improvisations.

You’re looking to raise funds to press and distribute the LP – why is it important for you to release the work in vinyl format?

The primary reason is that, to us, it seems that electronic music artists who don’t press their records on vinyls are taken less seriously than those who make digital releases. For some psychological reasons, if something is on vinyl it’s more worthy of attention to electronic music listeners nowadays. A secondary reason is that we liked the idea of having a physical format that we could design with the colours and images that we saw in our adventure in Southern Italy.

The atmosphere of the album feels like it could soundtrack an abstract film or exhibition – is that something you’d be interested in working on in the future?

Yes we are! We have started an audiovisual collaboration called Holistic. This project explores the intuitive use of music, visual arts and symbolism with the aim of representing concepts relevant to present times in relation to the human condition. Marco represents these concepts in the form of a video art and Christian makes the score of them in a live performance without having watched it prior the event. So far Holistic has been performed at the Institute Of Light Cinema (London) and at the Red Gallery (London).

With this only being your first release as an electronic music duo, where do you hope to see MARMO in the future? What are your main goals?

We have released records previously; this would be our first full-length, self-released record. We are currently looking to get our performances to more and more stages, going from clubs to concert halls and auditoriums. We don’t want to limit ourselves in a specific genre – we like to make dance music just as much as we like to make something you can listen to laying on the floor with your eyes closed. We are looking to carry on releasing our work through our own self-titled label and keep exploring our musical identity, which we find is becoming more and more personalised. We have a hard time defining ourselves with a generic musical term, therefore we like to use this meaningless one: Post-Techno.