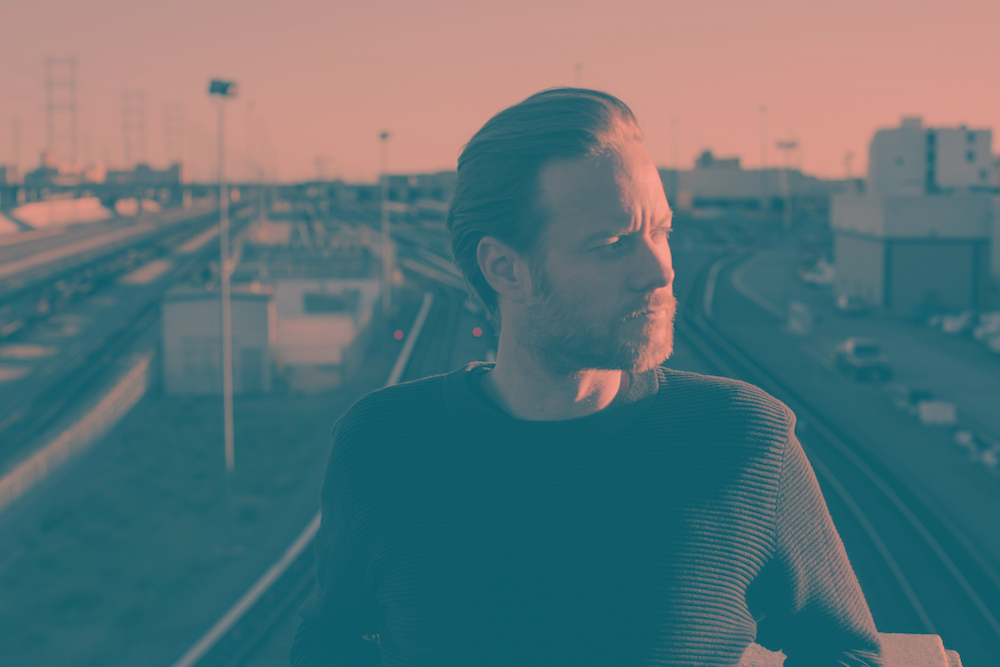 Adam Collins is one of those tastemakers in the industry whose knowledge of music holds no bounds, constantly digging and searching for new sounds. You are often left amazed and bemused as to how he has discovered the artist’s his pushing via his long-standing label Euphoria Records. His story begins in the rock world and transitioned into forming the electronic band Omni A.M. in the 90s alongside Marky Star. Since then, they have been drawing influence from Chicago, South London, and San Fransisco – merging it into their unique style of minimal and micro house. Through Euphoria Records – founded in 1996 – the duo have released music from the likes of Mark Ambrose, Terry Francis, Casey Hogan as well as using it as a platform for their own Omni A.M. productions. The latest contribution to the established imprint is from Maltese figurehead Mato who recently launched the intimate open-air club Mute.

To coincide with the new release, Adam Collins talks us through some of his key influences.

The ultimate afters or comedown song. This song makes me think of dinosaurs and heavy primal fog in a land before time setting. Prehistoric. Every sound, instrument and part in this song is perfect to me. Cabaret Voltaire is my bar none, get as close to this quality as possible. Trippy breaks with painterly use of effects.

Any song that rocks your soul in the first 5 seconds is a winner. Musically super smooth — every transition and noise. The use of dub and delays is perfect. Multiple styles in one song, blurring the lines of genre. Apple juice kiss is bliss. This CD was the summer soundtrack in Chicago just before Omni A.M.

This signified an entry into beat and synth orientated music.

Space, abstract and groove together. Dub is a genre I am hugely influenced by and Lee Scratch Perry is a father to modern dance music. All the instruments fall together for the hook. The push and pull in the arrangement is incredible and Perry is the master at using audio effects as instruments.

Cascading breaks and epic vocals. There’s nothing like FSOL. It’s hard to put into words, just listen. The drums and production are what I was most influenced by and I am always working towards that standard of quality in my own mixes. Also arrangement and big changes, pre-computer days.

Songwriting to the extreme. The vocals take you into the emotion so easily. Listen for the moment at 5:11 when it drops into the essence of the song. So much feeling and grit.

The Many Shades of Cajual mix by Derrick Carter was a definitive soundtrack at the Euphoria Records HQ. A major influence on me, in terms of both track selection and mixing. It’s also the mix where I heard this track Conduction in such a way that really sent it over the top. The first time I was saying to myself, what is this?

Every Perlon release has had a big influence. Perlon, for me, symbolizes taking a chance. Minimal was always my jam in the midst of Chicago House. A massive tune, with the sound of the jets flying through the speakers on the transition. I’m looking for raw grittiness in the songs I play. Hard dance, deep groove — this song has it all for peak set.

The Orb is one of my biggest inspirations as a producer. Today, Loving You is the standout song. The Orb are masters at mixing emotions and vibe. Here they go from ambient dusk to full-on nighttime party. Thick audio layers, the art of sampling, plus each new drum rhythm is dynamic and different than the previous. Ever growing and evolving.

DJ Garth opens the B side of Come Bown Massive mixtape with this song. For me, it’s a San Francisco track, a place, sound and DJs that had a big influence on me.

This song never gets old and words won’t do it justice. Alberto Balsalm is a masterpiece selection from his catalogue. A reminder that you can make music out of anything. Big love for Selected Ambient Works Volume II as well.

Classic jam to close it out, wow so good. An influence then and now.

‘Moving In’ by Mato is out now on Euphoria Records – buy here.