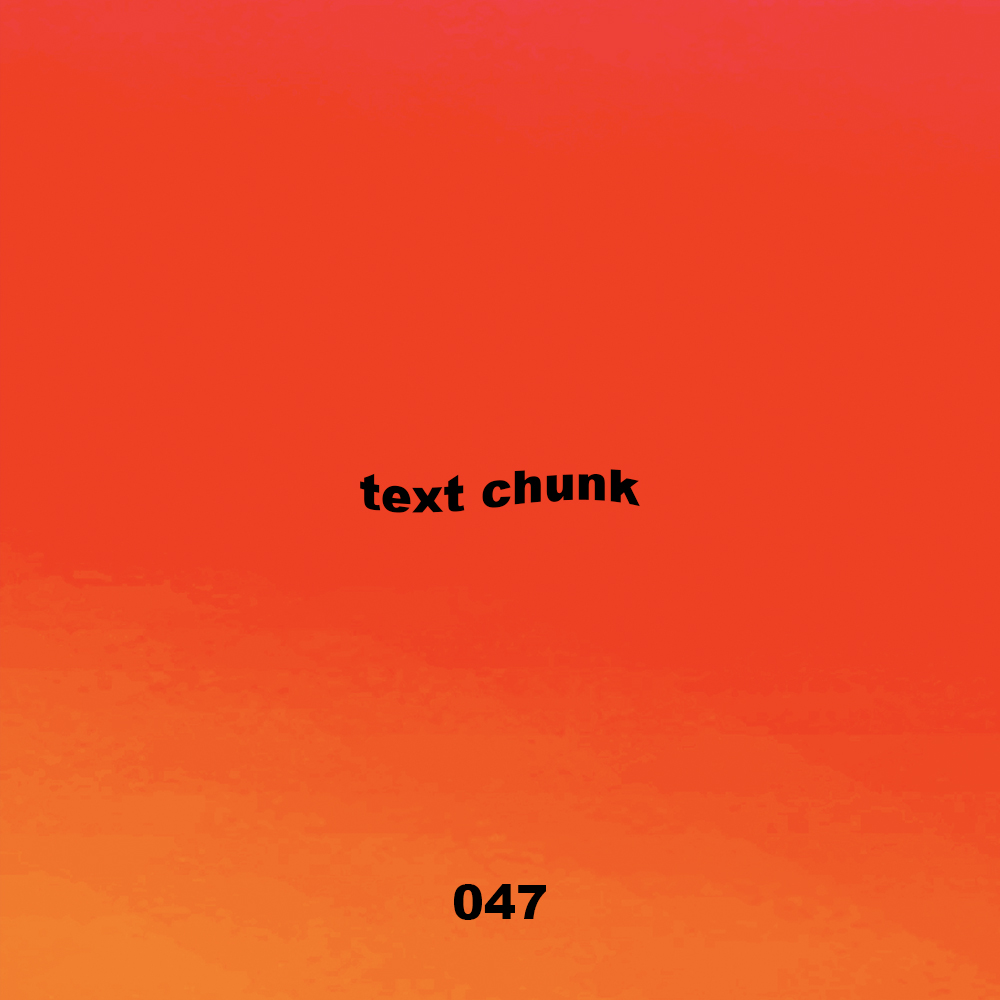 Coming live and direct from across the pond is Canadian producer and mastering engineer Text Chunk.

Based in Edmonton, Text Chunk is the main project from Brandon Smith. In 2016, he co-founded the record label Kudatah alongside Carter Booth and Sven Shappka, putting out music from the likes of Thugwidow, PJS, Yoshimi, Sangam and Information Flash. The label’s sonic aesthetic spans across varying soundscapes including jungle and footwork to deep meditative ambient albums from PJS and Yoshimi and experimental hip hop beats from mysterious producer ‘Fine, I Guess…’

Having previously released on Infinite Drift and Dream Catalogue as well as his Kudatah imprint, earlier this year he teamed up with fellow Canadian producer Hood Joplin for the ‘Bank Account’ LP on Moveltraxx. The project was over 2 years in the making and one of our favourite releases this year so we’re super excited to have him on board for our mix series!