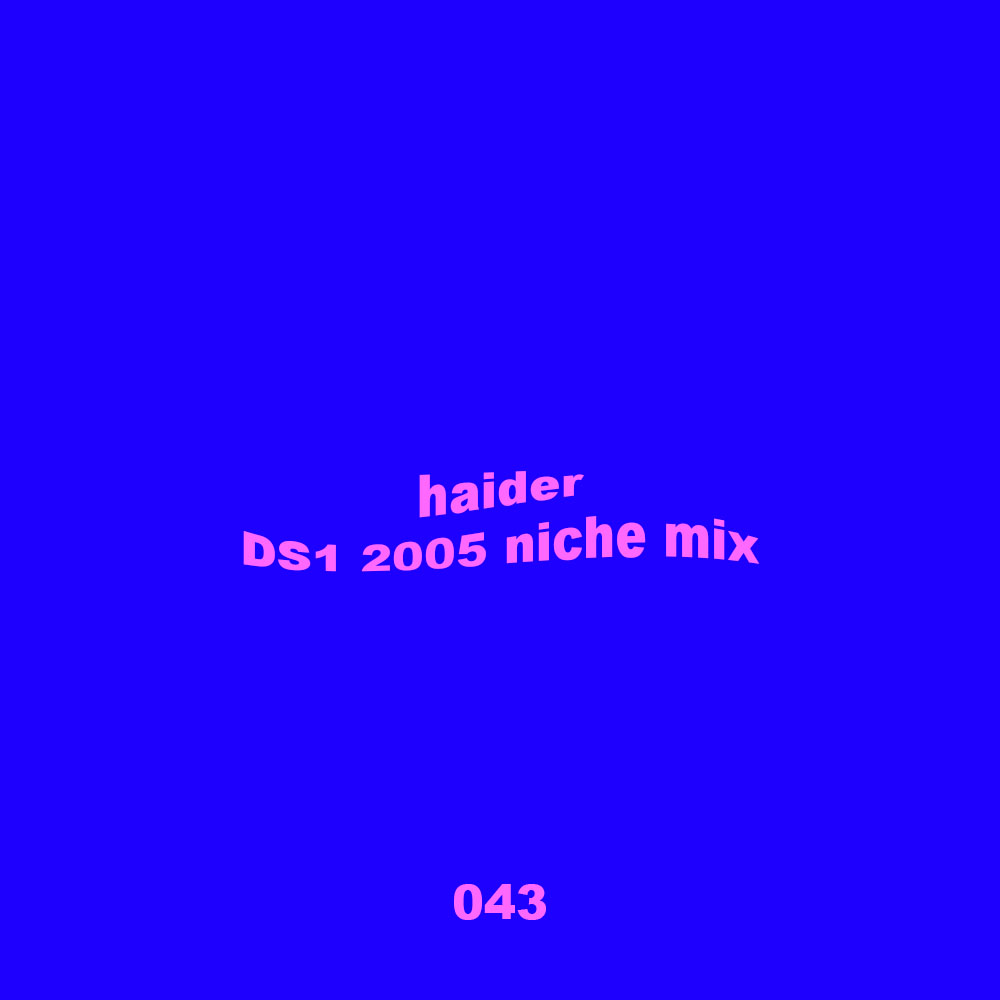 We’re taking it back to the early noughties with the latest mix from Sheffield legend DS1 aka Haider. This historic session channels the energy of Niche, the famed nightclub known for pioneering a very specific sound – bassline. People drove the length of the M1 to party all weekend at this hub of British club culture and the sound soon travelled through parts of the North and the Midlands. With the resident DJs playing hard-to-find B-sides and edits, people were scouring record stores after attending Niche trying to find these tracks and Niche became a sound, shorthand for what would eventually be called bassline.

During this era, DS1 cut his teeth in the scene, learning everything from promoting, DJing and producing. He was pulling together his own version of the Niche mix series and has released several bassline staples under the alias. Search DS1 Niche on Google and you’ll see his name popping up in tracklists of numerous mix compilations.

Reliving the golden days in this mix, Haider says, “So I bought 90% of these records from Studiobeatz in Sheffield in 2005. I would go to Niche pretty much every weekend and spend most of the week in Studiobeatz helping around the shop. It was here my entire music career began as I started DJing B2B with the shop owner Naughty Nick on the internet radio show he did on Basscutz. Shout out to Naughty Nick, DJ Veteran, and Baxter, without these guys who knows if I’d have ever taken this thing seriously.”

‘Endless Clouds’ by Haider will be released on the 31st July via Breaker Breaker – pre-order here.