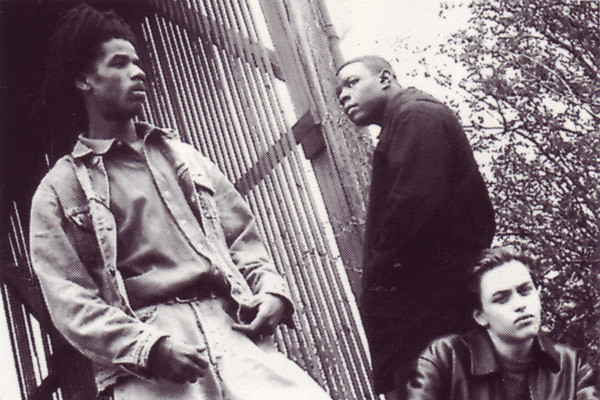 Next in our podcast series is Foul Play – the 90s rave legends who helped pave the way for the transition from hardcore through to jungle and drum & bass.

There are many phases to Foul Play’s story but the founding members were John Morrow, Steve Bradshaw and Steve Gurley who came together as a production outfit after Morrow and Bradshaw (both based in Northampton) invited Gurley (from Milton Keynes) to play at their Oblivion parties – leading to the launch of their Oblivion Records platform.

Their first two releases on Oblivion Records, ‘Foul Play Vol. 1 & 2’ became highly sought after among collectors and truly cemented their reputation in the scene. As they were about to put out Vol. 3, they received a call from Simon Colebrooke who signed them to the Moving Shadow imprint, leaving Oblivion Records behind. The trio put out a one-off record under the 4 Horsemen Of The Apocalypse and a handful under Foul Play Productions before their final output with the founding members, ‘Foul Play Vol. 4’ in 1994.

Whilst they’re productions stand true on their own, the Foul Play guys also become well-known for their remixes, bringing their style to tracks by Omni Trio, Ray Keith, The Shamen, Hyper-On Experience, Bug Khan & The Plastic Jam, DJ Pulse and more.

Over 20 years on there’s still lust for their music with a collection of their early EPs being remastered and reissued on Sneaker Social Club including seminal tracks ‘Dubbing You’, ‘Finest Illusion’ and ‘Ricochet’. And for our podcast series, Foul Play take us back to the 90s with a thrilling masterclass in hardcore, jungle and drum & bass.

‘Origins’ by Foul Play is out on the 22nd May via Sneaker Social Club – pre-order here.