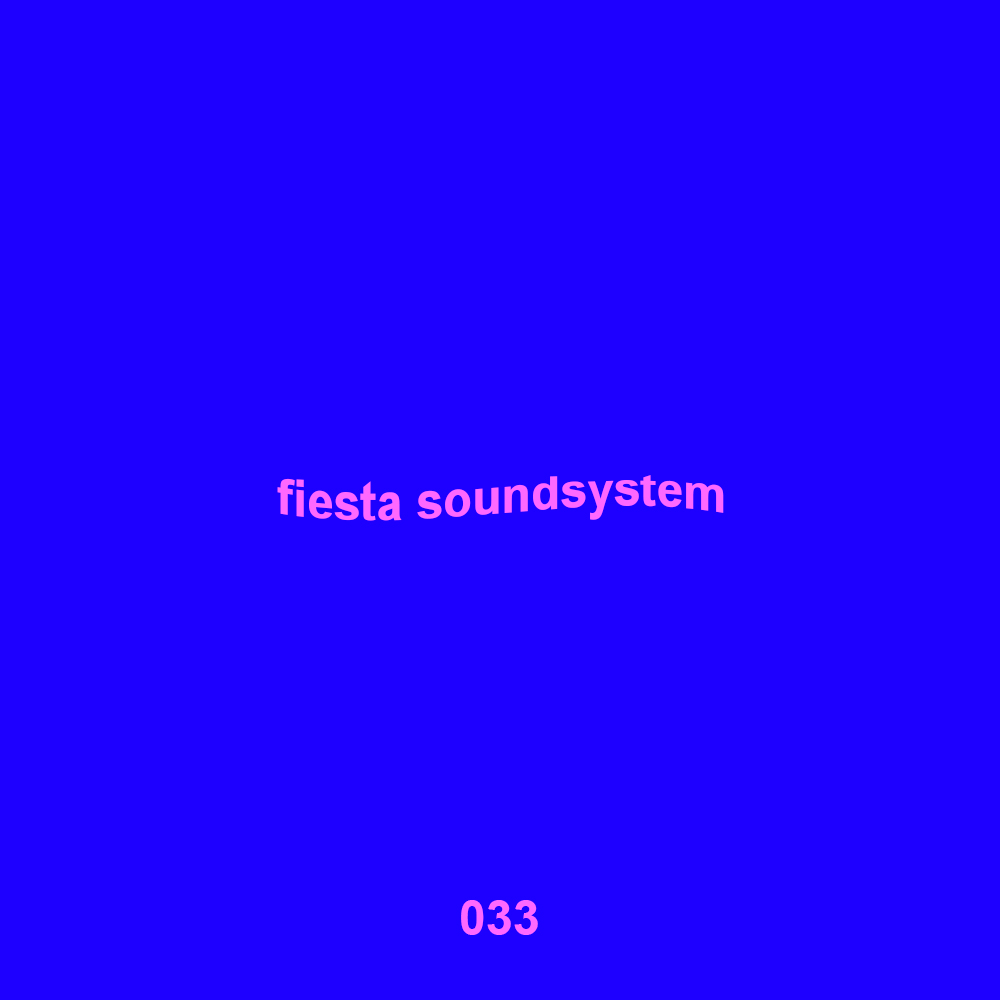 We like to put a focus on new talent and having first discovered Fiesta Soundsystem in a breaks-focused Facebook group, we were drawn in by his debut EP ‘CALL 020-BAIT TUNE’ on Mask Music. With a regular FSSYS Mega Mix radio show on Wales-based station Vandelay, Fiesta Soundsystem focuses on the various different aspects of bass music, mainly seeking inspiration from the hardcore sound and style. Uploading his first track only two years ago, Fiesta Soundsystem has since been supported by Definite Party Material and Hurfyd, contributed tracks to Green House Records and Typeless Records as well as a remix for Edward Parma on Thirty Year Records.

Now contributing the 33rd mix for our podcast series, we get to know Fiesta Soundsystem a bit better from his first introduction to electronic music, key influences and highlight rave moment.

Jack, 23, from Watford, currently residing in North London, makes a variety of music that generally draws from the so-called hardcore continuum.

Probably listening to The Prodigy as a teenager, certain video game soundtracks too even, but it didn’t really click until I was a little older and started going out, as I’m sure its the same for a lot of people my age.

How did you get into DJing and production?

I used to muck around with all sorts of software on my parent’s computer as a kid, but I only started producing music in earnest around age 19, I think in my head I wanted to make grime instrumentals, but my first attempts were all like amen breaks ripped off youtube and cheesy movie samples. I refused to learn to DJ for ages, I think I was put off by the image of the laddy tech house DJ type you get from British universities, people who just want to see their name in lights and don’t really care about the music, but I picked it up this year after significant pressure from certain mates and find it a lot of fun, and its nice to put my own music in context.

I think it is escapism in a way, yeah, I’m pretty often away with the fairies as it is, good music helps with that. Getting lost in your own head.

Who would you say are some of your key influences?

Special request, Source Direct, Photek, DJ Krust, DJ Die, Mumdance, the Ilian Tape guys. I feel like I wear my influences on my sleeve, to be honest, I hardly think there’s any need to pretend like I’m the first person ever to cut up breaks, I just try my best to put my own spin on it.

You’ve just released ‘CALL 020-BAIT-TUNE’ on Mask Music, which is your first official EP, congrats! What’s the story behind the EP and your relationship with the label?

The tracks were all made throughout the latter half of 2018. After receiving some encouragement over them the previous day, I saw a post in a forum from Mask stating they were looking for 140 sounds, I figured I’d send them my demo as I rated their dnb releases, really tunnelling, futuristic, dark stuff. Shaun who runs the label is a really solid down to earth guy who’s easy to work with so it’s been a great relationship so far!

What’s your approach to the FSSYS Mega Mix radio show?

I just try to keep it fresh and have fun with it really, I started out hammering the dub siren in the first show for a bit of a laugh, which quickly evolved into just throwing in odd samples; I did one themed around various sound effects from Age of Empires II, which people seemed to find entertaining, I also enjoyed getting people to send me voice notes of their best evil laugh for a Halloween special. The actual music is hopefully alright too.

On Thursday night in my living room when I thought my flatmate would be out, only for him to return midway through with partner in tow as I was blaring some old school bassline tune pitched up at about +20% (I later re-recorded without that bit due to the look on their faces).

I wanted to do something more condensed and uptempo, I didn’t quite make it down to an hour but oh well, a lot of my own stuff sits in the mid 140s so I started there and worked my way up, obviously featuring hardcore/jungle techno as you might expect but also some weirder stuff I’ve been digging lately.

This one time at a festival I heard someone yell “Alan”, and, seconds later, someone else responded by yelling “Steve”, hilarious!

You can find Fiesta Soundsystem on Soundcloud here and buy his debut EP for Mask Music here.