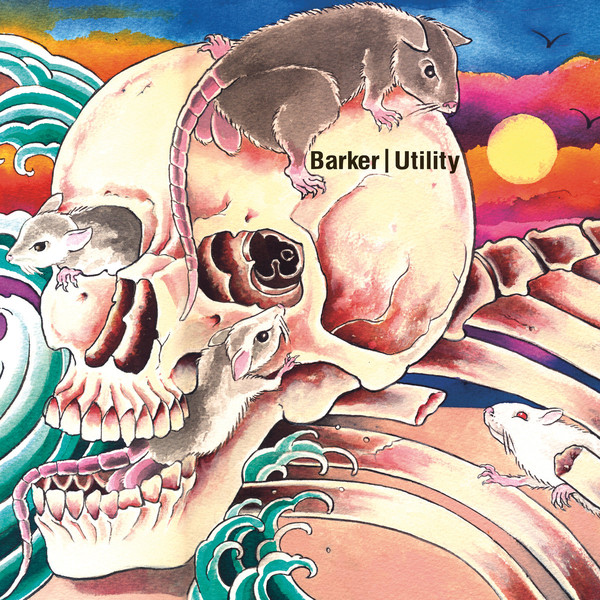 Jellybean – Am I Dreaming?

Summer ain’t over just yet! As the days grow shorter, and the nights get colder, you need to make sure that your happy, glossy house music doesn’t get neglected. I mean, what could possibly cheer you up more than these chords of pure sunshine? I found this song in Spacehall in Berlin of all places. Amongst the overwhelming endlessness of the minimal and techno crates, I found this little gem tucked away just waiting to be plucked. I won’t lie, I only picked it up because the artwork looked cool, but it proved to be a very effective sales technique as I ended up leaving the store with it. This song is shameless in its chirpiness. The chords are so striking and feel juicy with euphoria. The vocals are commanding and catchy, and complement the chords well. I actually deliberated a little bit about whether to include this song here, as my initial reaction was that it wasn’t serious enough (the contender for this spot was the spellbinding Ballad of Nicky McGuire by the Sabres of Paradise) but then I felt that this was precisely why this song should be included.  As the scene gets more and more serious and the acceptable tempos get faster and faster (jungle I’m looking at you) then I want to make sure that there is still a place for music like this. I mean, what else are you gonna play when the sun is shining? Unless there’s a nuclear winter on the horizon, there will be a time and place for this song, and if played at the right time I have every confidence that this will be a dancefloor killaaaa.

Another one found in Berlin (did you know I went to Berlin???) but this time it was heard in a club. The ://aboutblank garden to be precise, at 10:46am (don’t ask…) according to my Shazam, played by the excellent DJ Fart in the Club. When I saw her name I assumed it would be a DJ Bus Replacement Service style gimmick, but she ended up playing a really cool, deep and wonky set jam-packed with electro and 90’s tech house. Perfect afters music and the set of the day for me. This was a highlight. The electro beat is piercing and sharp as a knife, but the hazy breakdown is the real star here. I’m struggling a little bit to describe it with words if I’m honest, yeah you can say it’s hypnotic and shimmering but it’s so much more than that. It is totally unique and I really can’t think of another song to use as an example to compare it to. I absolutely love when the beat turns into a 4×4 as well, as you can really see the energy go up a notch and you can imagine how it would really tear the roof off a party if played right. To all those haters who say that electro is soooooo 2018 (you know who you are) then I would show them this and proceed to give them the Bassman finger. This is unquestionably fraîche.

Before you see it’s DJ Zinc and instantly close this tab, hold on for a second. This is from 1996, before he got shit, it’s jungle and trust me when I say that this song is AMAZING. The atmospherics that start off the song are beyond gorgeous. They almost bubble with euphoria and touch upon being angelic. The breaks are razor sharp and fit perfectly. I much prefer jungle when there is a little more rigidity in the beat composition, and this fits that description, treading a fine line between jungle and drum n bass. This summarises the song generally I think; it manages to be so many different things at once. It is a wicked, intelligent roller; a tearjerking night ender and a big room bass devastator. That is not to mention the weirdly mysterious, twangy bassline. It sounds like something from a Wild West film. Maybe not, but who knows. To sum up this song then, it makes me feel all warm and fuzzy inside when I listen to it, as well as making me want to headbutt someone with those drops. These are two fairly successful components for a good night to me, so this song gets my approval.

This has been one of my most hotly anticipated LPs to come out for a while. I really feel that the Ostgut Ton umbrella is really stepping up its game recently. That may seem absurd, given it’s one of the most well-known labels out there and the label affiliated with the most famous techno club in the world. But it feels over the last couple of years the quality of music across their various labels (including A-Ton and Unterton) really has turned up a notch, and it has blossomed from a fairly generic techno label into something which accommodates every nook and cranny of the electronic music sphere. I’m thinking of Mark’s petrifying, distorted drum n bass, of Virginia’s electrifying vocals, and of course, of Barker’s mystifying, jaw-droppingly beautiful ambient creations. Last year’s Debiasing took everyone by surprise because it was so unique. All four tracks captivated listeners with their tripped out, dreamy compositions, their effortless rhythmic flow and their noticeable lack of a single kickdrum. It was dubbed neo-trance but that’s a rather archaic attempt to pigeon-hole this sound. It feels like the polar opposite of Lorenzo Senni’s twisted, erratic interpretations of trance, where this feels angelic, subtle and more intelligent. The EP received very positive critical acclaim, and this evidently spurred Barker to explore this sound even further and to be even more bold and courageous with it. The result is almost breathtaking. You can tell that the quality of the songs have really taken a step up, and that Barker is far more comfortable in these soundscapes than he was last year. Take this song, Hedonic Treadmill, for example. It feels like a journey, with dips and highs and more patience, progression and depth. Not that his last EP didn’t have these characteristics, but by no means by the same degree. It just feels so captivating, like I can’t afford to miss a single second of it, otherwise the journey is lost on me. It is so intelligent and so devastatingly powerful, it arouses feelings within me that I can’t really work out. Is it nostalgia, or elation, or melancholy or hope? I don’t really know, but what I do know is that the best type of atmospherics play around with your feelings like this as if they were a football. I can certainly say that this has done that to me, so all I can really conclude here is that these atmospherics are as good as you’re going to get.

This may well be the most interesting and complex drum n bass song I’ve heard. There’s so many things to talk about here. Firstly, how vast do those soundscapes at the beginning sound. It’s the little things that stand out with this song, and the very subtle rushing winds sound beneath the bassline and the chords give the song an expansiveness which is really interesting. When the beat kicks in it feels like you’ve waited juuuuust the right time for it. It is one of the most exciting drum patterns I have heard, hard to keep up with at the start but the structure soon becomes obvious and it is really satisfying. The bassline, aforementioned, is supremely underrated here. It gives a warm deepness to the song which makes it perfect for an afters or to round off a night with. Finally, the chords. Oh, the chords. So simple, yet so brilliantly effective. Only 5 bars long, and seemingly erratic, they fit like a glove with the beat patterns and complement the warmth of the bassline exquisitely. Someone on Discogs commented that this was “Possibly the greatest single moment of the “intelligent” drum n’ bass movement.” In a way I hope that he or she is wrong, because it would be sad to know that this might well be the best drum n bass song I ever find. Of course, it’s amazing to know that something this great exists, but then again, it’s all downhill from here… All I know is that I need to hold this song close to me and to treasure it forever. And this is one of those songs which you never really forget, and you never, ever let go of.