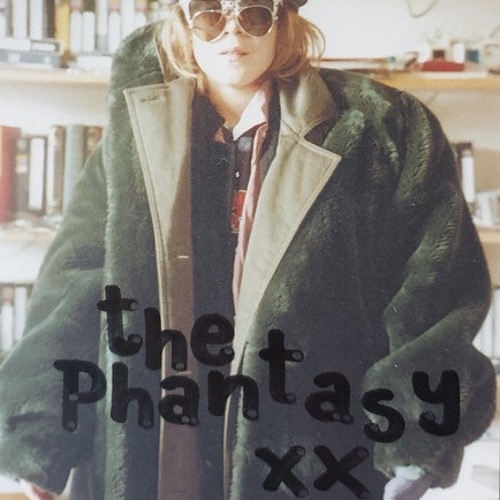 This is an overview of the music that the 909 crew were feeling this month. Not always focused on new releases, it serves as an insight to our musical journeys and the discoveries we make on the way.

It’s been a minute! Back on the tracks of the month hype as we go once more unto the breach and head back into lockdown. Luckily for you I’ve got some amazing songs to brighten up your otherwise dark, lonely and publess weekends… First up, a song I found from our very own mix series, the excellent addition from Nick León, which you can listen to here.

It’s really hard to listen to this and not close your eyes, float away and be transported to this ethereal realm. The drifting, lingering chords give this song that floatiness that is the musical equivalent of taking a deep breath. You feel instantly calmer, more at peace and perhaps more melancholic. I wouldn’t mistake this for euphoria though. There’s definitely an iciness there, a blue exterior that feels like it’s closely guarding something. I think this slips out of the chords and atmospherics through their restraint.

It’s definitely an understated song, there’s nothing hyperbolic or flashy about it, and restraint in theory means that there is something to be restrained. Maybe there’s an underlying emotion that wants to burst out of this song, but it doesn’t. It’s really beautiful stuff, and whether my theory is true or not, regardless it just adds to the intrigue.

I can’t not mention also the fantastic vocal sample that feels like something you’d more likely find in a trap instrumental than a hauntingly beautiful ambient tune, but hey this is why electronic music is what it is. Young Thug and ethereal ambient is a thing, and you better get with the programme.

I can’t remember who said this joke, but a couple of years ago some well-respected Berlin DJ commented that it seemed that everyone who usually padded out their EPs with a token ambient track had all suddenly started replacing that spot with a token electro tune. Definitely cynical, but definitely an element of truth there.

Fast forward to 2020 and this definitely isn’t happening anymore. Electro is no longer vogue and the scene has moved on. There hasn’t been any clubs operating really since March but back then the focus was definitely on jungle, bass music and faster tempos. The question I’ve been asking myself, is what’s going to happen to electro? Is it going to be cast back into the shadows as the more rigid, less cool little cousin of breaks? Will crowds be as receptive to surgical 4x4s and booming 808s as they were when Helena Hauff and DJ Stingray were the hottest DJs in the game? The truth is I don’t know, and I doubt we’ll know for a while as clubs remain shut.

But the one positive about this move away from electro is that there’s much less filler around, and the only people really making electro now are the guys and gals who have been making it all along. When you think of these artists, VC-118A is always one of the names that crops up. I wouldn’t quite say he’s an OG, but he’s definitely respected and his output has always been electro focused. Thus his music is always worth a listen. This is no exception.

This is classic electro but with enough new flavours to make it feel fresh. The crunchiness of the beat is the first thing that jumps out of me. It feels very Skee Mask influenced with that compression, and it sounds great. It’s also quite minimalistic, quite bleepy and quite clearly designed for late nights and early mornings. If I was being critical, I would maybe say the atmospherics are a bit stale; dystopian with no subtlety and a bit samey. But I’m just nitpicking here. If electro is still essential to you, then this new release is essential.

It’s no big secret, but Tame Impala hold a very special place in my heart. They were my Mum’s favourite band, and this has taken on a whole new significance now. It’s taken me a few months to listen to their new album, which was actually released back in February. I guess I wasn’t quite ready to move on from their old albums and, ya know, there was this pandemic which distracted me for a while… I can safely report that the new album has been sloinked many a time by me, and this is by far and away my favourite song.

I had forgotten how much I love a good piano melody, and upon reflection it’s something that hasn’t really been done much in house music in recent years, because quite rightly, it’s been done a million and one times before and it’s hard to make something so familiar sound exciting again. But Kevin Parker has managed it, and maybe it shows that you need to be at his level of musical creation and production to actually have a shot at killing the piano melody now.

I’m quite interested to know whether he’s had any particular influences to lead him in this direction. There’s no doubt he knows his shit, but he’s done 3 albums before this with Tame Impala and I’d never really detected any clear homages to electronic music before now. Whatever his reasons, he’s produced maybe the catchiest little melody I’ve heard this year, and that’s no exaggeration!

I’m kicking myself that I didn’t hear this over the summer because this is perfect music for sunny days. I close my eyes and can almost smell the Adriatic. My favourite part is the break at 2:53, when the piano melody really takes centre stage and everything is allowed to build around it. If your foot doesn’t start tapping when that beat comes back in, then this is the wrong website for you…

Considering the current environment, it would be criminal to not include something new that made you chomp at the bit to be back in the trenches and dancing in hot, heavy and loud confined spaces. And in the quiet words of the Virgin Mary, (Adam Pits -) Come Again?

For me, this ticks every box there is to qualify as a bonafide dancefloor destroyer. The combination of UK bleeps and the ascenting bassline is a great start to the song. The tension builds quite bluntly, but not impatiently. There are no real surprises when the song kicks into gear, not least because of the excellently deployed record spin. The beat is meaty, with enough power and wedginess to blow the cobwebs away from the speakers of clubs across the country.

The structure of the song is generally quite formulaic, with predictable breaks and drops and a fairly consistent theme running through the track. The absence of the beat in the interludes and the introduction of some haunting synths are the biggest fluctuations in the song, but none of this really matters. In fact, it’s actually welcomed. Especially if you’re a DJ, this song is a great tool because there’s no new components jumping out of nowhere that can ruin a blend, and the predictability of the interludes are really helpful for judging when to mix in another track.

This is not to reduce this song to that much despaired category of ‘DJ tool’, but sometimes it’s worth noting that it can be helpful for a song to be easy to mix. If you’re not a DJ none of this will matter, but hopefully whoever you are this song should evoke some pretty strong urges to stomp your feet and put your hands in the air, cause damn, this song is tailor made for DJs to make you do that.

The Phantasy – Put Your Hands Down

For me, this was undoubtedly the biggest news in music in the month of October, but for anyone who doesn’t know what I’m on about, I’ll give a quick summary. Traumprinz, aka Prince of Denmark aka DJ Metatron aka DJ Healer aka Prime Minister of Doom etc etc etc released THREE new records. This was the news that 2020 had been desperately needing, and us mere mortals were treated to 55 new songs, including 20+ from a new LP under his DJ Metatron alias and two new records from The Phantasy, which appears to be closer to his Traumprinz output than anything else. I can report that all of the new music is absolutely sublime.

I honestly really struggled to pick a single song to share with you, as everything is so strong across all three records. I eventually went with this, and it probably reflects my mood more than any specific belief that this is better than any other songs. This song just makes me so happy. The booming 4×4 beat, the Floorplan-esque organ melody, the glossy female vocal before the drop. It even has your trademark Traumprinz soaring synths in the background. It’s pure feelgood house. Nothing melancholic or wistful like his Metatron stuff. No tearjerkers or serotonin-suckers like his Traumprinz bits. It’s just really solid, well-produced house music, that feels like it couldn’t have been made by anyone else but him.

The interlude at 2 minutes is just so joyful I can’t help but pinpoint it as a bit of the song you need to listen to, and the whole song exudes such positive energy and driving optimism. It’s music that this world needs right now. It’s a crying shame that this can’t be shared collectively in a club environment, and this can either transport you to the dancefloor or make you miss it more than ever. That’s the dice you roll with this one, but when it’s the Prinz you’re dealing with, you’d be a fool to not go all in.