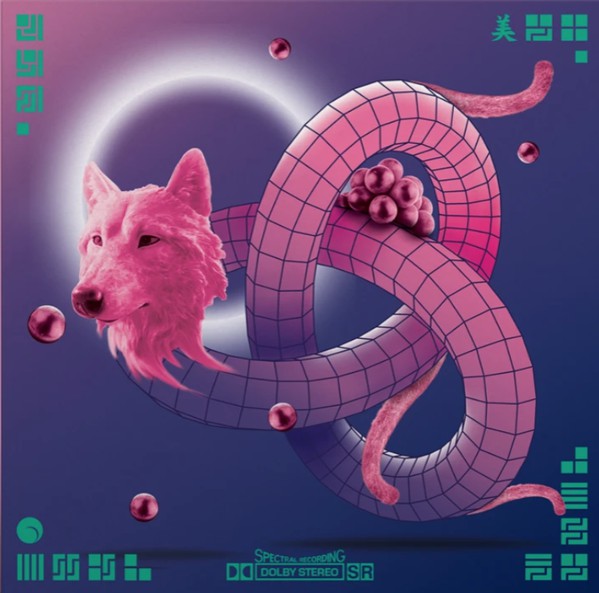 This is an overview of the music that the 909 crew are feeling this month. Not exclusively focused on new releases, it serves as an insight into our musical journeys and the discoveries we make on the way.

Do I get bonus points for featuring something that technically hasn’t even been released yet?? I’ve been tracking this compilation for most of this year like a puma stalks its prey. Ever since its conception was announced I knew it was an instant buy before I’d listened to anything inside of it. Music From Memory releasing an ambient album within the house/techno stratosphere? Say no more.

I’ve resisted listening to the majority of the album, just so I have something to look forward to when the record arrives, but obviously, I couldn’t stop myself from dipping my toe in once or twice. One of the songs included has actually featured on this website before, as way back in February 2019 – back in the glory days when months were unremarkable and precedented – we wrote a love letter to A Positive Life – The Calling (LoveDub Remix).  I can’t say this song is as good as that, but it gives it a good damn go.

My first impression listening to this was that it felt like it needed to be accompanied by this meme: 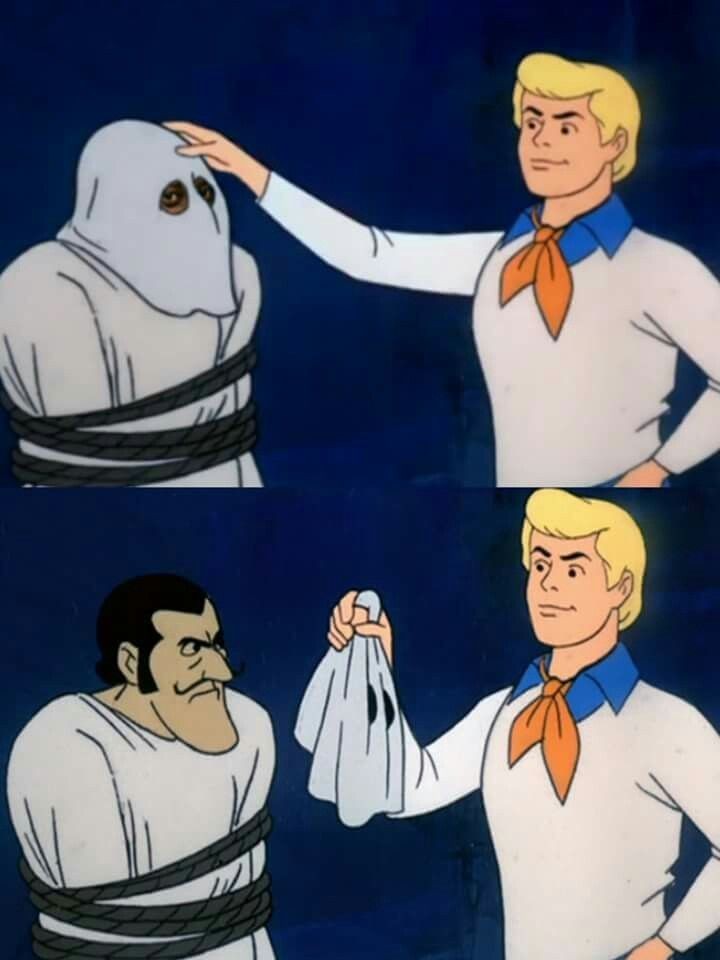 Now all you need to do is edit it to put Matt and Andy from Bicep’s face on the masked reveal! I mean this sounds more like Bicep than Bicep. Pleasant four-chord atmospherics? Check. Tortured vocal sample? Check. All you’d need to do is stick a breakbeat on it and you’ll be selling out Printworks in no time!

All jokes aside, and with the greatest of respect to Bicep, it’s no secret that they use 90’s ambient techno as the fertile ground for their musical inspiration. But hey, everyone’s at it nowadays and as they say, the good borrow, but the best steal. On the same release as this, back in 1994 (and its original release), there’s a certain track by Avalon called Frontier. Three guesses which Avalon Emerson song heavily samples it…

I like how this song is structured much like a normal 4×4 track. It’s more downtempo than ambient because it definitely has a beat with it. But it’s relaxing enough to listen before bed, while also engaging enough to be good background music while you work, play, or even write music reviews for an online music magazine. You’d be surprised how difficult it can be to write about songs that make you want to put holes through walls because they’re so banging, so it’s a welcome release to listen to something as pleasant as this. Rest assured though, the pleasantness ends here, and it’s straight fuego from here on out.

It must be quite hard these days to make something truly unique. Electronic music’s scope is so broad and has so much depth that the pure mathematics to make something original is microscopically small. But, I can’t help but listen to this and think that I’ve never quite heard anything like it.

I mean sure, the individual components are nothing new. The stabby chords are full of drama, intensity and nostalgia, but they’re not much different from what you’d hear on B sides from glossy 80’s popstars. The wonky, digitally, vocal sample at the end is really cool and adds a nice layer to the song, but again, nothing huuuugely new. Definitely sounds really similar to the vocal samples on songs such as Mood ii Swing’s Flame (see 1:13). But that other vocal sample though in this song, the one that comes in for the first time at around the minute mark. I can say with some confidence that I have NEVER heard anything like that.

It took me quite a while to try and succinctly define what it sounds like. My best shot was that it’s a mix between the Cookie Monster on acid and a character from the Mighty Boosh who got edited out by the BBC for being too off-piste. Don’t agree? Complain to Ofcom. What I definitely will not be complaining about, however, is whenever anyone puts this on at a party or basically anywhere. This song is delightfully bonkers.

If anything else, you can’t deny that the artwork for this one is pretty cool isn’t it? With stuff like this, it’s best not to ask questions about what it’s trying to signify. And if you did, it’s not like I’m the guy to ask anyway. I’m just the messenger. And my message today is that this song is absolutely wicked.

My initial impressions is that I’m impressed by the song’s patience. Coming in at way over 8 minutes, the song really has a chance to breathe. Everything’s allowed to build slowly, and the acid lines bubble along nicely at a lukewarm temperature. Cynics would say it’s a bit boring, but everything makes sense after the breakdown at about 4 minutes.

At that interlude, the bassline starts vividly throbbing. The acid lines divert and become mesmerisingly complex, and chords shimmer in and out of the song like shooting stars. Everything feels suitably cosmic, and this is perfect music for dancing under the heavens. The sharp listeners amongst you will also notice that the beat changes after the breakdown, moving from urgent electro to restless house. The beat is a bit of a juxtaposition throughout compared to the other song’s components. Urgent and restless are hardly adjectives synonymous with patience are they? This is why this song works so well, because of the balance that these individual pieces provide.

For me, songs like these are vital for continuity in a DJ set. Those moments to exhale, to reset the mood of the room and to rebuild are great ways to help the ebb and flow of a set. More importantly, it provides you with the foundation to play a juggernaut of a track next and it will sound even more monstrous following this. Speaking of monsters, check out the song below.

This is the only song this time around that hasn’t been released this month! Even though it’s not new, I doubt it’s that well known so hopefully it’s new for someone. This is a very nostalgic one for me, and one that I have returned to after a few years of neglect. I heard this song at the first rave I ever went to, when I was a little bubba of 18 and still in 6th form. Electric Brixton. Secretsundaze showcase. Nina Kraviz, Mike Huckaby, Anthony Naples and A Guy Called Gerald. Not a bad choice for a first rave eh?

As much as I’d like to take the glory, I have to give DJ Paramedic the credit for choosing that one, as he was about 2 years in front of me in his raving experience. Considering my next proper rave was Hannah Wants at uni, it’s safe to say I fall back on this anecdote a lot more regularly than referencing Hannah Wants… sorry I meant Chris Lorenzo…

This song screams big room. I mean, listen to how monstrous (I did promise you monsters remember?) that bassline is, how infectious its groove is and tell me it’s not destined for the Amnesia terrace or the Printworks main room. Despite being so bassline driven, the song has far too much soul and sex appeal to really be called tech house. Especially when that glitchy whirr of a melody kicks in, the song sounds very European to me, almost French. Likewise, there’s also a strong argument that you can compartmentalise this into the 90’s New York house sound, so the track is versatile and a bit of a house chameleon.

Given that Trouble Men are from Texas, and therefore neither from France or New York, suggests that the real answer is that this song can be defined within either of them. But both of these sub genres are hugely respected and influential, so this all a roundabout way of saying that this song is an ice cold killa. This has been slept on for 15 years and it ain’t tired anymore.

I wish I could say I was so on the ball that I spotted this release from the moment it came out. But I actually heard it on CCL’s excellent Juanita’s mix and had to practically beg them for an ID. Many thanks to CCL for sorting me out!

What a trip this is. I actually at first thought it was a super-slowed version of some IDM track – hence my pessimism about being able to Shazam it – but I’m delighted to be mistaken. This song feels like it was made with so much love. The emotions on display are bold and pretty conspicuous. Those chords are bursting with hyperbolic optimism and shimmering joy. In times like these, that shit’s my medicine. The beat is also razor-sharp and the song is very well produced – like all good IDM.

The breakdown here is absolutely superb. The piano chords. The violins. The vocal samples. Ahhh!!! It could all be so naff and corny, but somehow it just isn’t. It’s delicate whilst simultaneously being heart on your sleeve. The drop is glorifying and the song fades away really beautifully. If I’m being honest, I’m not a huge fan of the incessant ‘yeah’ vocal snippets during the latter half of the song, but you can’t have everything. It’s not that often that a song makes me write words this soppy, but give it one listen and you’ll know exactly what I’m talking about.