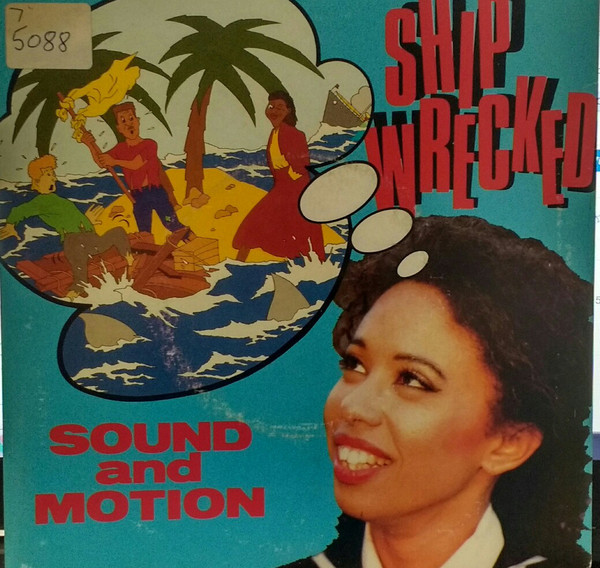 This has probably been the song I’ve had on rotation the most this month. I’m don’t usually listen to much minimal or dub techno, but when I stumble across something good its always well received. Sometimes I wish I had the collection to play a whole set of this kind of stuff, but the miminal scene has such an intimidatingly large amount of music that sometimes it feels like a waste of time if I’m only going to scratch the surface of it. I remember in Spacehall there was like 15 or 20 crates full of it, and had quite a lot more there than they did techno. Considering you think yourself to know a shit load of techno, and being in a city largely seen as the global techno nirvana, and then seeing that in in the most celebrated record shop in the city there was more minimal to discover than techno, it was honestly a bit overwhelming and I didn’t even go near that area. I guess if you’re a professional DJ its worth investing that much time and effort, but, at the same time, that is their job to be fair. Regardless, it seems like once in a blue moon that a minimal track creeps into my recently added but if there’s more stuff like this out there, then I’m hooked. This is super deep and dubby, with an effortlessly cool atmosphere and a flow so sticky you can’t help but to cling onto it. I like how it hits the sweet spot between minimal and dub, keeping the bounciness of house but with a very techno rigidity. It sounds amazing as well, and I know that there are so many soundsystems around Europe where this music shines brightest, especially in London and Berlin. Guess I might need to jump down the minimal wormhole after all.

Taking you all the way back to 1993 with this one. I really like the intimacy of this song. The spine-tingling vocal almost feels like it is being whispered into your ear, and only to you. The synths are lingering, wistful and heavy with melancholy. Considering this is loosely a ‘trance’ song it completely avoids being cheesy and its emotions are conveyed strongly, but subtly. It feels a lot more intelligent and focused, with the focus being on the narrative rather than any particular musical moment within the song. I think it is so enrapturing, especially when the strings and vocal combine to provide shudders of dancefloor ecstasy. I can imagine playing this really deep in the rave to provide some mystery and delicacy within a set. I haven’t had the chance to play this out yet but I really want to. When DJ Paramedic and I closed Corsica Studios last month I was really keen to play this, as it was the perfect time (circa 5am) to play it and the dancefloor seemed loose and engaged enough to appreciate it. However, unfortunately my esteemed colleague decided to ramp up the tempo to 160bpm at 5am on the dot so we could play some jungle. Alas, this song never got the chance to be played. So now, if you ever hear me play it, you will know that I am getting a hell of a kick out of playing it because there won’t be that many opportunities to play something like this and get away with it.

The fact that two Madonna songs have made it on here over the past few months could be enough to make you question my music taste, but I promise I’m not even taking the piss with this. Am I the only person that thinks that this slaps insanely hard? I’ve been eagerly showing it to everyone I know trying to get a seal of approval from friends I trust, but I have been generally greeted by incredulity. The strings are a bit dramatic and the vocal is naff, but people want drama in their club music, and this provides that in volumes. The strings and vocal complement perfectly, and create an arousing build up that is rewarded by a satisfying drop with enough oomph to work within a club, and is ripe to be blended with something even harder to create some pandemonium. I like to think that I’m rarely wrong with my curveballs. I think that if this didn’t have Madonna’s name attached to it and if it wasn’t a Bond song, then this would widely be seen as an ahead-of-its-time electro slammer. Considering this is pop music, it sounds light years ahead of what was around in 2004, and this could be a reason why this song was generally ridiculed. But I respectfully disagree and think if played right it would absolutely bang. There’s only one way to test this out, and that is to play it out to a crowd to see their reaction. Watch this space… aaaand yeah it absolutely slayed the Cause and caused much whooping and cheering, so I am most certainly right.

The weather is dreary, everyone’s got a cold and life just definitely isn’t as fun as it was in the summer, is it? The only real remedy to counteract this is to listen to some Dekmantel sets and pretend that you are in the Amsterdamse Bos listening to the latest and greatest in electronic music. They really treated us this year by uploading Palms Trax’s majestic closing set, the first time they have posted a Main Stage closing. I didn’t go to Dekmantel this year, but after listening to this I ache in my loins to have been there, dancing to this magical set. This song was the highlight for me. Such shiny, positive chord progressions! Such a fantastic voice the singer has! Such a catchy and joyful chorus! I’m sorry, but I can listen to the hardest techno, the most euphoric breaks and the most surgical electro, but there is nothing that can match music like this when you need a serotonin boost. I’m writing to this now, listening to this with the biggest, most silly grin on my face. As soon as I heard this song during Palms’ set I stuck it straight here. Sometimes you hear a song and it makes you so happy because you know straight away that this is going to play a role in creating happiness for the rest of your life. I’ve got that feeling right now, and man I feel warm and fuzzy.

DJrum is one of the most excellent purveyors of electronic music at the outermost tempos. We saw a glimpse of the direction of travel that he was pursuing on last year’s album of the year contender Portrait with Firewood, with Showreel Pt 3 offering a totally new genre – ambient gabber. His new EP shows that this sound is here to stay, and I totally dig it. The atmospherics are dripping with coolness and tension, and the key here is to listen to the entire intro. When the ridiculously fast beat comes in, it doesn’t seem nearly as silly when you have bought into the concept and listened to the song in its entirety. Of course, with music this fast it is very difficult for it to not sound stupid, but I think he manages it here. It’s definitely not one to listen to too loudly on the tube or at work, because it will most certainly cause some concerned glances in your direction, with a few sighs and shakes of the head because it is that uncouth to listen to such corrupting music in a public place. But pay no attention to them, because this is awesome. There is renewed interest in gabber floating about at the moment, with the likes of Gabber Eleganza being super popular and DJs such as Job Jobse and Ki-Ki playing it out, but there is a fear that this is a largely gimmicky and superficial interest – at least from my point of view anyway. This is a song that forces you to take the genre seriously and allows you to consider gabber as a new type of sound to pursue in sets, especially as club music is getting faster and faster these days.