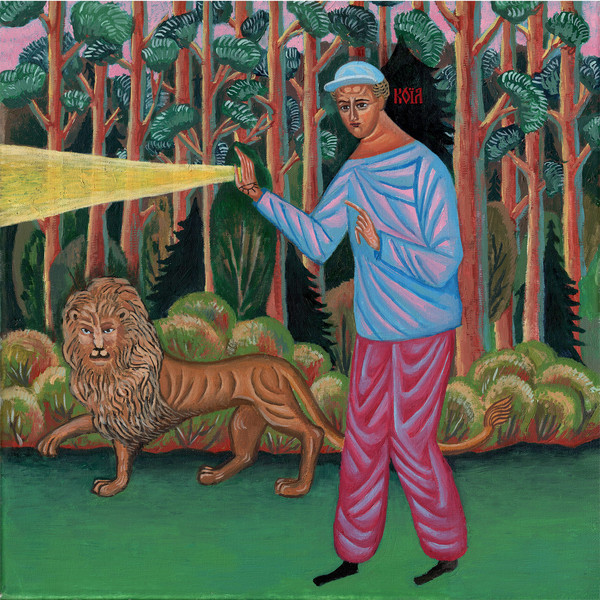 This is an overview of the music that the 909 crew were feeling this month. Not focused on new releases, it serves as an insight to our musical journeys and the discoveries we make on the way.

I have to admit that I am a big fan of Lorenzo Senni. He has pioneered a deeply original sound, which deconstructed and reinterpreted a genre that has been traditionally dismissed as too tacky, and I view him as at least partially responsible for the pseudo-renaissance that trance has enjoyed in recent years.

Lorenzo releases his music on Warp Records and counts DJ Stingray as one of his biggest fans, which is a big enough deal to command respect in my opinion. But there is no denying that his sound is one that divides opinion. There are plenty of my friends whose music taste I greatly respect – yet can’t stand Lorenzo Senni. Equally, I’ve seen him perform in a club and he was genuinely booed, as the lack of kickdrums and his form of skittish, tortured trance was not particularly well-received by the crowd of students hungry for the doof.

His new album will not do much to alter these people’s opinions of him. Most of the songs are an eruption of hypomanic energy, with chords so bright they glow in the dark and its videogame nostalgia almost cloying. But not every song is like that. This song Canone Infinito might just be the exception, and therefore might just be the song to change perceptions of Lorenzo Senni.

The same interpretation of progressive trance melodies are there, but this feels far more restrained and less cartoonish. It is an ocean away from his breakthrough hit The Shape of Trance to Come in terms of maturity and patience. The eye-wateringly sharp stabs of chords have been replaced by lingering melodies and hazy atmospherics, and it sounds fantastic.

To me, it shows how broad the range of his artistic vision is, and is the sign of an artist a lot more comfortable in these environments as before, similar to what I saw with Barker and the musical developments he made on his recent album Utility on Ostgut Ton.

This is a departure from his songs that poke you in the eye they’re so in your face, and has been replaced by complex, beautifully layered melodies that are as gorgeous as the setting sun. So, if you are one of the unconverted that has previously been put off by his output, I have but one thing to say to you: We Need To Talk About Lorenzo.

Whoosh! – Sometimes (Out of Body Mix)

This is my designated ‘opening track’ for the forseeable future. Granted, there are no clubs which will have me to play (what’s new…) because we’re still stuck in lockdown, but I’m fairly sure that I still won’t be bored of this song whenever we’re eventually allowed back out.

The opening two minutes are a journey! The amount of things going on makes the experience quite disorientating. The two vocals and the shimmer of what I can only imagine is meant to be a dreamcatcher is wicked. It’s effective because it allows the eight bar melody to subtly rise out of the mayhem and offer the first semblance of cohesion within the song. The chord line is really solid. It has that unquantifiable deepness to it, yet somehow feels suitable for the Ibizan terraces with its catchy repetition and stirring optimism.

My favourite part of the song though is when the bassline comes in just before the drop. It comes out of absolutely nowhere, and further disorientates you. It is an aggressive, dominating bassline and I can imagine it would be pretty intimidating if played on a monster soundsystem, which is just the effect I’m hoping for. Another indirect effect is that it makes the subsequent drop feel almost understated, which is good because it allows the momentum to rebuild once the beat comes in.

The song gradually becomes quite an expansive, almost trancey roller, with great vocals and rising energy which further adds to its effectiveness as an opening song. It would be perfect for one of those sets where you want to distinguish yourself from the previous DJ, but don’t want to allow the energy of the room to dip too much. I’ve definitely had it where a long beatless intro is almost too risky to play because you don’t want the crowd to see it as an opportunity to go and have a fag. This song solves that problem; it has suitable energy to maintain and build the room and it has an intro which sets the scene, but doesn’t drag on for too long. It’s like a palette cleanser, ridding the atmosphere of whatever came before it, and artfully offering a new base to take off from.

So there you go. This is the musical equivalent of a sorbet. You heard it here first.

How about this package for a work of art, eh? One of the best albums of the year so far and artwork so good it should belong at the Uffizi. I cannot quite believe I have stumbled across this song. It’s literally just what I’ve been looking for, and hell I’ve been looking for a while.

This is about as obscure as they come. It’s by an artist I’ve never heard of, it was released from a boutique Russian label I’ve never heard of, with a string of releases from people, yep you’ve guessed it, I’ve never heard of. I’m not ashamed to say I shazamed this tune from uber-digger John Gomez’ recent NTS set, because realistically there is a laughably slim chance at me ever finding something like this naturally. But it doesn’t matter where I found it. What matters now is I’ve got it, and I’m going to use this weapon every chance I’ve got.

This song is an absolutely sublime example of how to expertly build tension. It’s all about the percussion. The tempo is super slick and chuggy, slowly bubbling away and gradually increasing in momentum. It doesn’t really build to some massive crescendo, and the peak of the song is actually pretty reserved in that it’s just a beat joining in underneath the percussion. But it has the perfect effect of lifting this song out of the headbop and into the full body bop.

Don’t lie to me. You’re listening to this and it has infected your entire body; your head, your toes, your shoulders, your hips. They’re all bopping, I know it. I know, because my body is doing the exact same. That’s why this song is so good, possibly the best I found in the month of May.

I’ve been looking for warm-up music like this for a long time. It is music that is as inviting as the warm crackle of a fire. But make no mistake, this invitation is a deceptive facade, because the floating sitar chords and percussive workout will eat away at you until you can’t help but bop along. If you can find the song that can turn people from standing to dancing, then you’ve cracked the warm up slot. I think I may have just found a cheat card.

Man there’s some cool music being released at the moment! It’s unlike me to have so much actual new music in this feature, but the amount of quality stuff that’s coming out at the moment is forcing me to prioritise it over the other shite I listen to. This is so new it’s barely two weeks old, but has already made a massive impression on me.

There’s actually a lot of similarities between this song and the Koyil tune above. Sitar ✔️, low BPM chug monster ✔️, super cool atmospherics ✔️ I don’t know what the hype is with sitars at the moment, but I’m totally here for it. There’s not a lot else to say about this song. It’s quite short and fairly simple in its components and progression, but I am slowly falling in love with its silkiness and effortless groove that permeates from that meditative beat.

Not everything has to be examined and analysed, and maybe I should just allow the wordcount and let this song just breathe… Sorry, one last thing: is Malaga Trancehall the coolest song title of 2020? Try and name something better… I’ll wait.

Cor, if African Drugs are this good, then boy I want more of where that came from!

I can see why they called this African Drug because it’s an absolute trip. One minute of the song is completely different from the last. The song starts with those luscious opening synths, bursting with happiness and pulsating with life – birdsong and all. The four bar melody that comes in is very sweet and intimate, and combined with the rhythmic tribal chant it creates a uniquely appeasing atmosphere. But that doesn’t last for long, as the melody disappears and is replaced by a wicked breakbeat breakdown, breaking down the original atmosphere and building something completely new.

But don’t worry, these atmospherics are not lost. The luscious synths come back, as does the melody and the tribal chant. Everything that is teased at the beginning is brought back, piece by piece, dragging you into the trip a little bit deeper each time. By the time everything reaches its crescendo, you hardly notice that the breakbeats are replaced by a solid 4×4 kickdrum, and the song transforms into a euphoric tribal house banger. It’s really quite the spectacle when everything kicks off at the same time. But there is beauty within the madness.

This is one of the most satisfying and complete pieces of dance music I have heard this month, and it manages to be completely and utterly bonkers without being alienating or off-putting… Bonkers but not off-putting, maybe that’s what they’ll write on my gravestone?