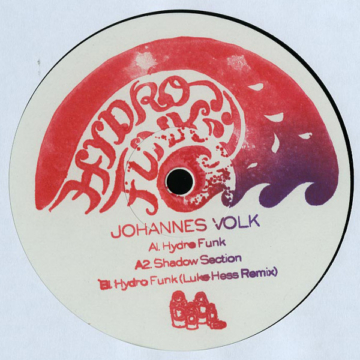 Not gonna get any cool points for putting a Daft Punk tune in here, but I’ve not been able to stop listening to this song for the past month. It’s quite a departure from their usual brand of commercially friendly electronica, and instead is a rather formulaic house song. However, this is by no means a criticism. I love the melody that encompasses the song, it is very simple and cosmic-tinged; and is full of hope and longing. The acid twangs that infect the song about halfway through really help drive the song through its progression, and when the melody kicks up an octave into its crescendo it is pure euphoria. Don’t be put off by the fact that they’re a dance super group, and that they released a disappointment as titanic as Random Access Memories. This song is a panacea to that disillusionment, believe me.

Absolutely loving this dark, new age ambient stuff at the moment; and this is the best one I’ve found over the past month. Proper Blade Runner vibes on this one, with the perfect balance between twisted, futurist electronix and delicate and mysterious strings. The song then kinda transitions into a cool, slow-burn new age tune, with awesome guitar work and proper Detroit-y strings. The production is really sharp and considering this was recorded in 1988, the sound design is very impressive. This would really work at the start of the night for the transition from your ambient and beatless stuff into your build-up fodder.

The Radio Crew – Breaking and Entering

Really digging the cosmic synths at the moment, having somewhat graduated from my cheesy italo synth phase. This is a really good example of those cosmic synths in action. Although this seems like an electro song, it is actually a hip-hop/electro-funk beat from the Afrika Bambaataa mould and was used by breakdancers in California in the early 80s. It’s kinda electro before electro was properly a thing, which I think is pretty cool. This could be used as a schooling to show the intrinsic connections between hip-hop and electro. The bossman The Egyptian Lover is also credited as one of the producers on this track, and his 808 wizardry is clearly evident on this song. Killin’ it!

I’ve always been a huge fan of Luke Hess, and this is my new favourite song from him. I know that Steffi has been caning this song recently, which isn’t that surprising considering it was released on Dolly; the sub-label of Klakson, which is run by herself and fellow Panorama Bar Dutch stalwart Dexter. This song is pure Detroit. It is excellently driven and feels suitably restrained, resulting in a very intelligent and satisfying product. The cosmic-tinged synths (shock of the week) and the bounciness of the hi-hats gives it suitable impact to ensure that it would cause devastation on the dancefloors. It has that signature je ne sais quoi which I feel encapsulates Steffi’s sound, both in her DJ sets and her own productions. I’m not knowledgeable enough about music production to properly pin it down, but listen to something like this by her and maybe you can work it out. Even if you don’t, Nightspacer is an absolute slammer so listen to it anyway. Bigups to Luke Hess the boi for this, will definitely be playing this one a lot in the near future.

Ahhhhh, this song just screams summer! The chirpy synths are intoxicatingly uplifting, there’s a bloody saxophone and the vocals are just straight up killer. What more do you want to your summer soundtrack?! It’s pretty hard to believe that this was made by three white Scottish guys, as it has the swagger and funk of a black soul band from Louisiana. What makes this song unique, in my opinion, is that the production clearly indicates that this was made through using samples, rather than with a live band. The production is far too tight, and the use of a synthesizer also gives it away a bit. In this way, it is far more like a Quincy Jones-esque pop song in its construction, but it is indisputably a disco song. It is also one of the only disco songs I can think of that uses a synthesizer without being an italo-disco song. If anyone can think of any other songs, then please let me know cause I will almost definitely like it! This is some seriously good musicianship considering it’s from 1983. Sounds as fresh as anything you will hear today.