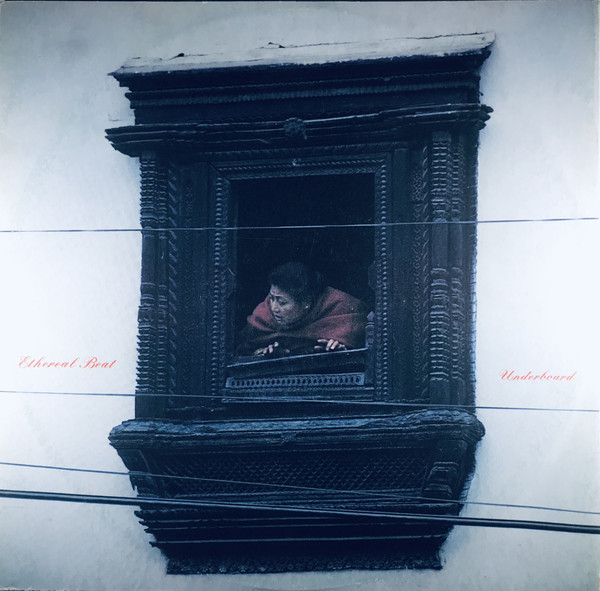 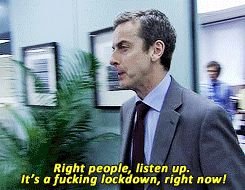 Sometimes it’s just better to let Malcolm Tucker do the talking… Get through these lockdown blues by listening to Untitled 909’s best finds of the month.

Well this is a bit shit isn’t it? I’m writing this having been in social distancing mode for over two weeks. At this stage I can barely remember what humans look like, I massively regret never buying shares in Zoom, and I am basically writing this as a way to delay my inevitable insanity by quasi-house arrest. I’m certainly not the first person to turn to writing for solace, but more often than not the ones that do end up with either an alcohol problem or a shotgun-bullet sized hole in their head, or if you’re Hemingway, both. One can only hope I just end up with the former… Joking aside though, something that may help you through your lockdown blues is some brand spanking new tunes from Music From Memory!! Well, when I say new, what I actually mean is re-released from the retrospective label, as this was originally released in 2015. In Music From Memory terms though – which usually looks to the 80’s and 90’s for inspiration – this is as fraîche as they come. This song is like a weird mashup between some new age diamond and a downtempo Hessle Audio/Timedance release. The soundscapes are excellent; meandering, vast and airy, yet intimate. Then there are some very modern touches like the little breakdown at 1:43 – tell me that doesn’t sound like something off Batu’s Marius EP?! The last half of the song pivots in tone and moves towards a psychedelic jamming session that gets pretty funky and weird. It’s cool, but in my opinion it would have been better if the song stuck with the original soundscapes and ran with that for a few more minutes. I was really captivated but I feel that the journey was unfinished, which is slightly underwhelming. But that does not mean that this isn’t worth listening to. It is. Get lost in those opening two minutes and enjoy what is the musical equivalent of a cup of tea and a big hug. And don’t we all just need that in these unprecedented (DRINK!) times?

Oh you think just cause we’re on a lockdown I was gonna go easy on you and only play nice and soft pyjama music? Ho ho ho, don’t think so pal… The only way you can properly listen to this is if you have both of your middle fingers raised at your nearest family member throughout. In many ways this is almost the polar opposite to the song before, which probably describes the range of my moods being stuck at home. This encapsulates my GET ME THE FUCK OUT OF THIS HOUSE mood, and it is an absolute stomper. The song is pure raw energy; minimal, with an emphasis on tribal drums, a quirky vocal sample and a growling beat that would make any dancefloor shudder. This song also came out in 2015 but it perfectly captures the shift in the current musical trend towards more bass-driven, tribally tinged music that is being championed by rising stars like Darwin, Re:ni and DJ Fart in the Club. If we weren’t in the midst of an unprecedented (DRINK!) pandemic, I would have predicted that this would have been the defining musical style of the summer. That makes me sad because there is nothing that would make me happier right now than to be jamming to this in some sunshine with a beer in my hand. At least I can do the latter right now, and hey! That gives me a good idea *wanders over to fridge*. Thanks for the tip Rory!

This is dance music how I like it: with bass that is tinnitus inducing and groove that provokes irresistible toe-tapping. This is a song full of contrasts which shouldn’t work, but combine to produce something really excellent. The song is driving, whilst still remaining delicate. It is bouncy, but not at all tacky. Most importantly however, it is bassline driven without being shit! I am still working out the boundaries between where tech house ends and minimal begins, and I am conscious that this very much lands on the minimal side of the fence. But it really is a fine art to create something like this that is a dancefloor focused roller, yet avoids the Marco Carola/Joseph Capriati sounding shite. Maybe it is those two lovely bleeps that save this, or perhaps it’s the mysterious, floaty vocal. I don’t know, but what I do know is that this is one of my best finds this month, and that it sounds absolutely wicked on a big rig. I played this in the Rye Wax basement (you can listen to my set here) at the beginning of this month – most likely the last gig I will have for a while – and I mixed this into a proper old Anne Clark tune of questionable source and even more questionable sound quality, and the contrast between the two’s sound design was laughable. The eruption of the bass nearly blew the socks off the crowd when it came in, which is just how I like it. Maybe socks aff can be the new taps aff?

For some reason all my favourite finds this month seem to be really bassline dominated. Maybe it’s a sign of how much I’m missing the doof. It does seem that going out dancing would be the perfect way to alleviate the anxiety of living through this unprecedented (DRINK!) period, but annoyingly that’s precisely the one thing we can’t do at the moment. This is the sort of music I’m craving: high-drama, big room rave music. This toes the line very nicely between old school breakbeat and that sleazy house music that could only ever be from the 90’s. I love those soft, warm synths, which seem out of place with the rest of the song but they are great and offer a nice respite to the rest of the pandemonium. Those piano chords are absolutely wondrous as well. Ah man, they scream menace and deceit and danger, and I’m totally here for it. They make you feel like a rulebreaker, and that’s precisely the rebellious spirit that this music represents. Again, all of these descriptions might show why this song is so appealing at the moment. This is my own form of rebellion against this predicament we find ourselves in. Hell yeah I’m gonna stay inside and wash my hands, but I WILL listen to provocative music, and there’s nothing you can do about it Boris.

If you are looking for an unconventional anthem, then look no further. It’s weird how some songs are described as ‘anthems’ and it’s quite hard to break down why a song is or isn’t an anthem. There’s the traditional anthem which is one where you can belt the chorus with tears in your eyes at your mate’s BBQ or in a field with 50,000 other people in the pouring rain. Think your Oasis What’s the story… tunes which are generation defying and Three Lions which defined a whole summer when England weren’t shit at football and a whole nation came together briefly – right when we were in the middle of Brexit trench warfare. Then you have songs which have big melodies that are just made for big festivals – think Arcade Fire Wake Up and other songs in that vein, which are less lyric focused, but are still no doubt anthems. Then you have your other kind of anthem, the ones that no one has ever heard of, that don’t always feel anthemic throughout, but there’s just that one bit that just has that most righteous stuff. That quintessential, indescribable knowingness that this bit is anthemic, pure and simple. This song has that. You know, that anthemic feel, that righteous stuff, you know, just… that! There’s no point me trying to explain why, or how, but I just know. All I can do is signpost you in the direction of such greatness and allow you to make your mind up. But listen to that saxophone, combined with those progressive chords, and tell me that this song is not that song which raises the tempo of the party, that tells the crowd that you mean business and that they better get their dancing shoes on real quick. This is what this song is to me. An anthem as pure as any other I have mentioned. No, it’s not got the appeal of an Oasis classic, the nation building potential of Three Lions or the macro appeal of an Arcade Fire lighter raiser, but it just has that essence that clings to them all like oil. And damn, don’t we need an anthem right now to get us through these… I’m gonna say it… unprecedented (DRIIIINK!) times.