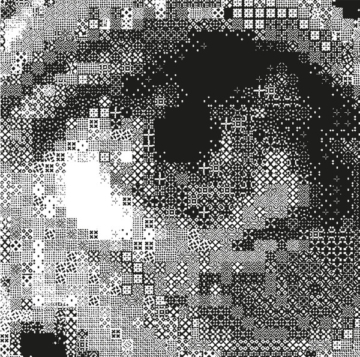 Once again we spent too much of December engaged in gluttony to do a Tracks of the Month… but we hope to beguile you to forgive and forget this hiccup by sharing some extra killer tunes with you that we’ve been feeling.

Unknown Artist – We Are Not Alone

Is it just me, or does this sound precisely like an electronic interpretation of a sunrise? The way the song sleepily awakens and expands is perfectly harmonised with the world greeting the dawn and the delicate bassline is reminiscent of light spilling into the horizon. Maybe I’m getting a bit carried away, but the depth of the sound design and its killer mix of precision and subtlety makes me believe that this song suits the grandeur and symbolic significance of a sunrise. I like how the warm and comforting atmospherics heavily contrast the throbbing and unsettling bassline. The bassline is potentially my favourite part of this song, as it feels so alien and surgical, yet the slight wub gives it a distinctly UK flavour. It is difficult to signpost this song into a specific genre, as it is 160bpm but it categorically isn’t jungle or DnB, and my only option is to throw it into the murky waters of the IDM category (AKA don’t know what else to bloody call it). It would be difficult to translate this into a set, as the energy levels are low throughout and it is more a song of retrospection and intelligence, rather than accessibility and danceability. Yet its groove is hypnotic. Its melody affable and inviting. Its climax triumphant and ambiguous. This is pioneering dance music that makes you think instead of dance. It is iconoclastic to its core, and I love it.

I’ve included this to prove that not all my music is as moody as a Hoxton hipster before their first coffee. This is the title track from the last album ever made by The Sylvers, an RnB family group who found modest fame in the 70s and early 80s. Indeed this was released after all by Geffen Records, the label ran by none other than megastar music exec David Geffen. The Sylvers therefore share the same record label as artists including Nirvana, The Stone Roses and Elton John. This will probably give you lofty expectations for this song, but hopefully it lives up to the billing. This is classic 1980s funk. The production is squeaky clean. Its flow is so smooth and the execution so precise that it is unmistakably the product of superior mixing facilities and a killer producer. I don’t know much about the recording process but I can certainly pick up on the improved mastering of records and the tightness of the production once you move beyond the 1970s. This is apparent here. The song itself isn’t remarkable on the first listen. But give it a couple of go’s and I guarantee that by the end of the day you’ll be singing ‘It’s Bizarreeeeeeeee’ under your breath wherever you go. It’s just too damn catchy and too damn funky to get it out of your head.

I found this very recently as it was the opening track to nd_baumecker’s ill-fated Panorama Bar 07 mix. I say this because the mix has been unfairly burdened with cancellations, postponements and disappointments because of licensing issues which prevented the mix from being released. Thankfully, Ostgut Ton (the mix’s distributor) has wiggled its way through these issues to release what is a very good mix. It doesn’t quite hit the heights of some of its previous entries, especially those by Ryan Elliott and Prosumer, but it is a wonderful microcosm of the Panorama Bar ‘sound’ by one of its resident DJs. The thing I admire most about Berghain and Panorama Bar is the focus on their resident DJs. The club’s record label, Ostgut Ton, releases music almost exclusively made by their residents, and because the resident DJs are given a monthly opportunity to play 4+ hours in the best club in the world, it means that many of their residents are unsurprisingly amongst the best DJs in the world. Artists such as Ben Klock, Marcel Dettmann, Tama Sumo and Steffi are generally regarded as the closest thing Berlin has to royalty, and the next generation of residents – artists such as Kobosil, Roi Perez, Phase Fatale and Answer Code Request – are eagerly touted as some of the most promising and exciting talents in electronic music. Anyway I digress. What I was originally hoping to say is that this song almost singularly defines what I envisage as the ‘sound’ of Panorama Bar. I touched upon this earlier, as the entire mix seems to dwell upon the emotions and moods that this record evokes. It is difficult to put down onto paper, but there is a certain Je ne sais quoi to this ‘sound’, especially because I have never actually been to Panorama Bar, so my interpretation of it is a total construction within my head. But those qualities. The dreaminess. The lightness. The unquantifiable deepness. The mystery enveloped deep within those cloudy synths are as unreachable as the club buried deep beyond the impenetrable doors guarded by the all-seeing and all-knowing bouncers, whose judgement and glare penetrates your soul like the eyes of Dr T.J. Eckleburg.

Futhur Electronix is one of my absolute favourite record labels at the moment. Although a relatively new outfit, it already has a number of stellar releases from respected, yet obscure artists such as Cignol, Junq and Brainwaltzera. The releases share a common DNA of being acid/electro/IDM focused, but the emphasis is really on quality electronic music. Every record label ever has arguably had/wanted to have/pretended they did but definitely didn’t have/might have once had but now doing it just for the money (pick whichever one suits the record label you have in your head… imagine this is Untitled 909’s answer to Bandersnatch…) this trait, but I have never been more taken by the purity of a label’s intrinsic focus on quality music. Critics will moan that this, combined with the limited supply of records available (most Furthur Electronix releases only consist of about 300 records) means that it is essentially an elitist and exclusionary record label solely for chin-strokers. Hell, this might even be true, but when the standard of music is this high, who really cares about whether Mr Goatee or Mr Urgently Needs To Shower is going to brag about owning this release online?! I cautiously do not put myself among these categories, but I admit that I begrudgingly told my friends about Furthur Electronix because, being an amateur DJ, about 95% of my job is making sure that my mates and other rival DJs don’t nick my tunes, and I was reluctant to give them the whereabouts for my fix of euphoric, acidey electro bangers. This song absolutely sates this desire. Whilst it is not specifically euphoric in a gooey, hyperbolic context, I think that the song is slyly triumphant and resolutely hopeful. It is beautifully restrained by its 16 bar repetition. There are no expanding octaves or ecstatic crescendoes, it is instead a slow burn that gradually unravels its story. Its pace is commendable, as the layers build upon each other incrementally, testing the patience of the listener but rewarding those who stick with it immensely. The craftmanship of Lou Karsh is impressive. The hype around him is steadily building, as his Ataraxia EP is extremely well-regarded and if the rest of his album Phantom Structures is as good as this song, we could be looking at one of the hottest releases of 2019. I for one am going to pounce on this vinyl as soon as it’s released. I wouldn’t usually say this, but if you don’t listen to this song then that’s fine by me, because it means you won’t be my competition when I’m trying to buy a copy.

One of my favourite things about electronic music is that the really good stuff is simply timeless. Say what you want about the Stones, The Ramones, New Order, Biggie Smalls and Timbaland, but they are all bands and artists that helped define a decade and hence are strongly reminiscent of that decade. Quite simply, they can’t help but sound like the time in which they’re from. Electronic music manages to escape this limitation. I think this is primarily because of techno’s emphasis on the futuristic and that the music is made from machines and computers. But whatever the reasons, music from 1984 can sound more fresh and contemporary than music released yesterday. My point is, this song was released in 1993. That’s two years older than me!! However, if I blindfolded you and made you listen to this and say, the Lou Karsh song directly above, could you really tell me which song hasn’t been released yet, and which song was released in the same year as Whitney Houston’s I Will Always Love You. Exactly, didn’t think so. This song spellbound me when I listened to it. I first heard it in a video on IOM of Craig Richards playing it in the early hours at Fabric. A fast scurry of research later and I had found the song, found that it had recently been repressed (perhaps why it had found its way into Richards’ record bag so recently) and discovered that it was absolutely AMAZING. This song is such a statement. The chords are so powerful they are almost swollen by hubris. In a person this means that they are a massive dick, but in a song this means it that possesses an incredible energy and feeling. The atmosphere feels suitably sci-fi and futuristic, but the melody is so disarming in its purity and innocence, that the contrast between these two must mean something. To me, it is a narrative that this song is about the unfettered optimism and adventure of mankind’s spirit, exploring the edge of the universe. The song’s title, After Life, suggests something similar to this also. However you understand this song – and music is subjective after all – I hope you take the time to listen and feel within you what those chords are trying to tell you and what they mean to you. Music as evocative as this needs time to fully reveal its beauty. Sort of like a fine wine… Although my knowledge of wine is developed to the point that I know which ones taste quite nice as they go down my gullet, so [insert a suitable analogy that you can identify with much better here].