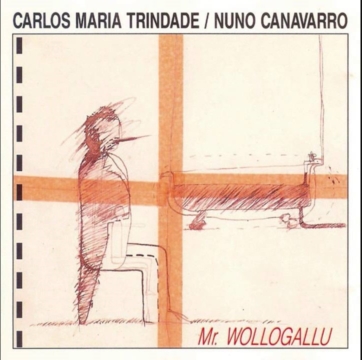 RT: This is a wildly exotic ambient cut from the União Lisboa label, a prolific Portuguese imprint from the 1990s. I nearly heaved when I saw the price of this record on discogs, and owning it remains a complete fantasy until it gets hopefully repressed (Music From Memory I’m looking at you). This song beautifully combines dramatic tribal drums with latin guitars and triumphant horns to create a serenely memorable work of art. The atmosphere is built very methodically and delicately risen to a supreme crescendo. It is mysterious, romantic and affirming. My favourite find of the last month 100%.

RT: I am a sucker for a big glossy disco number. This song encapsulates all of the sunshine and boogie that South Africa has to offer. It has bright, chirpy and progressive chords, combined with a big, African tinged (go easy on me IDoMG) vocal with a catchy hook. This is perfect for adding a bit of an edge to a wedding or house party, as it is accessible enough to appeal to everyone. It also has the Antal seal of approval, so that’s all you really need to know about this record.

RT: This 2013 offering from Gerald Donald aka. Dopplereffekt is quite something. It has all the glitchy, futurist characteristics of a Dopplereffekt record, but manages to be completely fresh. The synths in it are magnificent, and are bursting with ceremony and emotion. The beat might seem a bit flaccid compared with other Dopplereffekt productions, but to me this only suggests that its orientation isn’t completely club-minded. However, I imagine that if this was played in the appropriate place at the appropriate time – e.g. as the shutters open at Panorama Bar – it would be jaw-droppingly epic. It has that distinct sound that to me suggests it could have only been made by Dopplereffekt. That level of heterogeneity is what all electronic producers should strive for.

RT: Tornado Wallace released his debut LP Lonely Planet in January of this year. I’ve listened to it a couple of times now and have withheld taking a definitive position on how I rate the album until now, in order to allow some reflection on it.  It’s clear that it’s one of those albums that needs time for its wonder to materialise and make itself apparent, the most recent example for me was Frank Ocean’s Blonde, which took about 5/6 listens for me to truly understand its mastery and to subsequently declare it a superior album to his previous LP, Channel Orange. Anywayyyy back to Tornado Wallace… I am seriously impressed by this album, and this song in particular. It’s a massive change of style from his previous body of work that mainly consisted of tribal stompers. It incorporates various elements of ambient, nu-disco and deep house into a wonderful amalgamation, all while maintaining his signature tribal imposition. This song is my favourite off the album (although honourable mention must go to Healing Feeling), as for me it evokes imagery of finding a paradise deep within the depths of a jungle. This is a rather abstract conception that one can apply to anything, and thus it touches on a rather deep emotional feeling. I can’t wait to see Tornado Wallace and the King of the Jungle aka. Young Marco tear up Corsica Studios on the 17th Feb. If you don’t hear from me again after that it’s probably because their music has inspired me to become an Amazonian tribal warrior.

RT: I heard DJ Dustin play this at the Giegling showcase in London last year and it has resonated with me ever since. Considering it was unknown and played by the Giegling stalwart, I assumed it was a Traumprinz production, and I wasn’t wrong. The super-elusive producer is the king of the underground, and in my opinion there is no one better in the game at producing driving, chord heavy emotional house. I am one of the many lemmings that will instantly buy anything from his Traumprinz/DJ Metatron/Prince of Denmark alias’ when they appear (well… anything <£100), and the mystery surrounding him is the stuff of legend, as music forums on Facebook regularly discuss his near-mythical appearance at Berghain on Holy Klubnacht. This is his latest offering, which is as yet unreleased. The simplicity here is king, as the chords, hi-hats and that hypnotically driving beat are all that is needed to keep the song going. While this doesn’t compare to some of his other productions (All The Things, Pulsierendes Leben and U’ll Be The King Of The Stars personally are my faves), it is a great, club-focused record that will most likely arouse considerable fervour in record shops across Europe when it is inevitably released.